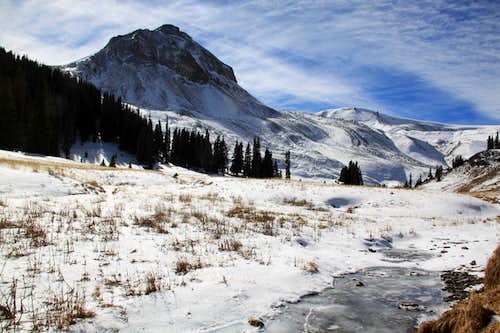 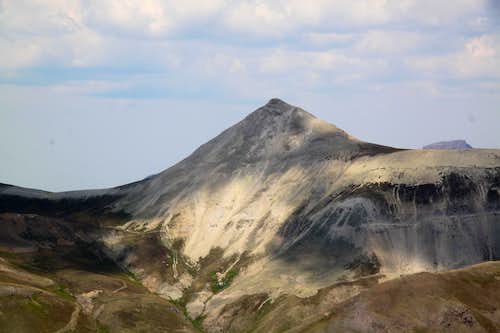 UN 13093 as seen from the east ridge up Gravel Mountain
Unnamed 13093 is a ranked and official peak located in the San Juan Mountains near the historic town of Lake City. It is an unnamed peak, which is pretty common in the Colorado. We have so many peaks and not enough names.  UN 13093 combines really well with another 13er Sunshine Mountain and if you wish to bag another peak, you can add a 12er Dolly Varden Mountain. The traverse between Sunshine Mountain and Unnamed 13093 is a long high altitude walk over several small "bumps". While Sunshine appears as a relatively boring mountain, Unnamed 13093 has a lot more interesting shape. UN 13093 is a low 13er, so it does not attract many peak baggers. The views from its summit are spectacular! This is a great hike for those seeking solitude.
Class: 2
Colorado Rank: 574 (there are 584 official 13ers in Colorado, the rank includes also 14ers)
Parent Lineage: Sunshine Mountain
Nearby Mountains:

During the summer months the approach is really easy, but it does require a 4 WD vehicle. From the small town of Lake City drive the scenic alpine road towards Engineer Pass. The road is initially nice and easily accessible by 2 WD vehicles, but it does become rougher later on. The drive along the Henson Creek is beautiful and popular with fly fishermen.
At 9.2 miles turn off for the North Henson Creek Road (signed). Continue on FS road #870 past the Matterhorn Creek TH at 10,400 feet. Continue up on the North Henson Creek Road (left) continues higher up for an additional 2.2 miles. At a large bend in the road, there is an obvious trailhead with no signs - this is our trailhead for Sunshine Mountain and UN 13,093.
The road # 870 continues for another 1/4 mile to a gate with signs privater property. 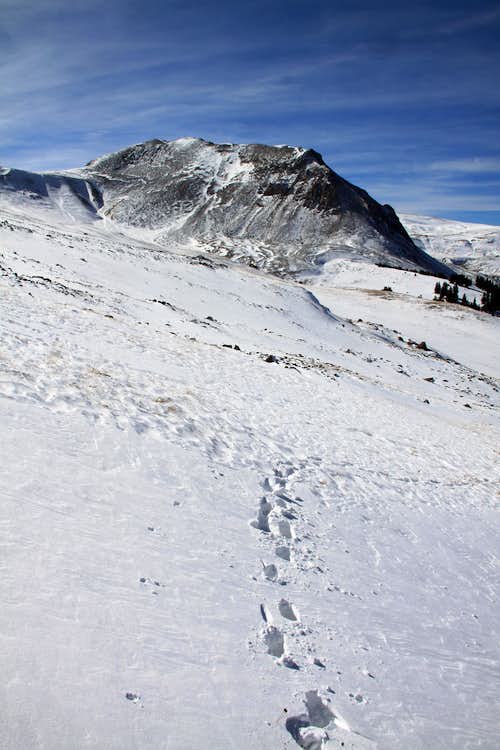 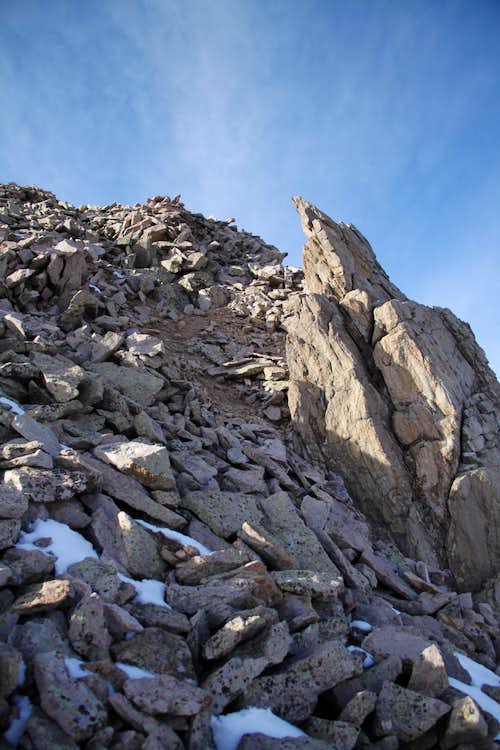 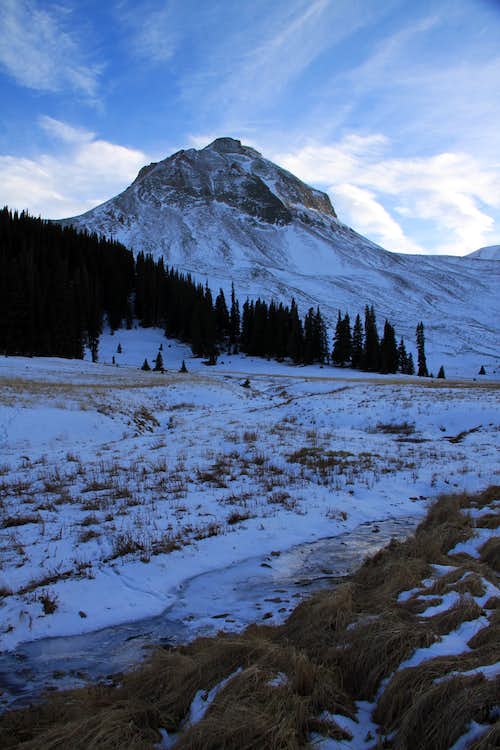 UN 13093
Walk on the trail, which should be easy to follow during the summer months, but may be more difficult to see if covered with snow, up into a more open valley. The walking is easy and you can see your destination = UN 13,093 = soon after hiking on a trail. I think it was just after a few meters I was able to spot the pointy summit of UN 13093. Ascend for about a mile, and then you enter an open space, creek, and you will get even a better view of UN 13,093 and Dolly Varden Mountain (see the first image in overview). Sunshine Mountain - appears as a pretty boring outing from here and you cannot see the actual summit of Sunshine.
I chose to cross North Henson Creek here and hiked up through the woods towards the Sunshine Mountain first. After summiting Sunshine (several false summits), I return back to the saddle and continued towards UN 13,093. The route finding is very obvious. The hike between these two peaks is long: 1.4 miles and it does involve going up and down over several elevations along the ridge. The eastern slopes of UN 13,093 are not very steep, there is some loose talus, but nothing exceeding class 2 difficulty.
The summit has a nice cairn. I did not find a summit register.
The views are spectacular, especially over to Wetterhorn and Uncompahgre 14ers. Enjoy!
Return: (shorter days of mid November made me turn around and go back, I was considering going over to Dolly Varden Mountain). I descended the short steeper east slopes (the same way as I came up) and dropped into the valley below, soon I ran into my footsteps in the snow and followed those to the trail.
This is a pretty short outing, can be done 3 hrs (I spent 1/2 hr on each summit just meditating, eating, relaxing and enjoying the views) and the whole trip took like 4 hrs. I did have to break trail through the snow at some sections. The hike is dog friendly.

Driving, parking, and hiking are free. There is limited parking at the TH for several cars. As mentioned above, driving past the u-shaped curve, does not help since the road is closed just a few hundred meters above and then it enters a private property.

Summer and early autumn are the easiest providing the ability to drive to the trailhead and an easy terrain to navigate. I was still able to drive to the TH in November, but had to use 4WD and was sliding at sections through the snow (one more snow storm and the road will be closed).
The winter provides a longer access and avalanche prone terrain. Always check avalanche conditions prior venturing out during the winter season.

Primitive campsites are located along this road. Expect a lot of campers at the lower sections of the road since it is also an access point for Wetterhorn and Matterhorn Peaks.