The Lost River Range has the grand distinction of being Idaho's highest mountain range. It boasts seven of the nine coveted “Twelver’s”. This rugged range stretches from the Snake River Plain in the south to an area near Challis, for a distance of around 80 miles.

The central part of the range is the very highest, with each end slightly lower in elevation, reaching only into the 11,000 ft range.

Looking Northwest from the summit of Breitenbach. No Regret, Donaldson, Church, Bad Rock, Leatherman, White Cap, Sacajawea, Borah. You will find Corruption off to the right.

Starting from the south, such peaks as King, Jaggle, Sunset, and others, tower over the lower Big and Little Lost River Valleys. In the central part of the range, you will find the Idaho giants - McCaleb, Lost River, Breitenbach, No Regret, Donaldson, Church, Bad Rock, Leatherman, White Cap, Idaho, Borah, and more. The northern end possesses Dickey, Grouse Creek Mountain, and a few other lesser-known peaks. Many many un-named peaks are to be found here. Even some of the very highest are still unofficially named.

The west face of this range is exceptionally steep, with the east side being less so and containing much more in the way of running streams and lakes. Please note that the east side is much more difficult to access, with long rough dirt 4x4 roads being the only way in. The west side is bordered by US Hwy 93. The distances to the “trailheads” are shorter but no less rugged.

The range can be crossed in two places. Pass Creek in the southern area and Double Springs in the northern section. Unless the roads are wet a 4x4 is not needed on these two low passes. These scenic routes link with the road connecting Howe and Ellis.

Looking Southeast from the Summit of Breitenbach. Lost River Peak, USGS, Invisible, King. Off to the right are the White Knobs and the southern end of the Pioneers.

The Lost River range, a fault block mountain range, has incredible vertical relief on the west side. A slightly less steep east side finds foothills, a small number of alpine lakes and several permanent streams.

The range is made up of folded Proterozoic and Paleozoic sedimentary rocks. The Lost River fault runs along the base of the mountains, and has been active over the last few million years. Huge alluvial fans radiate from the steep canyons and spread out over the valley.

Much of the northern end of the range, towards Challis, is covered with "Challis" volcanic rocks, making them very colorful.

The large 1983 7.3 earthquake occurred along the western side of the range causing minimal damage to buildings and only 2 deaths, mainly due to the remoteness of the area. 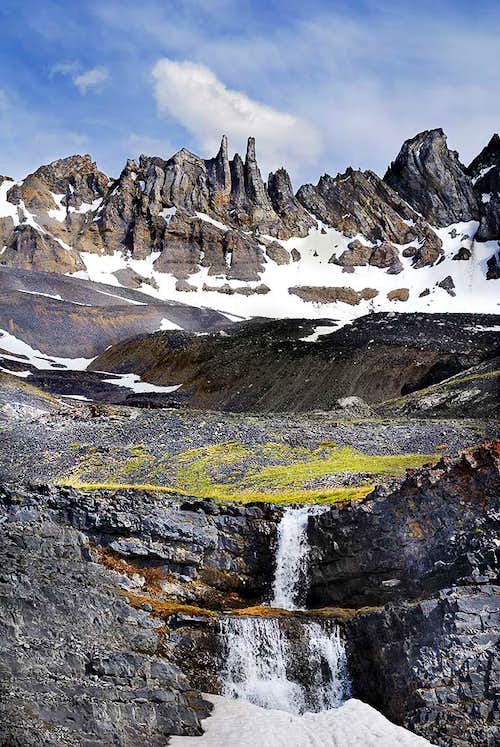 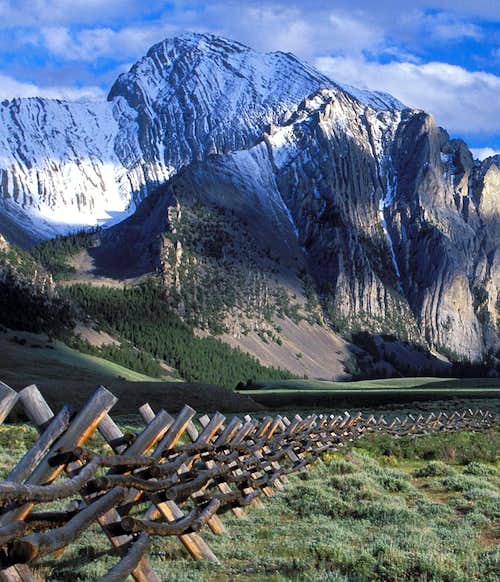 The access roads into this area can be some of the worst in Idaho. A high clearance 4WD is a necessity, as is a few spare tires and some extra gas. There are few services on the Big Lost side of the range and none on the Pahsimeroi.

There are no developed campsites in the Lost River Range. the best place to camp is at the Joe T. Fellini Campground on Mackay Reservoir. It is only a few minutes to the access points for most of the 12ers and the view is incredible.

There are primitive campsites at the Borah Trailhead as well as the East Fork of the Pahsimeroi. 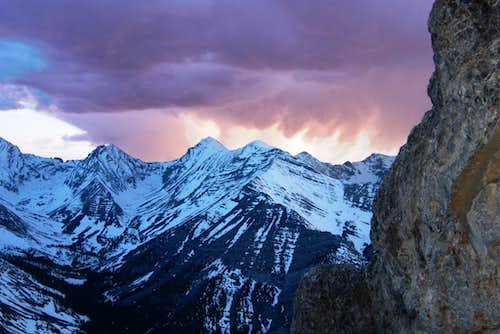 To find trip reports, as well as more current information on conditions in the range, check out these sites.

Idaho Outdoor Forum this is where the locals chat about the mountains.

Idahosummits.com The parent site for the Idaho Outdoors Forum. Many great trip reports are found here.

Splattski.com A ton of great trip reports and info.