In Slovenian language č, š and ž are pronounced like ch, sh, and zh. Our mountain is written Strma peč. 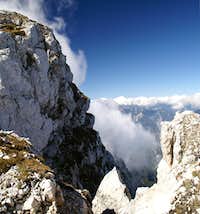 Gangolf Haub - on the summit ridge 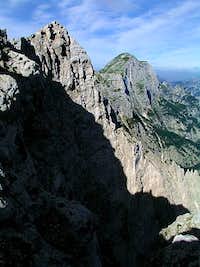 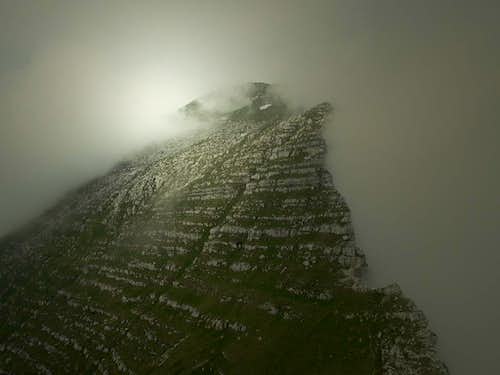 Monte Cimone / Strma peč is one of the most important and impressive summits of Western Julian Alps (don't confuse this Monte Cimone with the one in Appenines). It stands in the main crest of Viš and Montaž group, between the valleys of Dogna / Dunja (on the north) and Raccolana / Reklanica on the south. It is the highest elevation in the whole strong crest going from Montaž towards the west.

While on the southern side the summit has steep grassy slopes (except one big vertical wall), on the northern side a high vertical drop falls many hundreds meters down to the 'Sfonderat' (bottomless) gorge. Towards the west of Monte Cimone / Strma peč the main crest soon divides into many side ones - the world ow wild and hardly ever ascended peaks. Towards the east a steep ridge falls down on Forca di Vandul (notch), 1986 m, where the massif of Zabuš begins. Close to the main summit on the SE side there's also a fore-summit, called Pizzo Viene, 2124 m.

Monte Cimone / Strma peč is a summit for everyone. It can be hiked-up by one of the two ferratas, for those who want to discover unknown mountain slopes on the western side, there's plenty of room for discoveries and for technical climbers the north wall and the south-west wall offer some nice routes.

From all sides Monte Cimone / Strma peč looks like a mighty, high dome, with side walls falling steeply into the deep valleys around. Only its south-eastern side reveals its "weak" side - there steep grassy and rocky slopes are lowering down, enabling there the normal ascent route to go.

As the mountain is already a bit remote to higher mountains in the group, also from the summit of Monte Cimone / Strma peč the views are extraordinary. The view on Montaž is very special. This hreat mountain is seen from the west-southwest, so its appearance loses the characteristic, tower-like shape. But it remains high and mighty and in its western walls we can from thist standpoint distinguish every feature. Very impressive are also views on the wilderness at Montaž foothills - into deep and wild ravines, on the knife-edge ridges and over the abysses above Dogna/Dunja valley. These scenes are outweighted by a bit more kind nature of the southern slopes.

ond - The great view towards Montaž

1.a. Normal SE variant. We start on the Pecol road end parking place, 1520 m, or from Rif. Brazza (hut), 1660 m. Going westwards we cross the Altipiano del Montasio, continue over the south slopes of Monte Zabuš, ascend Forcella di Vandul, and again towards the west over the ridge between Pizzo Vienne and Monte Cimone / Strma peč to the highest point. 3 h 30 min.

1.b. The variant SE route continues below Forcella di Vandul towards the west and ascends the ridge between Pizzo Vienne and Monte Cimone / Strma peč through the valley above Pala del Larice meadows. 4 h 30 min.

From the road in Dogna/Dunja valley to bivouac Cividale (2 h 30 min). Then crossing the north face of Monte Cimone / Strma peč to the exposed grassy ridge, where the ferrata starts. The route is hard, but pegs and cables are in good condition. It ends on Sella Vienne, from where we ascend the summit. 1840 m of altitude, some 7 h only for ascent! 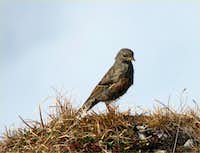 Summer and autumn months are the best. In these areas the weather is most stable from July till October. Due to a few steep and exposed sections, a winter ascent from SE requires full winter equipment and must be hard enough. Due to many crossings, a ski tour is not popular. 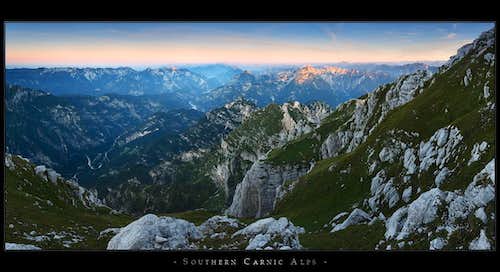 ond - SW views from the bivouac

On the mountain there are two bivouacs:

Your Help Is Needed!

Please add more information to this page. The following is most needed: