It was time for another trip into "The Gorge", the fifth for 2015—a great year in this regard. I didn’t want to bushwhack as deep into the chasm as a few weeks prior so the second named wall seemed an appropriate choice. The Feline Wall, as it’s named, is slabby with a plethora of cracks and room for a new route—perfect. Given its slabby nature, I felt confident that I could lead a line.

My partner was a gentleman named Justin Thalheimer. We hadn’t yet climbed together but had chatted on Facebook and met last March at the Winter 46er dinner. As usual the day began around 4:45 am when we met at Rooster Comb Trailhead and took a single vehicle up to the Garden. We were walking by 5:10 am in the usual semi-catatonic stupor indicative of the early hour. I was fully awake by 8:30 am when we arrived at Slant Rock.

It was Justin’s first time in the gorge and like other friends, let out a gasp of awe when he broke through the trees to behold the view from the Panther Den Wall. I smiled, such reactions always re-inspire me. I pointed out the various named routes as we descended and arrived at the Feline Wall at about 10 am. I surveyed other unexplored lines, but had a particular route in mind for this day.

The Feline Wall is a long technical slab that steepen about halfway up. There are lots of bomber cracks once you get past the lower slab. It has a broken buttress to its north and an interesting set of staggered roofs slightly to the south. The feel is different than any other wall in the area, slightly more intimate in my opinion. It offers stellar views of what we’ve been calling the Panther’s Shield, a blank slab on Mt. Haystack north of the All Things Holy route that Adam Crofoot and I added in 2014.

Kevin at the first piece of protection. 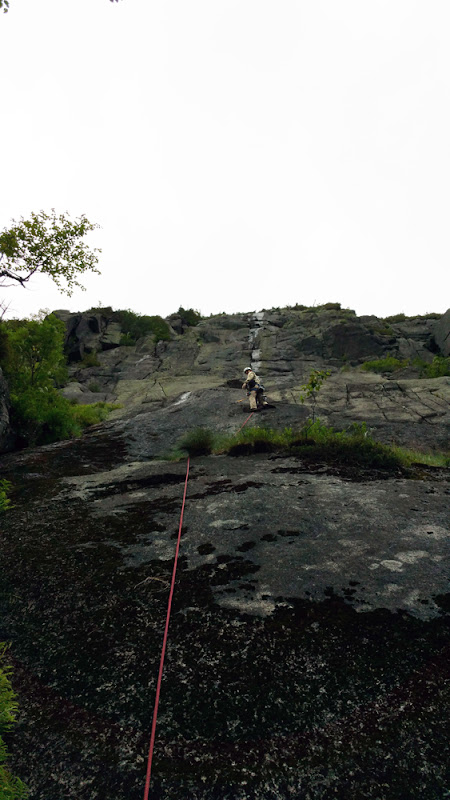 The bottom of the slab was mossy so we started climbing from a grassy ledge about 15 feet up. I decided to lead since I’m comfortable on unprotected slab. There was no protection until about 20 feet higher—nothing. A fall just below the first protection guaranteed a fall of up to 35 feet down 65 or 70 degree slab. I put this thought aside and studied the face.

Holds weren’'t especially obvious, only small crystals were available. I eyed the overlap up higher and looked at the face taking a tentative first step onto an 1/8 inch protrusion. I crimped (grabbed a hold only large enough to be grasped with the tips of the fingers) a nub with my right hand and felt secure. I repeated a few more times. I was reaching the point of no return—and that’s when the fight against the weather began. I was about 10’ above the ledge so about 25’ above the bottom when a few drops of rain fell.

I internally groaned since I didn’t want to contend with slippery stone before I had a piece of protection in. I needed to get up to the overlap. The slab required study to find the right holds in the right places. It probably wasn’t long, but seemed an eternity before I buried my fingers under the overlap. Once I placed a cam, I mentally relaxed. A small pod in the face took another critical piece of protection and the game was on...the drizzle abated as well, but for how long?

I traversed left on small edges to some minor cracks and placed a shoddy piece of protection that held long enough for me to rest for a few minutes. Face climbing led to a couple deep finger cracks that formed an “A” and nearly met at the top. The right hand crack widened to a hand crack that simply ate the cams. One hundred and ten feet above, I set up an anchor near a corner and stood on some small ledges. I belayed Justin to my position while watching rain clouds build over Elk Lake. 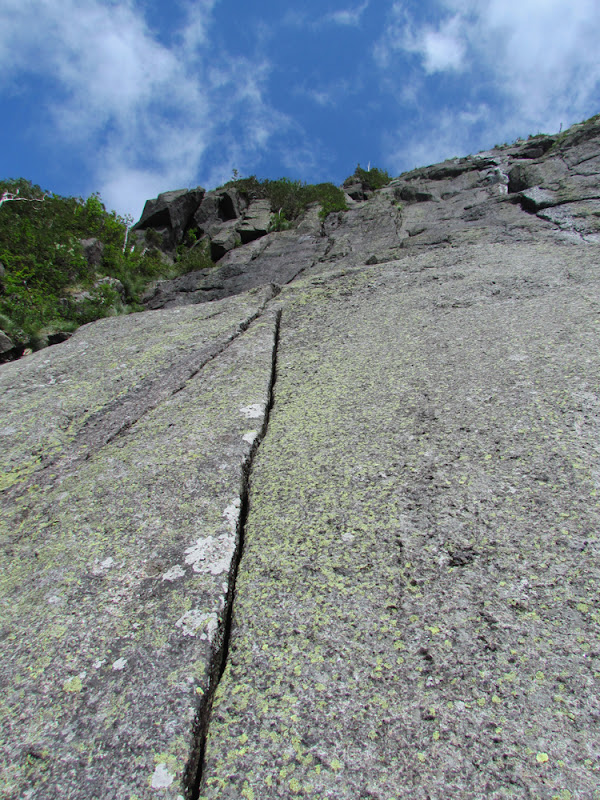 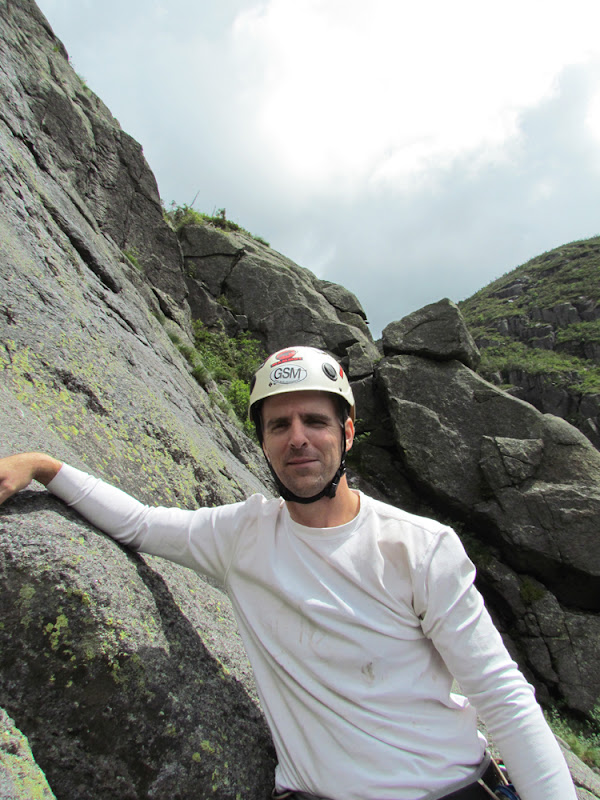 I suggested Justin lead the second pitch so we could both partake in the creation of the route. The top looked fairly straightforward up an obvious crack along the left-hand side of the face which would keep it separate from The Cat’s Meow route that climbed the center of the face.

It was August 1 and I’d been concerned about the heat; instead I became chilled as Justin climbed. I shivered and put on a rain jacket to cut the wind. Rain occluded the nearby ridge for a time before abating. Another formed and hid Allen to the south. I felt the wind change and watched the clouds rip overhead. A few more drops came down as the Allen storm skirted us and blew toward Keene. I later found out that Upper Jay and Wilmington received heavier showers.

Justin climbed the blocky crack to a corner and short chimney like area before stepping right onto the face en route to a gully at the top left. A clap of thunder from an anvil cloud on the other side of Haystack shook us. I heard Justin say, “That isn’t good...” Soon after the skies cleared and we climbed to the top. The final few feet took us out of the gully and onto the face before entering a vertical cedar womb, as I described it. This comical bushwhack led to a stout pine tree from which we’d rappel. Managing the rope in a tangle of trees and a 3 foot wide area was amusing to say the least.

Two rappels at 100 feet each along the left-hand side led to an area down which we could walk back to our packs. I photographed the face to the south and a series of cracks...something for another day this year. It had taken about four hours to create the route.

Kevin on the first rappel. 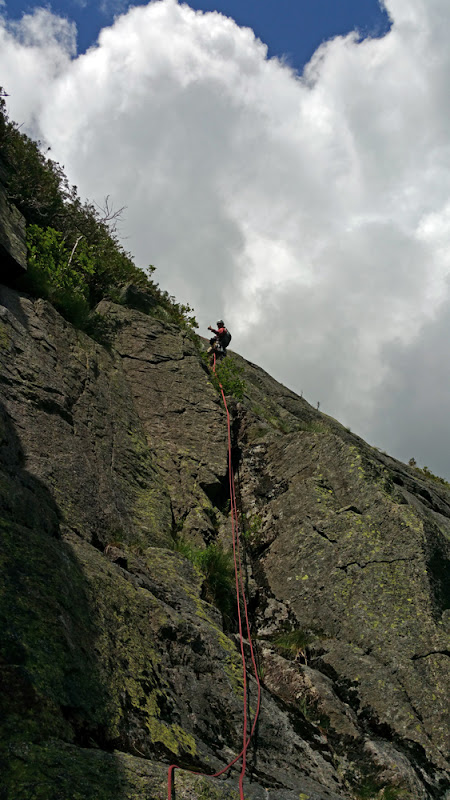 The day had an interesting mix of conversations as we share the same religious beliefs; we also share a mutual feeling of closeness to God in the deep wilderness—the more remote the better. While we toyed with a spiritual name for the route, but settled on Kitten’s Got Claws to keep in line with the feline theme of the wall. It also fit since the route looks easy from below, but it’s got a few surprises—get out your claws.

The bushwhack out found us at the trail around 5:00 pm with 8 miles to go. We took a much needed break at Johns Brook Lodge on the exit and met a couple French Canadian women—very nice people. They were running late and missed the shuttle back to Marcy Field, something that would add a few miles to their day. We were travelling at about the same pace so we offered them a ride and had company for the remaining three miles to the trailhead. We arrived back at the trailhead before dark after 15.5 hours of hiking and climbing. Another wonderful day in God’s country responding to the persistent call of the panther. 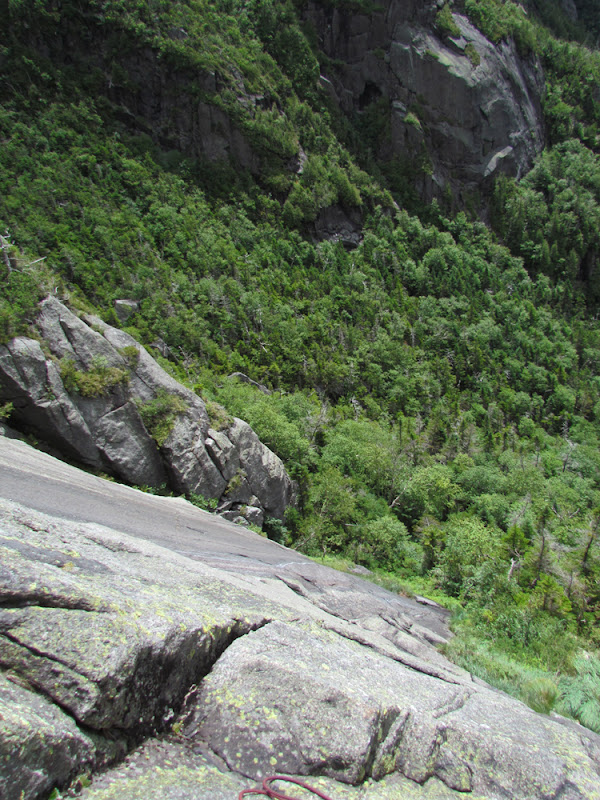 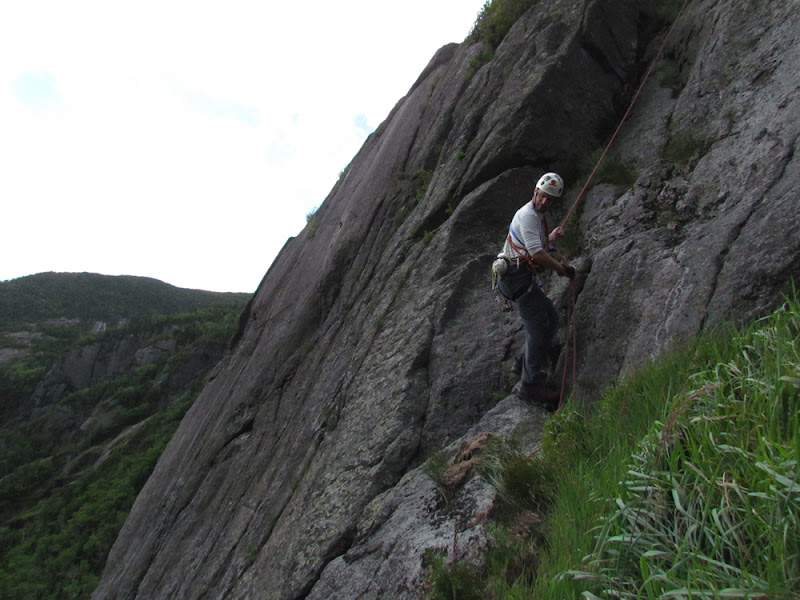 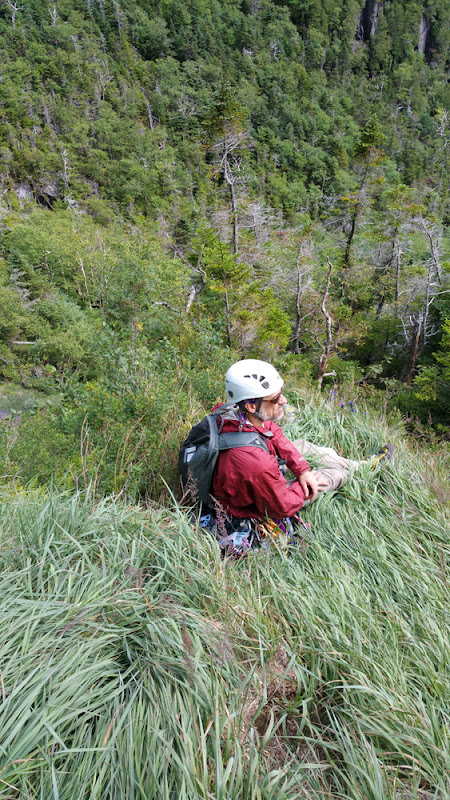