2014 December 27:
A day out is all about enjoying the scenery and, during this trip, the challenge of exploring my favorite destination during a different season. With conditions set up for a firm snowpack, a relatively easy approach by winter standards Maxsuffering and I set our sights on bushwhacking into Panther Gorge from the north.

We began trekking around 5:45 and got to the Haystack/Marcy col somewhere around 10:30 a.m. Trail conditions were bony until we were past Bushnell Falls (the brook was at normal level, but wide open) when they became downright tedious with open running water on some portions. Postholes from both bare-booters and snowshoers told of conditions the day before.

We reached the height of land and bushwhacked to the Marcy cliffs along the Panther Den Wall as usual. The scenery was beautiful with icicles and frozen flows decorating Haystacks cliffs and ledges. A strong wind blew the low hanging clouds from south to north obscuring the views often and diffusing the early morning sun.

Lower down, we found the Agharta ice route in fragile condition, it’s first pitch encapsulated in a sheet of ice with water running underneath...not good for climbing (I had some hope that it might be “in” since we had the gear). Continuing along, Adam led a great line side-sloping through the woods and across various gullies until we found a cool one to exit through.
Beforehand, however, we climbed up a small slide with a large roof...the exact spot that Anthony Seidita and I spent an hour on earlier in the spring. Huge ice formations decorated the sides, a big change from summer/spring conditions.

A climb up one of the nearby gullies began an ascent up 900 feet of elevation gain. The top gave us a moment to play on a little ice, but quickly led to snowshoe territory once again. Tree growth was surprisingly loose compared to what I’ve experienced on Marcy’s east side in the past...a nice change!

The bushwhack took a bit over an hour before we found the Marcy Trail well above the Phelps intersection. Snow conditions were wonderful on the trail if not for a few post-holes. The 8.4 mile exit took another four hours. As with all great adventures, we entered and exited under the light of a headlamp!

In the end the day was about incredible scenery, nature’s ever-changing winter artwork and a killer day in the backcountry. 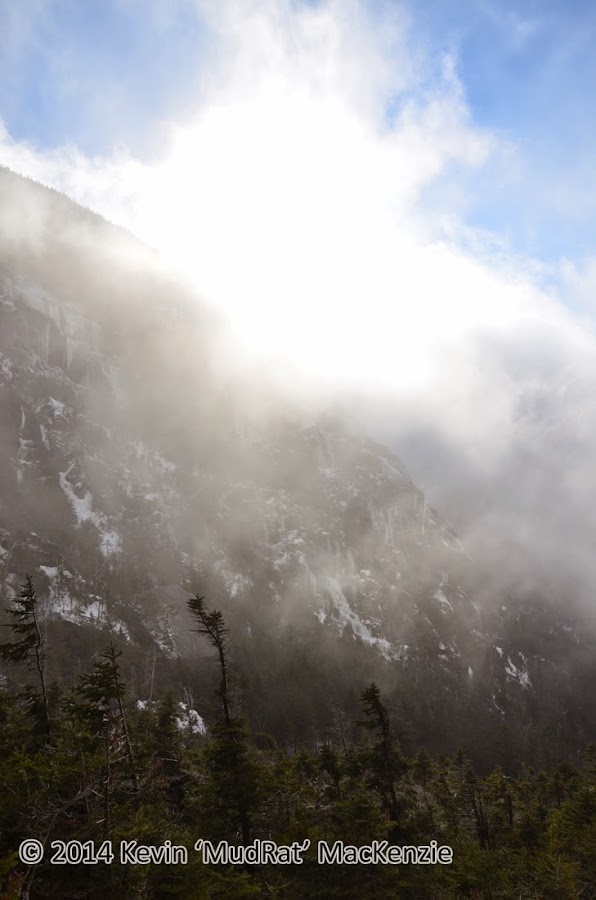 Diffused morning light over Haystack from below. 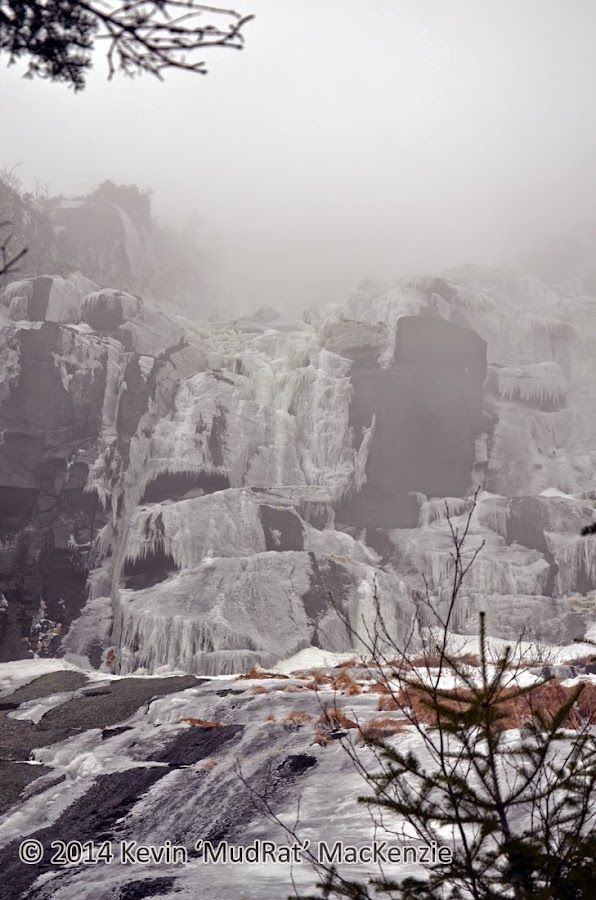 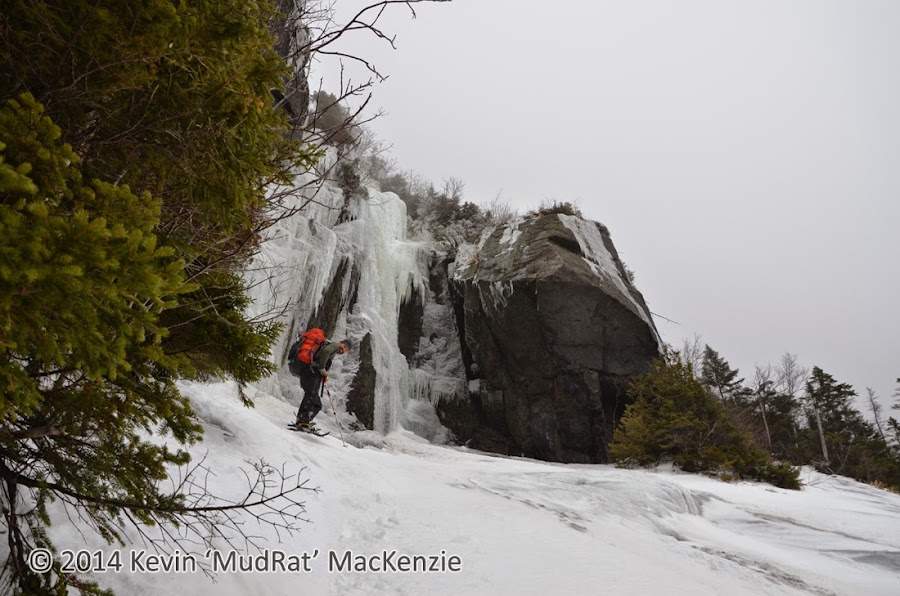 Slide top (partway down the gorge on Marcy side. 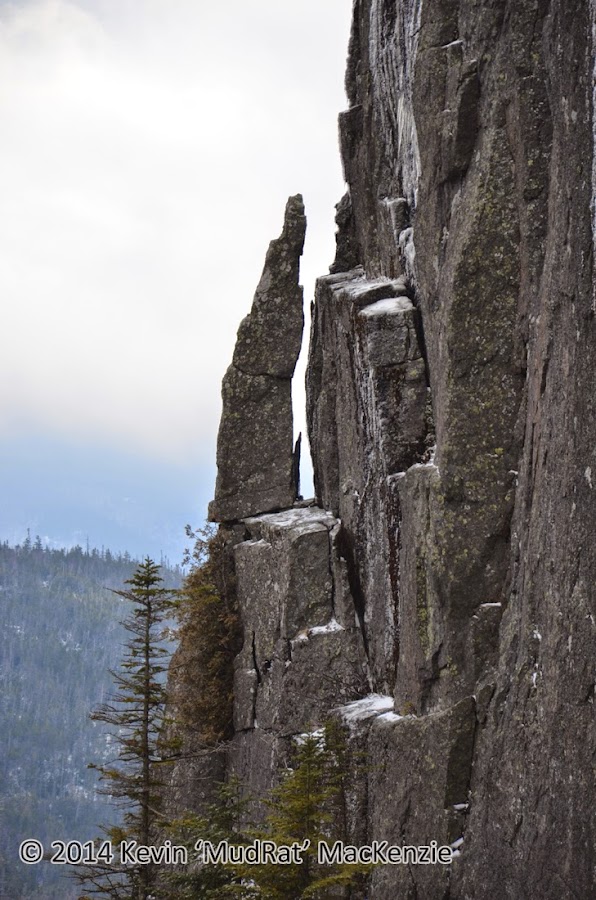 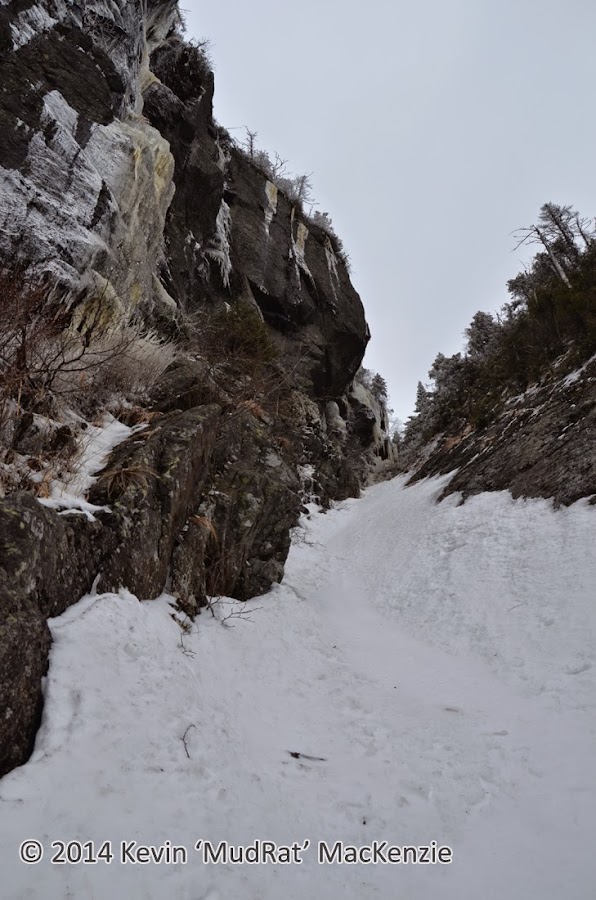 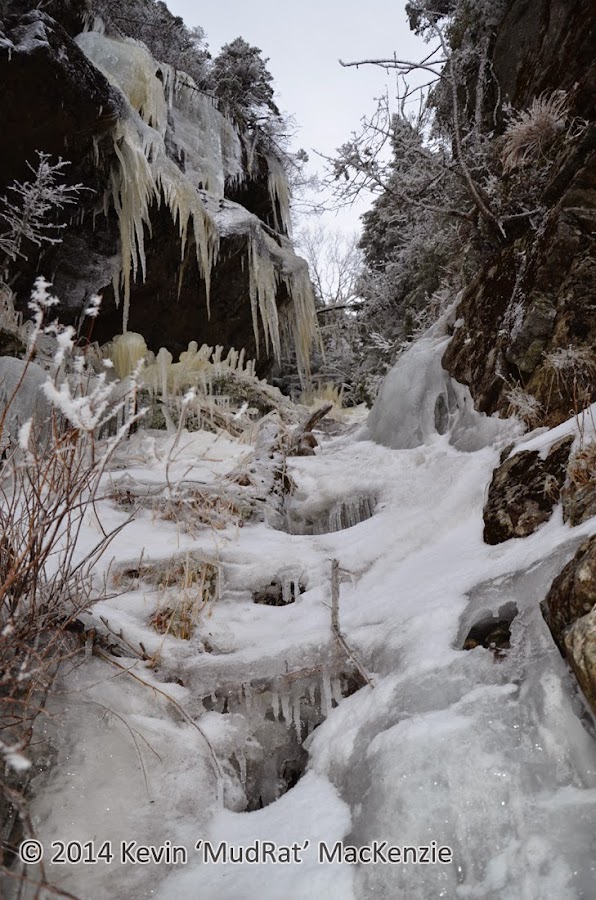 Icy exit. Only 900' of bushwhacking above. 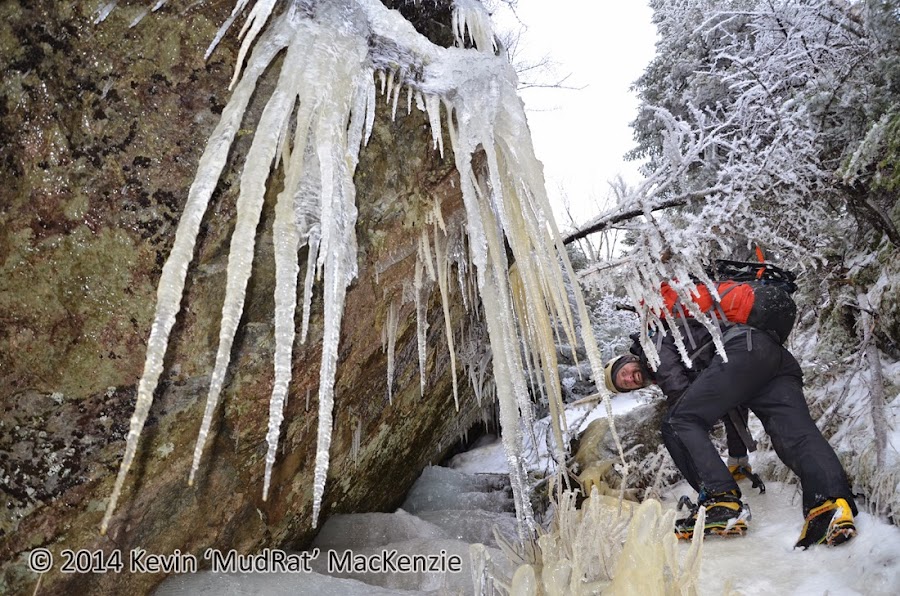 Parting shot under a curtain of icicles.