3000'ers of the Pyrenees
France/Spain, Europe

It happens in every mountain range: the most attractive summits can always be classified in two categories. Either the most beautiful mountains or the highest ones. They sometimes belong to both categories, but not always. The highlight of the Himalaya and the Karakorum are the eight-thousanders. Just 14 main summits and a number of secondary shoulders and spots. There are also the andean six-thousanders, all ruled by Cerro Aconcagua from its almost seven thousand meters, the alpine four-thousanders led by the white glimmering dome of Mont-Blanc... and the three thousanders of the Pyrenees. Not as high as mount Everest, not even half as beautiful as the peruvian Cordillera Blanca, obviously not the highest mountains in Europe. But the highest summits of the Pyrenees. 212 summits as a whole. 11 main groups can be considered, and their highest points are(west to east):
1. Balaitous-Picos del Infierno
2. Vignemale
3. Monte Perdido
4. La Munia
5. Neouvielle-Pic Long
6. Culfreda-Bachimala
7. Posets-Eriste
8. Clarabide-Perdiguero-Boum
9. Maladeta-Aneto
10. Besiberri-Comaloforno
11. Pica d'Estats

The first three thousanders of the Pyrenees when coming west to east are placed in the valley of Tena. There are two main massifs in this group:
- On the border between France and Spain, the massif of Balaitús and Frondiellas. Served by the mountain huts of Respomuso (Spain) and Arremoulit (France).
- The area west of Baños de Panticosa shows all other three-thousanders in this sector, their highlight being the three summits of the Picos del Infierno. No high huts in this area, just the one called "Casa de Piedra" and placed at Baños de Panticosa, but I heard there's a project to move it somewhere else (perhaps somewhere on the trail towards the Ibones de Bachimaña?).
The main accesses to the spanish side of the mountains are made by the road to Baños de Panticosa and the GR11 trail towards the Collado del Infierno, or by the dam of La Sarra and the valley of Aguas Limpias towards the Hut of Respomuso. 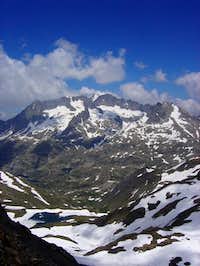 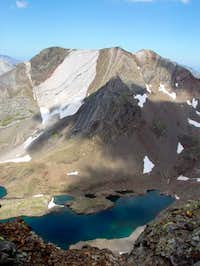 Placed on the very border between France and Spain, the huge massif of Vignemale forms a fortress hosting the second biggest glacier in the Pyrenees and witnessed some of the first historic climbs in this range. Lady Lister signed the first succesful climb of Grand Vignemale via the south face and some years later Count Henry Russell would turn this beatiful massif into some kind of a "country house", renting it for 99 years from the town council of Cauterets and getting locals to dig some caves for his own use and that of his friends. The main huts serving this area are the french ones of Bayssellance and Oulettes de Gaube. The spanish mountain hostel of Bujaruelo might also be a help, though placed a little bit apart from the main routes.
Just a word on terminology: it's not usual to find these names, but in some maps Vignemale might be marked by the old spanish terms of "Viñamala" or "Comachibosa". 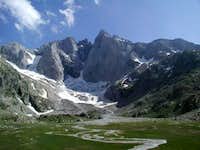 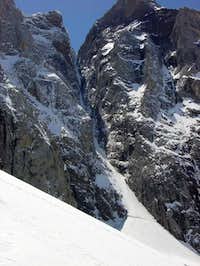 The area around Monte Perdido forms kind of a three legged fork, centered by the summit of Marboré. From this point a long ridge goes west towards the area of Vignemale, offering the climber summits such as the Picos de la Cascada, the Torre, the Casco or Taillon. The easternmost arm of this fork is formed by the summits of Grand Astazou and Petit Astazou, linking with the Area of La Munia. It is, nonetheless, the southern arm the one that offers a bigger number of three-thousanders: it includes Cilindro de Marboré, Monte Perdido, Soum de Ramond (Pico de Añisclo) and a number of secondary summits such as the Baudrimonts, the Punta de las Escaleras or the small Pitón SW del Cilindro. A magic kingdom for summitbaggers, indeed. One more thing: the main guarded huts in the mountains are those of Góriz (on the west slopes of Monte Perdido) and Sarradets (just north of the Brèche de Roland). The sector of Pineta and the Astazous has got no guarded huts and therefore calls for better equipment if you foresee a night in the open. 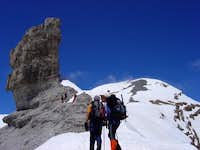 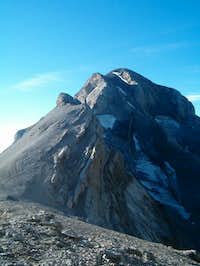 The Massif of La Munia is quite an unknown area for most people. Its north side overlooks the french Cirque de Troumouse, easily reachable from the villages of Gavarnie or Luz-St Sauveur. The south (spanish) side is also quite isolated, and hides the beautiful lakes of La Munia and the Pico de Robiñera. The closest spanish village is Bielsa, and the normal route to La Munia from the south begins from the beautiful valley of Pineta. 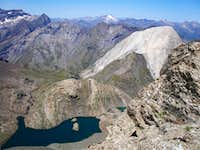 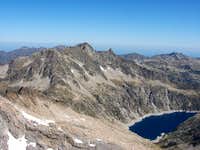 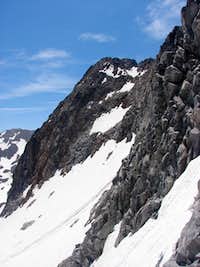 Up to my knowledge, this is the only Pyrenees massif with three-thousand meter peaks fully placed in french territory.

This might easily be the most unknown area of the three-thousanders of the Pyrenees. Access is not easy from any of the two sides of the border. The closest spanish villages are Plan and San Juan de Plan, linked to Bielsa and Aínsa by a narrow road of about 14 km. The north face of these massifs can be reached from France via Arreau, Loudenvielle and Tramezaygues(that is, on the western slopes of the Col de Peyresourde). The only guarded hut in the spanish side is Biadós, and there's another one (unguarded) at the close-by (to the west) valley of Tabernes. 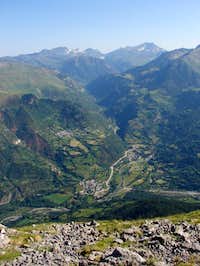 Posets, the second highest summit of the Pyrenees, forms the central nucleus of a wide massif. Placed south of Perdiguero, southeast of the Maladeta Massif and east of Bachimala, it includes 13 main summits and 5 secondary summits over three thousand meters. And the best news is that the closeby Maladeta Massif sometimes concentrates the bigger crowds in these areas (this may be related to the presence of Aneto over there). Therefore, Posets and its surroundings offer beatiful (and not too crowded) climbs of almost every difficulty level.
Main Trailheads: Benasque, Plan.
Main huts: Refugio Angel Orús, Refugio de Estós, Refugio de Biadós. 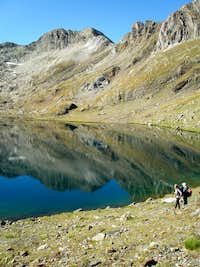 The Valley of Estós is probably the area where the biggest number of three-thousanders concentrate in the Pyrenees. Its entrance is placed a very short way north of Benasque, and a (private!) dirt road runs along most of the valley floor giving an easy access to the Refugio de Estós.
Main Huts: Refugio de Estós 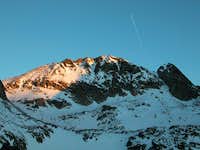 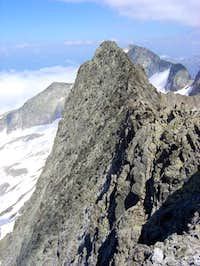 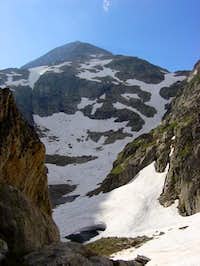 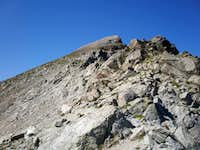 Maladeta and Aneto, the Montes Malditos. The "Damned Mountains". The massif where the highest peak of the Pyrenees can be found, a massif where beatiful granite builds high peaks and rock spires, where some of the big glaciers of the Pyrenees are placed.
Main Huts: La Renclusa 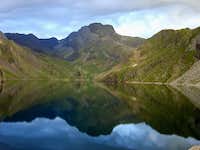 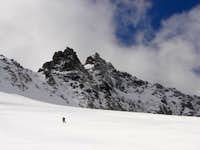 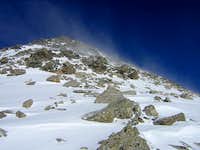 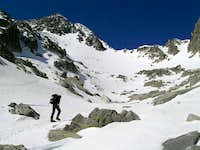 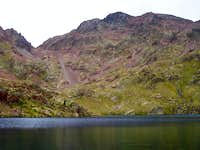 The valley of Benasque: I don't know wether it really is the most complete web guide to the valley of Benasque, but it sure is a good one. Might be helpful if you plan to do some climbing in Areas 7, 8 or 9 (from Posets to Maladeta-Aneto). The only thing is... I have only found spanish language information, sorry about that.

OK, I already made the changes in the list to link directly to it.

into the SP language, English : "3000's of the Pyrenees" (without é with accent)