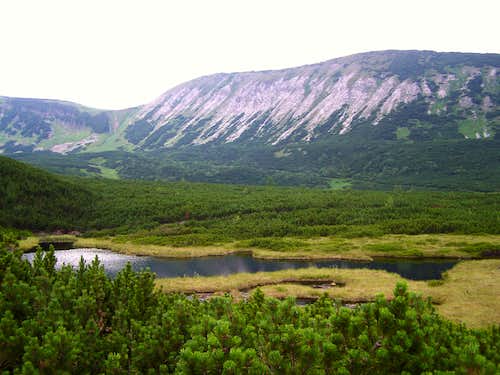 The view of Belianska Kopa from south 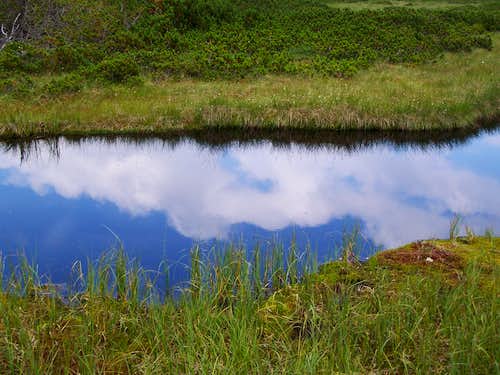 From other aspects this hill belongs to Belianske Tatry/Bélai-Havasok. While the High Tatras are mainly built of granite, the mass of Belianske Tatry/Bélai-Havasok is built of white limestone. And the main building material of Belianska Kopa/Bélai-domb is white limestone, too. The variety of the stones of this hill is peculiar at the saddle Predné Kopské Sedlo/Elülső-Kopa-hágó joining it to the High Tatras. There the usual white limestone is mixed with light brown calcareous sinter and pink sandstone. The vegetation is extraordinary rich here. The meadows has a large variety of colourful flowers. Though the hill and its environment was intensively used as a grazing ground, since the foundation of the Tatras National Park (TANAP) the area is seriously protected, and the the damage caused by the earlier intensive grazing cannot be seen any more. Besides the meadows the other areas of the hill are covered by mountain pine (Pinus mugo) "forests".

South to the hill there is the valley Dolina Bielich plies/Fehér-tavi-völgy with the stream Biela Voda/Fehér-patak. The stream got its name from the white stones along it and about the white foam of the stream.

There are a few ponds and lakes in this valley at the foot of Belianska Kopa/Bélai-domb. A group of ponds has the collective name Malé Biela plesá. A small lake having its own name is called Trojuholníkové pleso or Trojrohé pleso in Slovakian – and Háromszög-tó (1620 m) in Hungarian. Other variations of its name: Triangl, Triangel, Triangel-tó from the 19th century. It also had the name Déli Fehér-tó in Hungarian sources.

The biggest lake is called Vel’ké Biele Pleso/Nagy-Fehér-tó (1615 m). Its length is 195 meter. Despite its name means „white” lake, its colour is dark due to the sedimented mud in it. In old Hungarian sources its also called Északi Fehér-tó, and in historic Latin sources it’s called Album stagnum. Jr. György Buchholtz describes a tour with his students to this lake in 1724. After WW I this area was claimed by Poland, and in order to protect the area, in 1922 a military building was built here to protect the area. In 1924 this building was converted into a tourist hut. This hut was destoyed in 1942 because another hut was built in the nearby. This second hut took fire in 1974, and it is not in use since then.

Why to Go There?

This peak is far not the highest and not among the most important peaks of the High Tatras. Neverteless there are many reasons why to go there:

1) Special position just at the joining point of two mountains, with excellent view on both of them
2) Very rich flora and variety of stones
3) Not difficult at all, weekend-tourists can walk there, too
4) Enough far from all roads accessible by car – the nearest parking place is in 7.5 km distance. As a consequence this hill doesn’t ”enjoy” the usual crowds of the High Tatras. 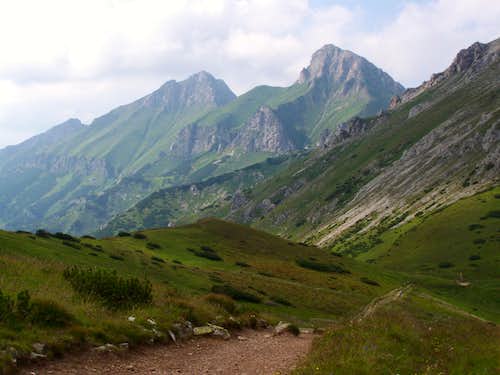 > SOUTH-EAST: From the bus stop at Biela voda. There is also a car parking place with fee. From here the tourist trail marked with yellow goes up the valley Biela Voda/Fehér-patak. After 3 km the walking must be continued on the tourist trail marked with blue. In the summer of 2009 the bottom part of the blue trail was closed, and a new trail was opened, moving the junction of the yellow and blue trail a bit further from the original place. This is very likely only a temporary situation due to forestry work along the original route. 8 km in one way.

> EAST: From the mountain resort called Tatranska Kotlina/Barlangliget you can ascend on the tourist trail marked with green up to the Vel’ké Biele Pleso/Nagy-Fehér-tó. From there the last 2 km is on the blue path. 9 km in one way.

> SOUTH: From the Brnčalova hut take the red marked path (a section of the Tatranská Magistrála route) to the Vel’ké Biele Pleso/Nagy-Fehér-tó. From there the last 2 km is on the blue path. 3.5 km in one way. 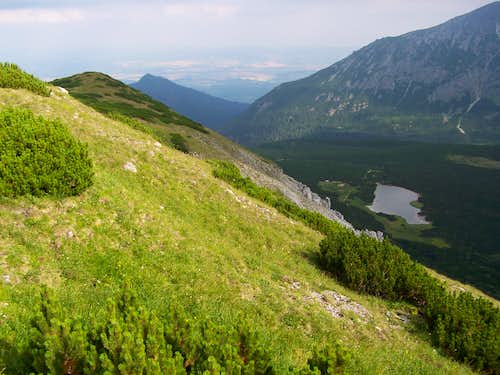 Vel'ké Biele pleso in the depth

There are mountain pines and grassy areas on the peak, with rich flora. No marked path goes up the peak, so according to the rules of the Tatras National Park access is not allowed to the peak without permission. But don’t worry: the same beatiful view can be seen from the saddle Predné Kopské Sedlo/Elülső-Kopa-hágó. The saddle is lower than the peak only by 55 meter.

The view is excellent. Here are some examples:

No need of any gears 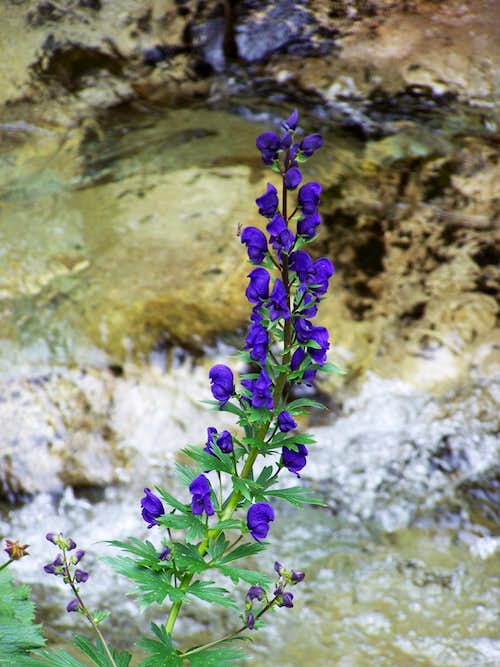 Aconite
Keep all the rules of the Tatras National Park (TANAP).

Special attention to the following rules:
- The marked tourist paths can be left only with permission
- Going far from tourist paths is dangerous because of the bears in the forests
- Don’t walk on the paths in darkness
- Camping on the area of TANAP is forbidden

In order to protect the nature and to ensure your safety, the marked trails leading up to the Kopské Sedlo/Kopa-hágó are closed between the 1st November and the 15th June.