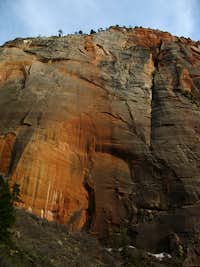 Not too many Zion peaks have hiking trails up them. The best-known such peak, Angels Landing, can be maddeningly busy. Observation Point, not really a mountain but rather a highpoint along the East Rim of Zion Canyon, is not quite as busy but is still fairly popular, especially along the first two miles of the trail that climbs to it from the canyon. There are no such issues with hiking Cable Mountain. One reason is that the trail is much longer (about 15.5-17 miles RT, depending on the route) than those up Angels Landing (5 miles RT) and Observation Point (10 miles RT). Another is that the shorter of the two most popular approaches is very strenuous, at times ascending at a rate of more than 1000' per mile, while the easier trail approach is not from super-popular Zion Canyon but from the largely unexplored (by hikers) eastern side of Zion National Park; to most people, that part of the park is little more than a scenic drive on the way to or from Zion Canyon. So Cable Mountain makes for a long, quiet day hike that ends with a spectacular view down into Zion Canyon, the floor of which is about 2500' below. The trail follows an easy to moderate grade most of the way. The sheer cliffs on the western face of the mountain may hold many challenging trad or aid routes, though I have only found information (and sparse at that) on one route-- Hammer and Sickle, VI A3+, FA 1996. Those cliffs are easily admired from atop Angels Landing, from the Weeping Rock Trailhead, and, perhaps most impressively, from the trail through Echo Canyon (starts from Weeping Rock and connects to the trail leading to Observation Point), which passes directly beneath the best of the cliffs. To protect nesting peregrine falcons, the Park Service closes several peaks, including Cable Mountain, to technical climbing from around early March through late July. Check the current status by contacting the park office before making plans to climb here during and around those months. The mountain gets its name from the cable system that used to operate atop the mountain; built and run by the logging industry, the cable system was for transporting timber into Zion Canyon. The cable works shut down in 1930. Ruins remain and are in poor condition, and the Park Service asks visitors to stay off them for safety and for historical preservation. 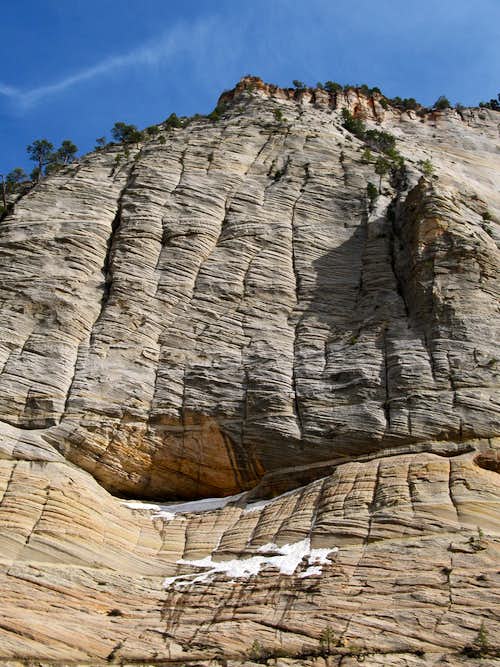 The most commonly used trailhead for out-and-back hikes to Cable Mountain is just inside the East Entrance. Look for a parking area on the right (north) side of the road. The Weeping Rock trailhead is in Zion Canyon and is only accessible by the shuttle bus system March through October (check the park website for specific dates). The shuttle is free, and there are numerous stops in the park and in the town of Springdale. 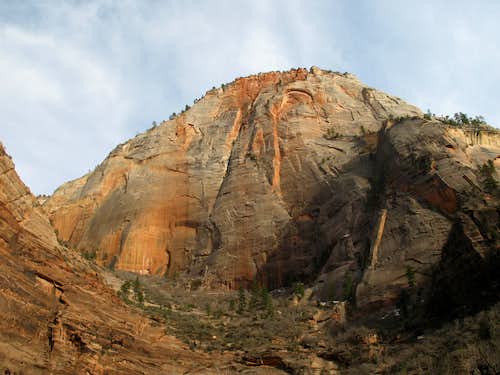 There are two principal ways to reach the summit. The first route, the longer but easier of the two, begins at the trailhead by the East Entrance. The trailhead is at about 5700', the summit at about 6900', and the overlook at about 6400'. RT distance is 17.2 miles. 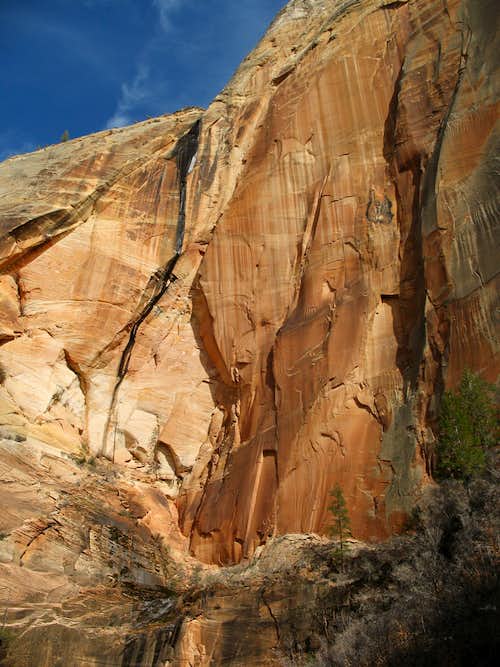 The second route, about two miles shorter (RT) but much more strenuous, begins at Weeping Rock (about 4300'). The reward for the extra effort, though, is perhaps the best trail scenery in Zion (see above photo for a sample). RT distance is 15.5 miles. If you can arrange a vehicle shuttle, starting from the East Entrance and finishing at Weeping Rock (16.3 miles) would give you all the scenery for moderate effort. This page details a third route that is only 7.5 miles RT. A good map and high clearance (and perhaps 4WD) are necessary. Finally, a Class 3+ route from Many Pools Canyon on the east side exists. This is about 10 miles RT and involve some bushwhacking and scrambling. Please see the attached route pages for details. 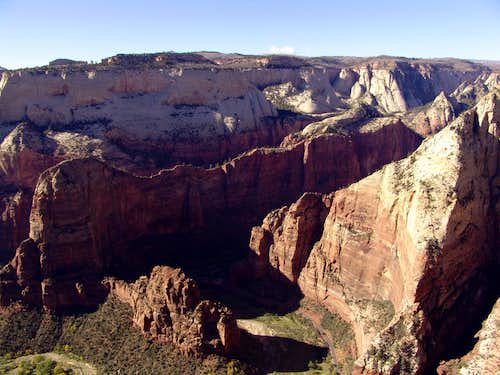 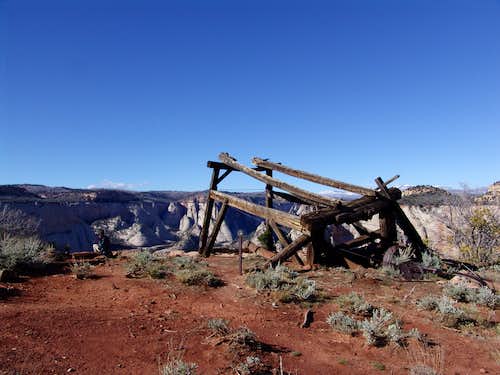 It costs $25 for a weeklong pass to enter the park. Annual and interagency passes (the latter are good for a year for admission to all federal recreation areas) cost more but are a bargain for those who visit this park or others several times a year. If you are in an RV, are pulling a trailer, or have a double-wheel truck, you must pay an extra fee of $15 to pass through the Zion-Mt. Carmel Tunnel, which is too narrow to allow oversize vehicles to stay in their lanes. Therefore, drivers of such vehicles must arrange for one-way passage while vehicles on the other side wait. The tunnel is closed to these vehicles before 8 A.M.; the latest time in the evening they may pass through varies by season, and drivers should check the park’s website for more information.

There are no campgrounds on the east side of the park, but the Watchman Campground, near the Visitor Center, is not far away. This campground is open all year, and you can make reservations for certain months at recreation.gov. Some people prefer to make this a backpacking trip so they can see more or just spread the hiking out over more than one day. Backcountry camping requires a permit; please see the park site (link below) for more information. At Xanterra.com, you can book rooms for Zion Lodge, which is in Zion Canyon.

For more information on the shuttle system, camping, and regulations, visit the park website.