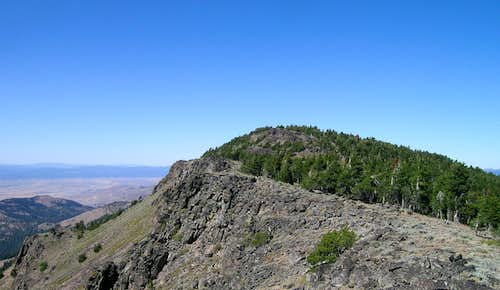 Crane from the south

Is Crane Mountain deserving of a summitpost page? Well, I just gave three reasons why I think so. It is one of Oregon's highest peaks, it is a county highpoint (one of 36) and one of the 73 Oregon Prominence peaks. Crane Mountain overlooks the very large Goose Lake, and has views westward to Mt. Shasta and Mt. McLoughlin on a clear day. All in all, this is an area I would return to so my wife can enjoy some of the area and experience the views from Crane Mountain. 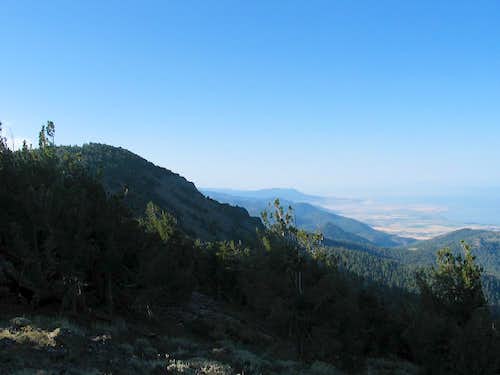 Crane Mtn from the north

How to get there: About 5 miles north of Lakeview on U.S. 395, turn east on SR 140. In 7 miles, turn south on FR 3915. The turnoff from 140 is well signed -- follow the Willows CG signs. Stay on FS3915 to road FS 4011 (8 or 9 miles) and turn right. The Willow Creek Campground is about a mile further on, on a spur road that is off to the right , continue on past it to as far as you can go as the road gets very rough. The road actually goes to the Crane Mountain Lookout and rugged 4wd vehicles may drive the road to its end at the lookout but the road may be too rough for most vehicles and you may want to park when you get to the point where you don't want to try to go any further. The Crane Mountain Trailhead is off of this road before the lookout and yet we had to hike up the road to get to the TH as the road was too messed up for a short section for us to drive further so we parked about two miles short of the TH. If that section is graded today, you could most likely drive to the trailhead. We had a 4WD high clearance vehicle and as mentioned still had to park well short of the TH thanks to one steep badly potholed (bottomless potholes)section. We parked HERE.


From the Crane Mountain TH, the hike is 4 miles round trip with a small part of cross country necessary as the trail doesn't go to the summit.
Elevation gain is just a few hundred feet if you have a vehicle that can make it to the TH but for where we parked, it was 1200 feet and double the mileage. 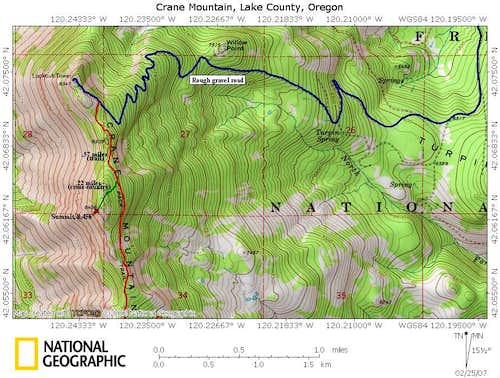 There is no red tape or parking permit required at this time.

More information on the area can be found here: 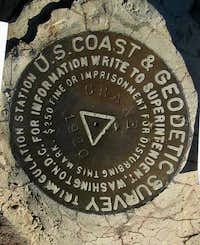 The Willow Creek Campground is a good place to camp at and we found it perfect for our needs. The campground is located at 5800 feet and is open from June through mid- October. There was no fee at the time we stayed there and it is a small campground, located in a canyon near Willow Creek. There are only 8 sites, mainly for tents although a small RV/trailer under 22 feet could find a few spots that would work. Picnic tables and fire grates are provided but no running water is provided and the toilets are the vault type. How can you beat the price. Maintained by the forest service (see red tape) 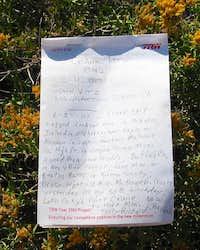 This has been fairly well covered in the getting there and a lot more information can be found on the peakbagger.com page. Peakbagger also indicates that 44 people have been to the summit of this one so it is popular thanks to the fact that it has over 2000' of prominence and is the Lake county highpoint. 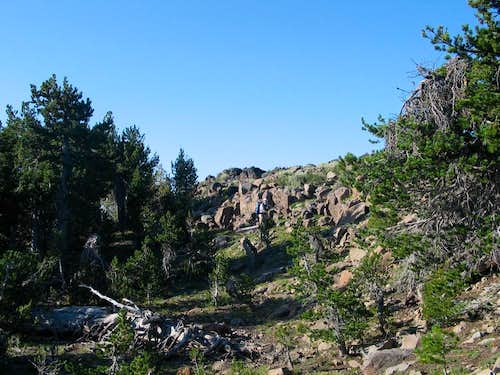 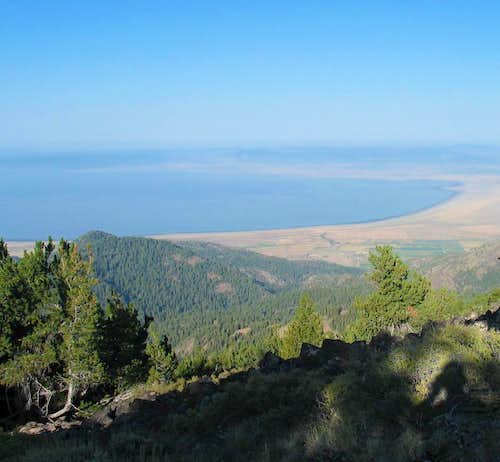 One reason why its called Lake county
The origin of the name? It was named for the number of large lakes within the county boundaries at the time of its creation: Lake Abert, Goose Lake, and Silver Lake. It is among the largest Oregon counties in area but with a population of just 7,422 (as of the 2000 census) it is one of the state's least populated. The county seat is located at Lakeview.

Linkville, now Klamath Falls, was the first county seat. M. Bullard gave 20 acres (80,000 m²) as the Lakeview townsite. By the 1875 election a town had been started there and an election moved the county seat to Lakeview. Because of poor transportation connections with the rest of Oregon, the early economic orientation of Lake County was toward California. During the 1840s and 1850s the county was part of the military courier route between The Dalles on the Columbia River and the Presidio in San Francisco. The county did not acquire a railroad connection until the 1890s.

Economy
The traditional county economy rests on lumber, agriculture, and government. Irrigation has permitted agriculture based upon the raising of livestock and the growing of hay and grain to thrive despite the low rainfall and a short growing season. Lumber and wood products are taken from the Fremont National Forest.

Government employees from the national forest and the regional Bureau of Land Management headquarters provide stability to an economy that otherwise would have to rely only on seasonal agricultural and lumber jobs. The Bureau of Land Management is landowner of 49% of the lands within the county. Tourism is a growing industry because of the county's many attractions which include Hart Mountain Antelope Refuge, Hunter's Hot Springs, Goose Lake, Warner Canyon (ski area) and areas for rock hunting.

Check out this report posted by a guy who flys model planes off of the "lookout" summit, located to the north. He was able to drive his vehicle up to the top. His report is complete with pictures and maps. He also talks about "plane killers", or, the remnants of the lookout that a plane can hit as you try to land it. 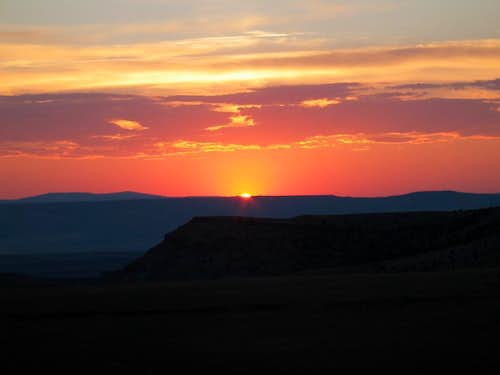