So, do you like really remote peaks and territory? This is a really nice surprise. This area of Colorado and Utah, without question, has the most remote peaks in Colorado, and a few of the more remote ones in Utah. They are incredibly spectacular and almost completely ignored, despite the fact that it offers some of the best scenery in the lower 48 states. Over a dozen very inaccessible peaks invite exploration. Only a few of the more accessible peaks are on Summitpost, but there is enough exploring here to keep one busy for years.

Dinosaur National Monument and Vicinity is a very rugged region full of upturned beds of rock, dinosaur bones, rivers, canyons, and mountains. The area is rich in wildlife and scenic beauty. 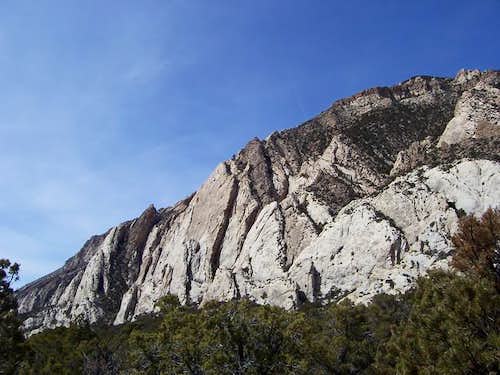 Hiking in Dinosaur National Monument and vicinity takes navigation skills since trails are not usually available. Make sure to have a good map, compass, and maybe a GPS.

Water can be a serious concern on some routes, so be prepared.

A few favorite hiking trails or (non summit) routes include: 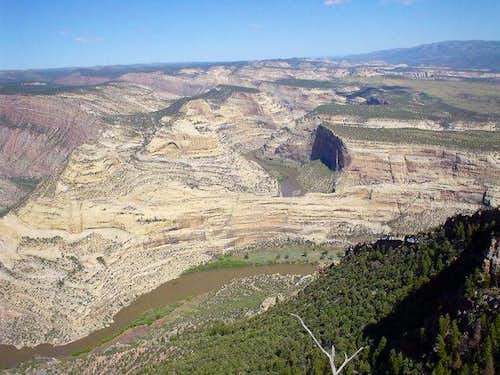 This area seems to be completely ignored by mountaineers/rock climbers. Desert Rock IV mentions climbs of Penis Point, Steamboat Rock, and Elephant Toes Butte. That seems to be the extent of information available, and it seems many towers and some peaks remain to be climbed.

At least some of the major peaks, namely Split Mountain, Zenobia Peak, Cross Mountain, and Blue Mountain luckily have some non-technical routes up, which makes them obtainable for the adventurous, but for those whom are not skilled in big wall climbing. There are many peaks available, and I can only recommend those I have climbed at this time.

A few of my favorite climbs include:

There are many peaks in the area to climb, and I haven't seen them all. 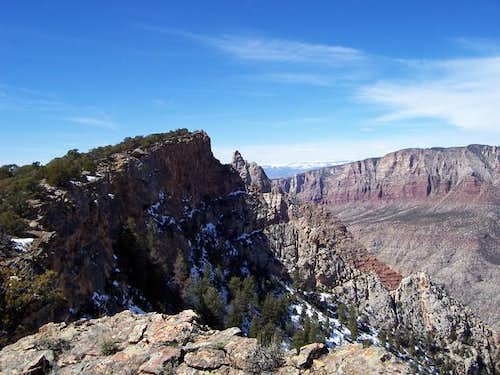 Like the mountaineers, technical canyoneers have completely ignored this area as well. The area offers hundreds of technical slot canyons of all levels of difficulty, and almost all are untouched. Summitpost is the only site I know of where you can find any information at all.

A few of the technical canyons I have completed include:

Scoggins Draw/Outlaw Arch Canyon is by far the best technical canyon in the Monument that I have visited.

There are actually dozens more to explore, and it will take a while before I explore them all. This an area for exploring! 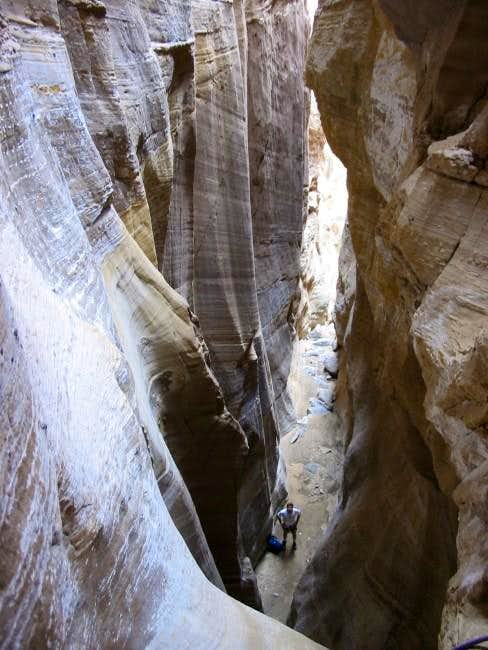 Dinosaur National Monument has several pictograph and petroglyph panels on teh cliffs. Pictographs are painted on the rocks and petroglyphs are chipped into the rock. The Fremont Culture chipped the petroglyphs 1500 to 2500 years ago. It used to be theorized that the Fremonts also left the pictographs, but more recent studies and with advancement in chemical dating, these are know known to be much older. The pictographs on South Split Mountain are actually 3000-8000 years old.

On the lower slopes of the South Split Mountain, there is one panel of pictographs on the road not far and before the trailhead (sorry, I didn't take photos). There is also a good panel of petroglyphs not far east of the trailhead. On the South Slpit Mountain route (see the mountain page), there is one panel on a boulder between the two drainages mentioned in the Bighorn Route description. This panel may be hard to find unless you stuble on it, and is somewhat unique because it is horizontally on the rock, rather than vertical.

Several other panels are located around Whispering Cave and Echo Park.

All pictograph and petroglyph panels must not be touched, under penalty of law. 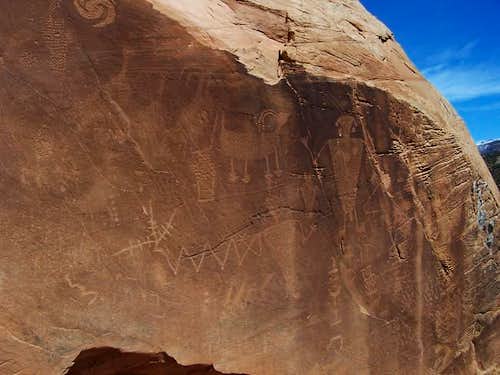 Inside the National Monument, you can find information on all the campgrounds below. 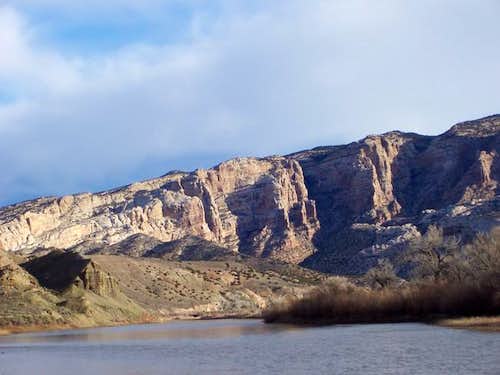 This is a dry area, and the best times to visit are usually April, May, early June, September, October, and early November. Summer is very hot, winter very cold. Keep in mind that some roads, such as Echo Park and Harpers Corner don’t typically open until late April, which makes access difficult to some areas before then. September and October can have pleasant temperatures, but in the area, it is a very popular hunting destination, at least outside the monument boundaries. If you go then, wear blaze orange just to be safe.

Weather and climate data for the Dinosaur Quarry at 4770 feet elevation is below. *National Weather Service Data 1958-2004.

Weather and climate data for Maybell at 5920 feet elevation is below. *National Weather Service Data 1958-2008. 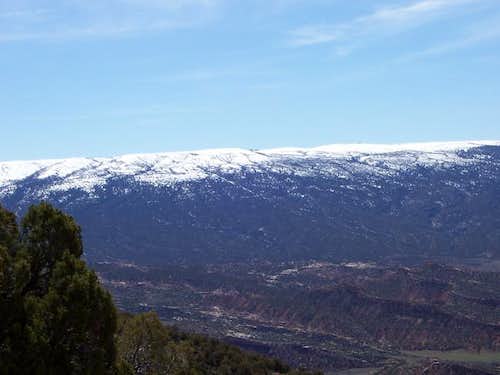 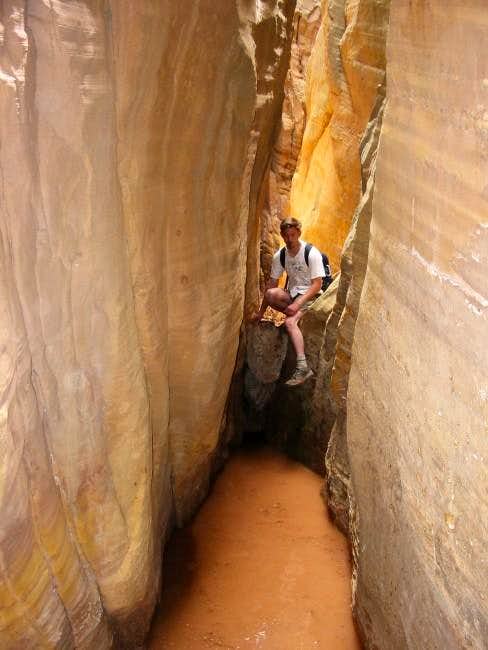 Summitpost seems to be one of the few places to actually find information on this place, so check here first. 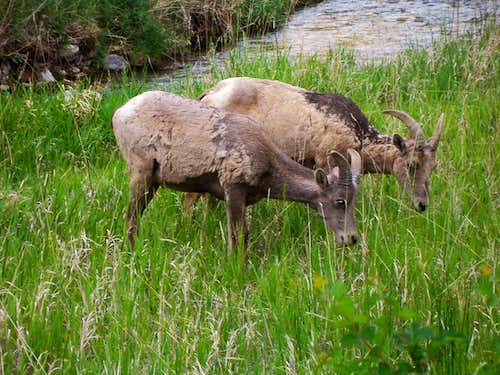