When most people speak of the Mexican Volcanoes, they are usually referring to the thee highest and glaciated peaks of Pico de Orizaba (Citlateptl) 5636 meters/18,491 feet, Popocatepetl (“Popo”) 5452 meters/17,887 feet, and Iztaccihuatl (“Izta”) 5286 meters 17,342 feet. There are many other volcanoes in Mexico, however.

There are many smaller volcanoes scattered throughout the country. In fact, out side the Baja region, most mountains in Mexico are actually volcanoes.

Elevation readings vary greatly between different maps and from different sources. This is especially true of Orizaba, Sierra Negra, and Nevado Colima. Orizaba, for example, is sometimes listed as high as 5760 meters/18,897 and as low as 5610 meters/18406 feet! For this page, I have used what I believe to be the latest maps and sources available, but don’t be surprised to see a different elevations using different sources, including possibly even the Summitpost pages! 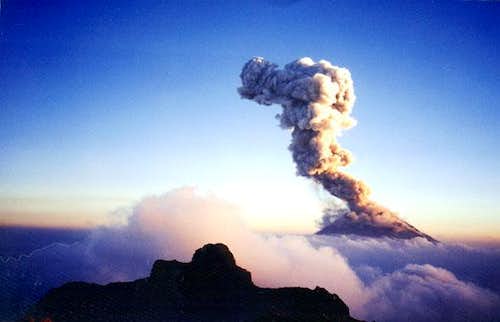 Though also mentioned on the mountain page, this situation deserves special mention. Popocatepetl started erupting in December 1994, and thousands of people were evacuated from the area, though the evacuations are over--for now. As a result of the eruption, the mountain was closed to all climbing. There are no indications of when the mountains activity will die down, and when the mountain will be once again open to climbing, but it doesn’t appear that this will happen anytime soon. Occasionally, someone has been allowed to visit the mountain to film the eruptions. Some of the last visitors were killed. In other words, the mountain is active and dangerous and should not be climbed! 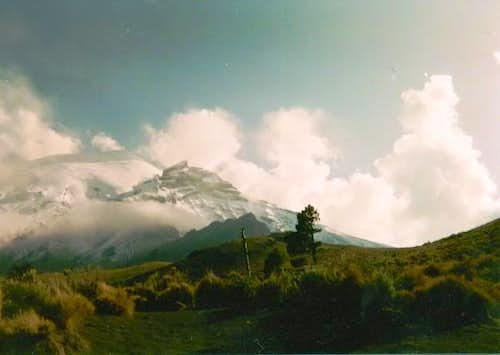 Assuming Popocatepetl remains closed, Izta and Orizaba are the only volcanoes that usually require an ice axe and crampons, though Nevado Toluca can require one too, at least after recent storms.

By their easiest route, most (all?) volcanoes are considered to be easy in technical difficulty. Orizaba and Izta have some nice (non-standard) snow and ice routes that are fairly challenging and require roped travel. Even on the standard routes, you should rope up on Orizaba, just in case. Don't under estimate these mountains, however, as climbers are killed on the Mexican Volcanoes, every year, mostly on the standard routes. 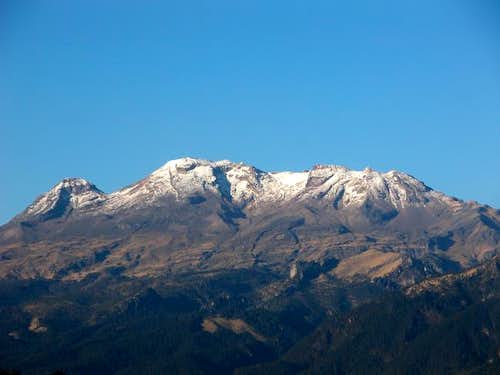 As with any moderately high mountains, acclimatization is important. This is especially true on Orizaba and Izta (and Popo if it ever opens!). It is too easy to get too high too fast on these volcanoes, and this is a serious concern. If climbing Orizaba and/or Izta, you should plan on spending at least a few days between 3000-4000 meters/10,000-13,000 feet before attempting to climb to the summits. Nevado de Colima, Nevado de Toluca, La Malinche, and Cofre de Perote are good acclimatization climbs.

Even on the lower volcanoes, you should at least plan on a day or two acclimatizing before going over 4000 meters/13,000 feet. This is especially true if you are coming from or near sea level. 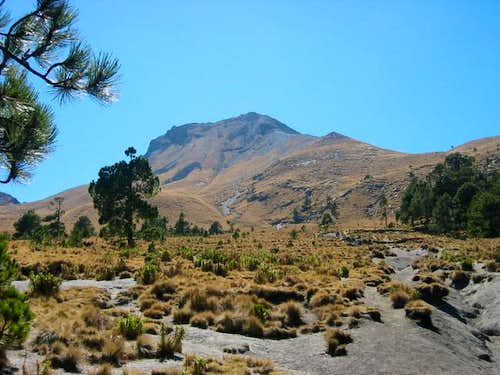 November through March is the dry season, and has the best weather, on all volcanoes in Mexico. For the three glaciated peaks, conditions are usually best in November, December, and January. February and March can be icy in some years.

Christmas time is the most popular time to climb, and it can be crowded. Expect big crowds and crowded huts at that time, at least on Izta or Orizaba. 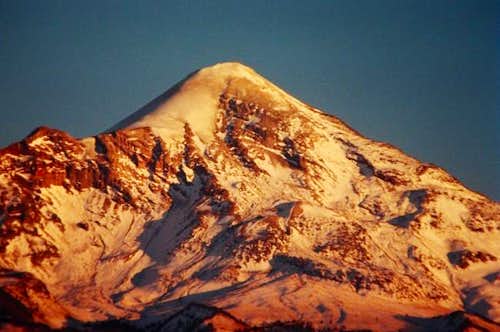 The most popular guidebook is certainly Mexico's Volcanoes-A Climbing Guide, by Secor.

The book is getting outdated though and only covers five of the volcanoes in Mexico.

There is a recent guidebook in Spanish which is very compehensive: "Guía de las altas montañas de México y una de Guatemala", by Jorge Neyra Jáuregui. It encompasses every Mexican mountain higher than 4000 meters, as well as Ajusco and Tajumulco.

The book was self-published in collaboration with CONABIO. You can buy it in outdoor shops in Mexico, and the author also sells it through Facebook. Hit him up and also ask him for his "practical guides", a series of leaflets for field use.

If you have any recommendations for other guidebooks, please post and addition/correction to this page, and I will incorporated the information on the book.

Hi Scott, first of all, very nice page. :) There is a recent guidebook in Spanish which I deem the most complete available: "Guía de las altas montañas de México y una de Guatemala", by Jorge Neyra Jáuregui. It encompasses every Mexican mountain higher than 4000 m, as well as Ajusco and Tajumulco. The book was self-published in collaboration with CONABIO. You can buy it in outdoor shops in Mexico, and the author also sells it through Facebook. Hit him up and also ask him for his "practical guides", a series of leaflets for field use. Cheers, Bodo

Thanks. I will add this information to the page.