The Sangre de Cristo Mountains extend south from Salida, Colorado 225 miles to Santa Fe, New Mexico. Sangre de Cristo means Blood of Christ in Spanish and refers to the red color of the range during sunrise and sunset. The Sangres are home to 10 fourteeners and 86 thirteeners. 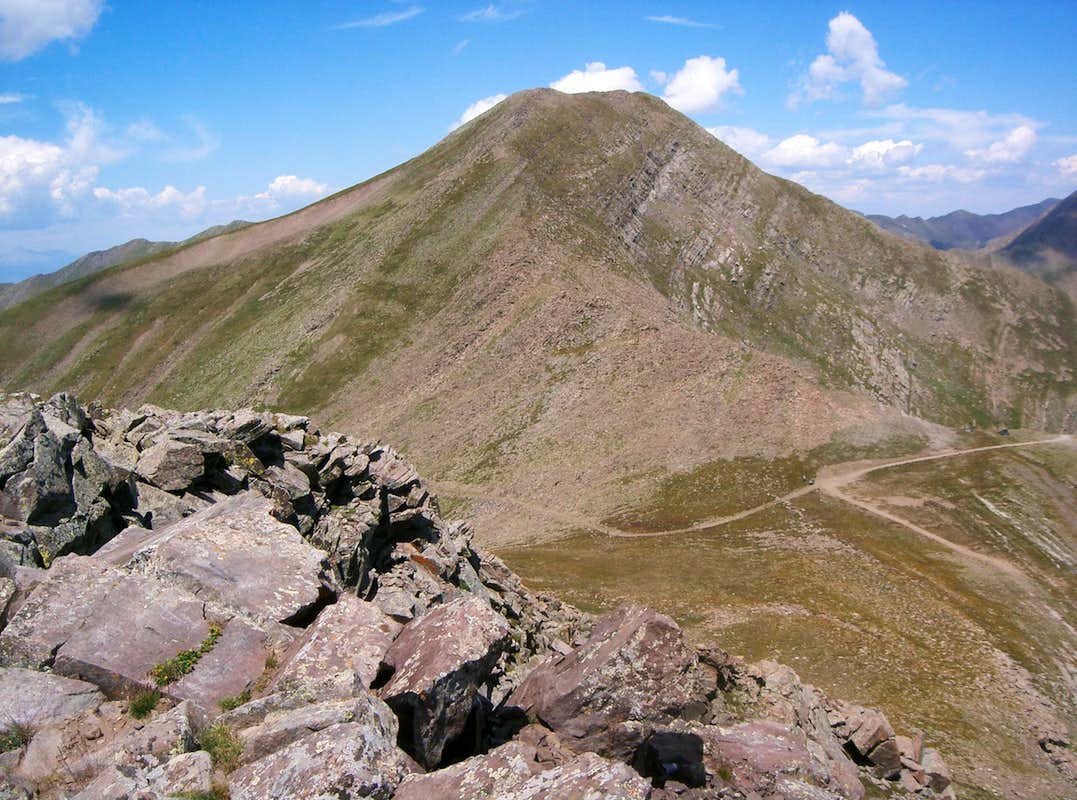 Rito Alto Peak lies 7.3 miles northwest of centennial thirteener Mount Adams along the narrow Sangre de Cristo Mountain range. Rito is the 110th highest peak in the state of Colorado and the 141st highest peak in the contiguous United States. Rito Alto means High Rite in Spanish. Rito Alto Peak is visible to the west from Westcliffe, Colorado in the Wet Mountain Valley. Rito is easily accessed via Hermit Pass with a high clearance four wheel drive vehicle. From Hermit Pass, Rito Alto Peak is only 0.8 miles and 800 vertical feet away. Because of the easy access, Rito is commonly linked with other nearby peaks, such as Hermit Peak and Eureka Mountain. Less commonly, Rito Alto can also be linked with “Cloud Peak”, “Silver Peak” and Spread Eagle Peak. 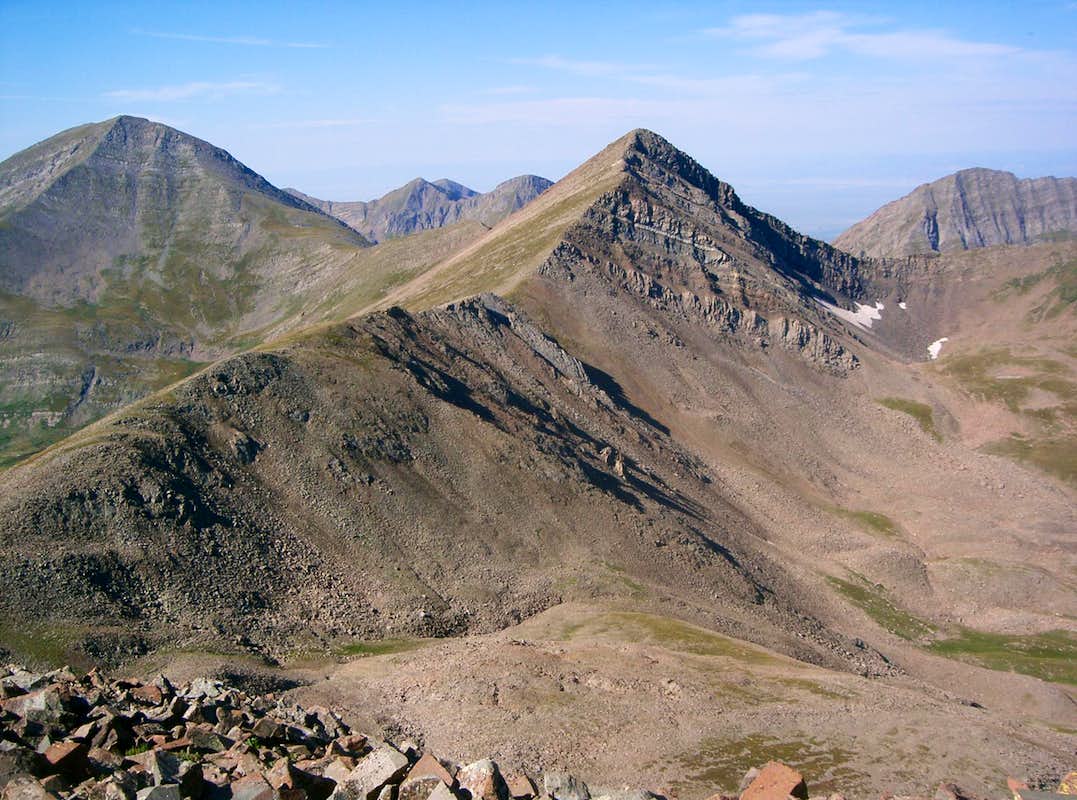 From 0.2 miles south of the CO 69-CO 96 intersection in Westcliffe, Colorado, follow Hermit Road west to 13060 feet just before the road descends to Hermit Pass at 13020 feet. Passenger vehicles will only be able to travel to 9680 feet. From the large, flat area at 13060 feet, hike northwest to the summit of Rito Alto Peak. The difficulty never exceeds class 2. 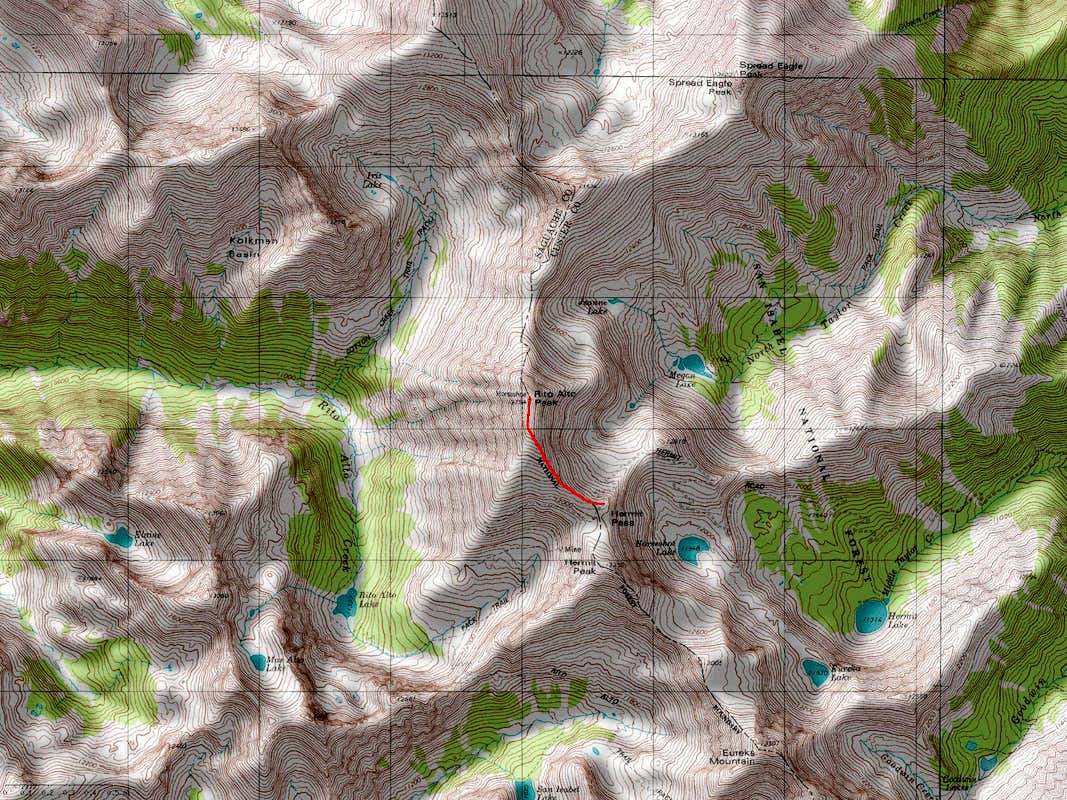 There are plenty of camping spots along Hermit Road.