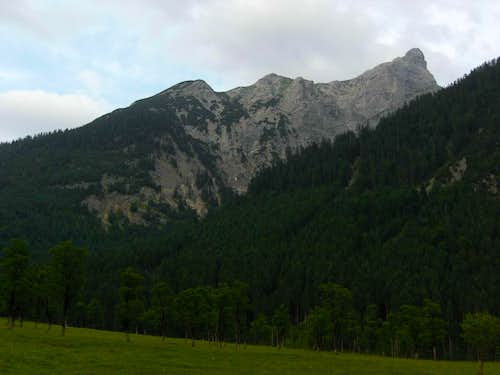 Schaufelspitze - shovel peak - indeed has the shape of a shovel when viewed from Eng valley. Standing high above Eng valley (west) and Falzthurn valley (east) between Sonnjoch in the south and Bettlerkarspitze in the north, Schaufelspitze is one of the loneliest peaks of Karwendel. To the east and south there are nothing but steep to perpendicular rockfaces, to the north there is a deep and unfriendly looking cirque and on the west side, heavily overgrown with dwarf pines, there is no trail.

Climbers do it sometimes, there are some interesting climbing routes in the southern rockfaces, starting from Bärlahner valley.

And those madmen like me, who love these lonely and remote Karwendel peaks.

Lacking absolutely a decent trail, Schaufelspitze shows you how it must have been in these pioneer times when Karwendel was explored by Herrmann von Barth in the 19th century. There were huntsmen tracks, cow tracks and chamois tracks. Dwarf pines as a lovely obstacle to gain height. Steep meadows, dense wood and unpolished rock. No water, floods of sweat and more swearing words. A light breeze at the summit, no people, crows doing a spectacular airshow, remote chamois and about 200 people lining up at neighbouring Sonnjoch summit.

This is Schaufelspitze. Like that ? Try that summit then. 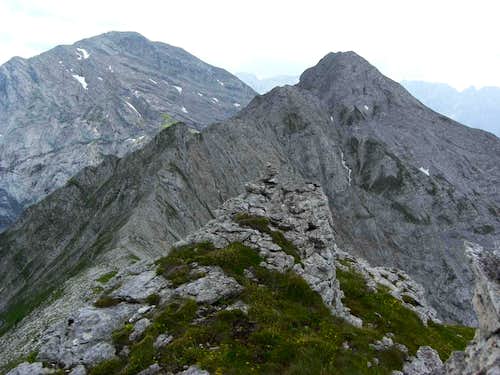 Main northern trailhead is Hagelhütten near the end of Eng valley.

You reach Eng valley by car

You can reach Eng valley from Munich by rail and bus, too. Check this possibility here.

Main southern trailhead for climbers is Gramaistal near Pertisau / Achensee.

There are two normal routes to Schaufelspitze, both of them are off-trail and unmarked mountaineer routes:

The southwest rockface of Schaufelspitze is a gem for good climbers. Some routes: 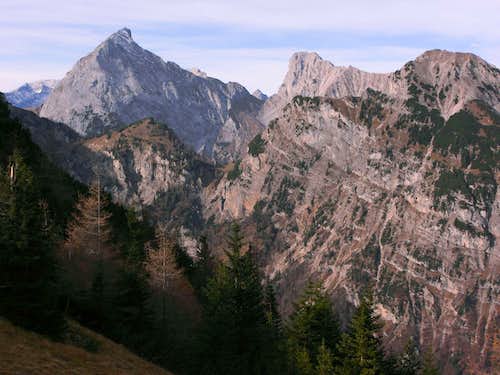 Schaufelspitze is part of the “Alpenpark Karwendel”, an important and strictly protected national park.

There is a National Park Information Center at Hinterriß. Information panels, starting at the parking area of Engalmen, show some interesting features of the Alpenpark Karwendel.

Motorhomes and caravans are no longer allowed at the parking area of Engalmen. There will be heavy fines!

Maurach and Pertisau offer campgrounds, too. 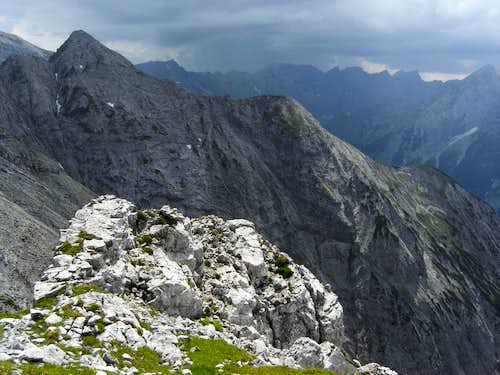 Schaufelspitze is a summer and autumn hike. The normal route from Hagelhütten is an off-trail scramble, the traverse from or to Bettlerkarspitze require climbing abilities up to grade II / III.

Be aware that the rock around the summit is bad and loose (with the exception of the south / southwest rockfaces with the climbing routes) and that belaying on the northwest ridge or on the connecting ridge to Bettlerkarspitze is not possible everywhere.

For the climbing ascents from Bärlahnersattel or Bärlahnertal you need full climbing gear. 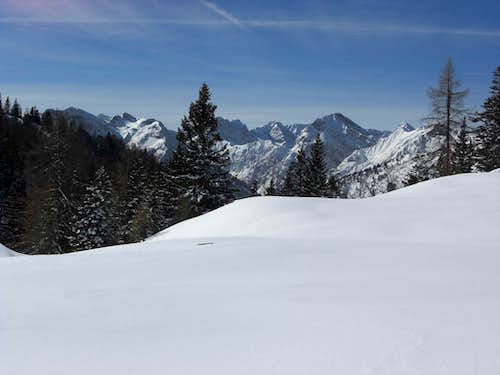