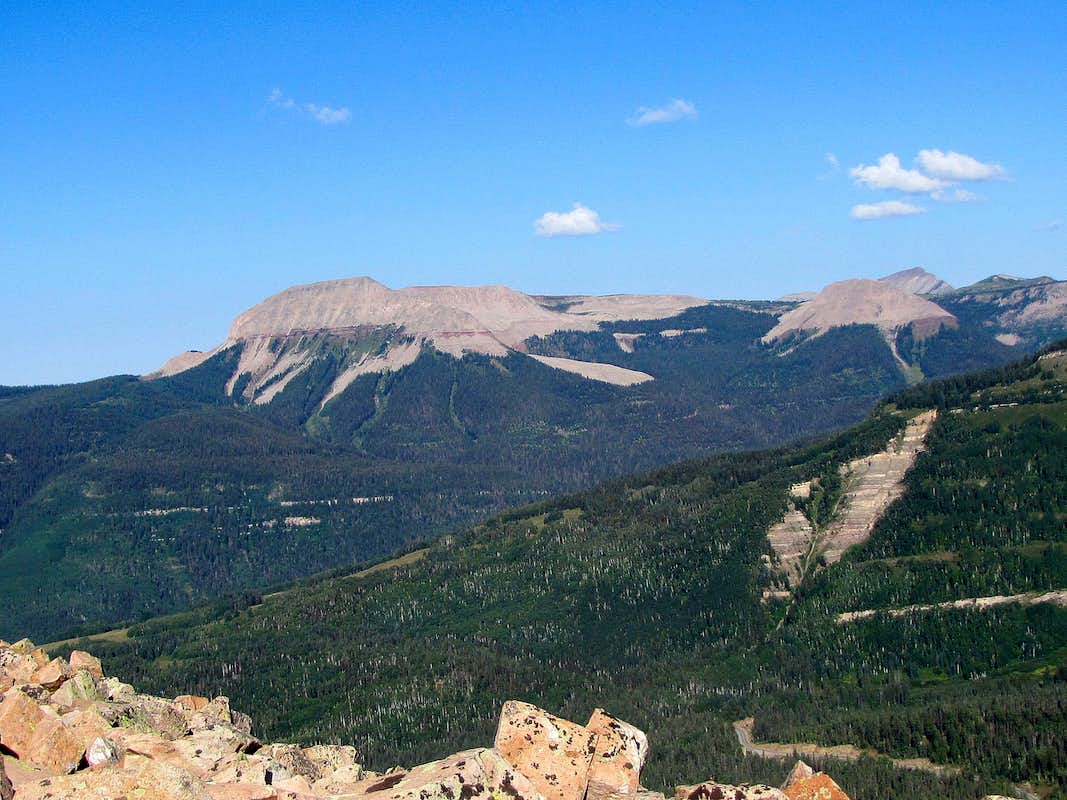 Grayrock Peak on the far left, the plateau of Graysill Mountain to the right of it, east face.

Grayrock Peak is Graysill Mountain’s highest point, a “C-shaped” area of uplift to the northwest of Purgatory Ski Area (DMR) in the San Juan Mountains of southwestern Colorado. Grayrock Peak sits at the southeastern corner of the “C”. The eastern slopes of Graysill Mountain (the inner slopes of the “C”) are steep but the western slopes are very gentle creating a plateau with elevations above 11600 ft. Although Grayrock peak is lower than the famous peaks of the San Juan Range, it has much visual prominence due to the fact that it rises at a distance from the higher mountains.

No trails go to or near the summit of Grayrock Peak. Reaching its summit requires you to find your own route. A good option is to approach the mountain from the northeast at Pando Creek on Cascade Divide four wheel drive Road. 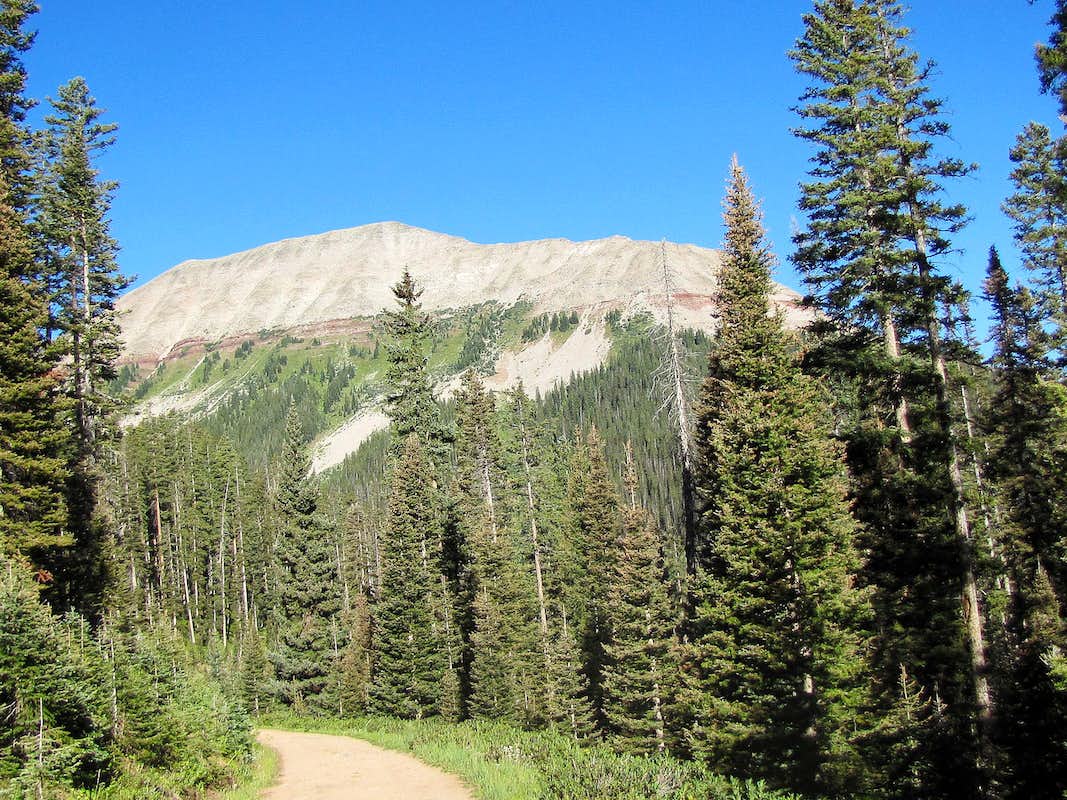 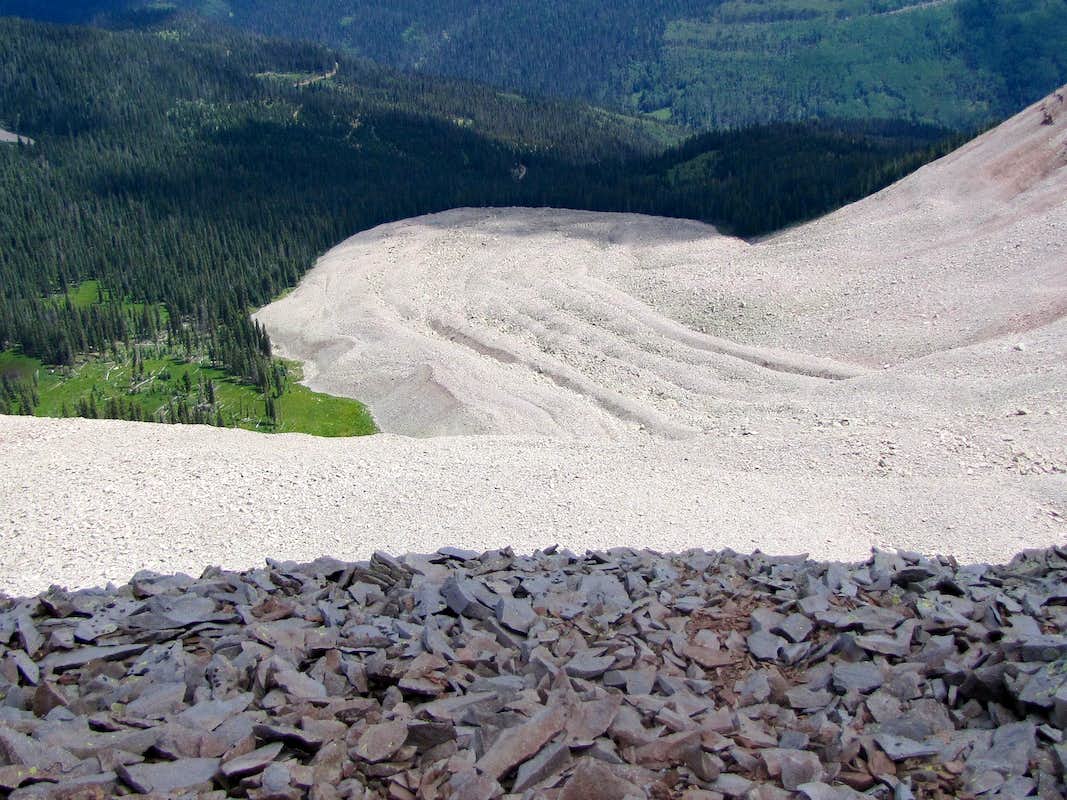 Rock Glacier, looking down into the basin to the north of Grayrock Peak.

The northern slopes of Grayrock Peak drop almost vertically into a large basin that houses a rock glacier. This impressive feature is well visible from the top of the mountain.

Cascade Divide Road starts as a well graded dirt road but soon becomes rougher. I was able to drive it in a sedan for 2.5 miles or so until I reached a muddy pothole that I did not dare to drive through. I recommend four wheel drive. Drive or hike the road roughly 5 miles from its start until you reach Pando Creek (GPS Coordinate: 37 degrees 41.181 minutes North, 107 degrees 51.228 minutes West). This is the start of the hike. You will not find any signs here. Have a map and know where you are.


Route, no trail, from the northeast


The idea is to leave Cascade Divide Road heading west following the northern branch of Pando Creek. The slopes near the creek itself seemed quite steep. I actually followed the road a short distance north and then headed west up the slopes far to the north of Pando Creek. The forest was pretty thin here. Ran into remains of abandoned logging roads that were now overgrown.

The north face of Grayrock Peak was visible to the south.

I reached the top of the Graysill Mountain Plateau at an elevation of 11700 ft to the west of Point 12029 ft. Turned south and followed the gently sloped plateau toward Grayrock Peak.

Once on top of Point 12380 ft, had to go down and then up again to the top of Grayrock Peak.

Views from the top: