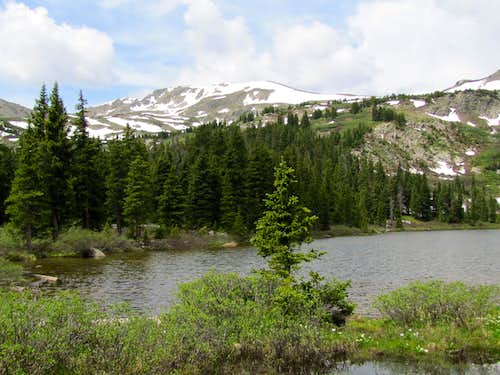 Peak 12955 ft sits on the continental divide in the Sawatch Mountains of central Colorado near the famous 14er Mt. Yale. The shortest way to reach the summit of Peak 12955 ft is to approach it from the south starting on Cottonwood Pass Road via the trail to Hartenstein Lake (see the page for Peak 12956 ft). Before reaching the lake, you will take the trail that goes to the 12020 ft Browns Pass where you can access the western slopes of the peak.

A more scenic option is to approach the peak from the northeast via the trail to Kroenke Lake. From North Cottonwood Trailhead, you will hike the trail through a beautiful pine forest to the 11500 ft Kroenke Lake and then a 12500 ft saddle. You will then leave trail and hike up the easy northern slopes to reach the summit of Peak 12955 ft.

From the intersection of Route 24 and Cottonwood Pass Road in Buena Vista (the only traffic light in town), drive less than half a mile north on Route 24 and turn west onto County Road 350 (Crossman Ave). Drive west for 2 miles until you reach a T. Turn right (north) onto 361. After about a mile, turn left onto 365. This is a dirt road which later gets somewhat rough but is rated for passenger car. Go miles 5 miles to reach the trailhead at the end of the road.

The trail starts on the west side of the parking area. It crosses to the south side of the creek over a pedestrian bridge and then follows the creek west through a lush pine forest. After about 1.5 miles, it crosses back to the north side of the creek and then reaches a split. Right goes to Mts. Harvard and Columbia. Take the left branch to Kroenke Lake.

Slopes of Mt. Yale may be seen through the trees. 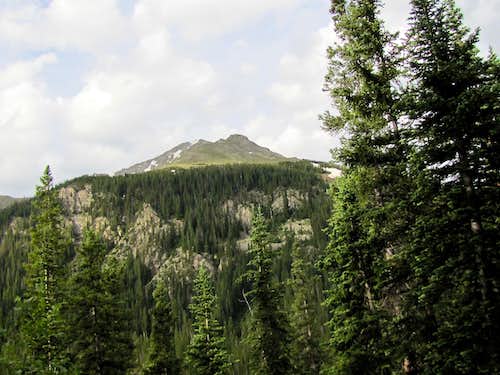 Trail on the south side of the lake. 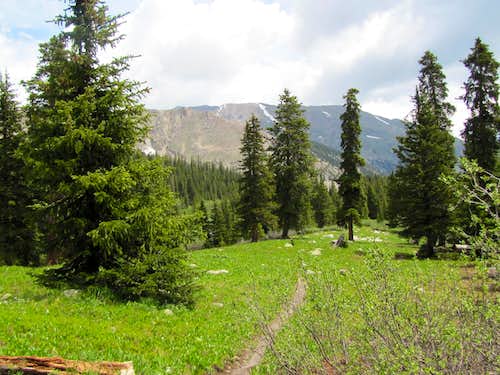 You will soon go above the tree-line. Point 13605 ft to the northeast of Mt. Yale. 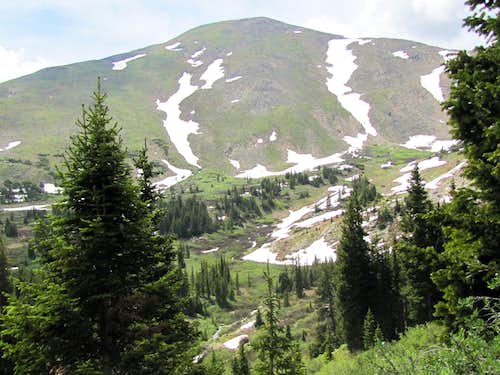 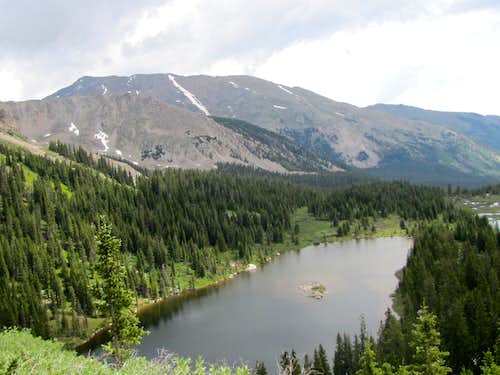 The trail goes through a dense growth of bushes. 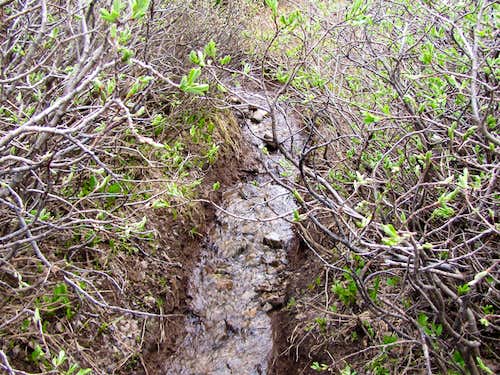 Trail in the dense bushes

The trail continues onto the 12500 ft saddle. 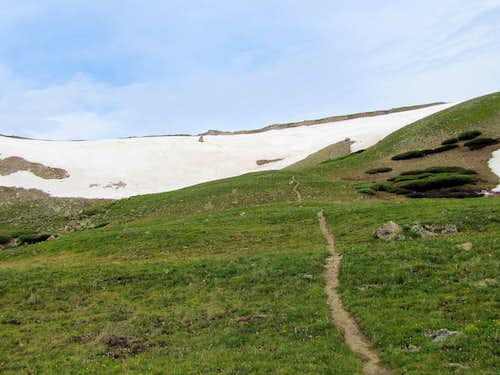 At the saddle, head south, leave the trail and hike up the easy grassy slopes. 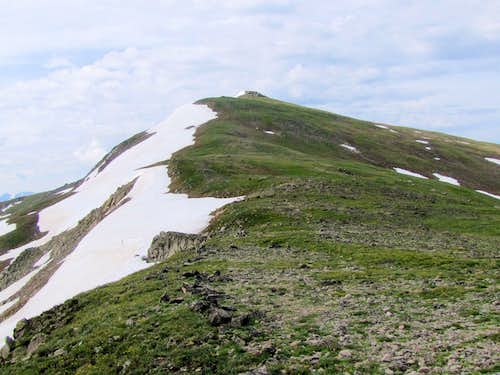 You will find a bunch of boulders on the very top. 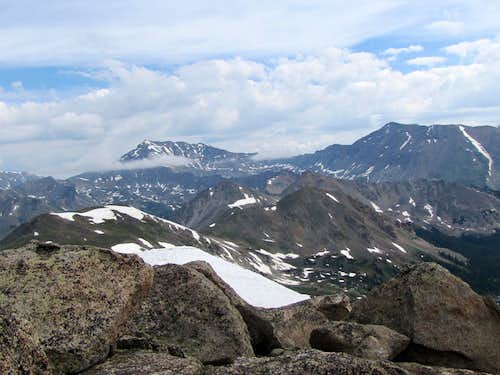