Purple Mountain is located in the Elk Mountains less than 1 mile south of Yule Pass and close to the towns of Pittsburgh (Pittsburg) and Crested Butte. It is the most northern peak in the Ruby Range, a subrange of the Elk Mountains. Purple Mountain has two summits. Its numbered summit is the northern of the two. It's highest is the southern of the two, 100 yards south of the northern summit. 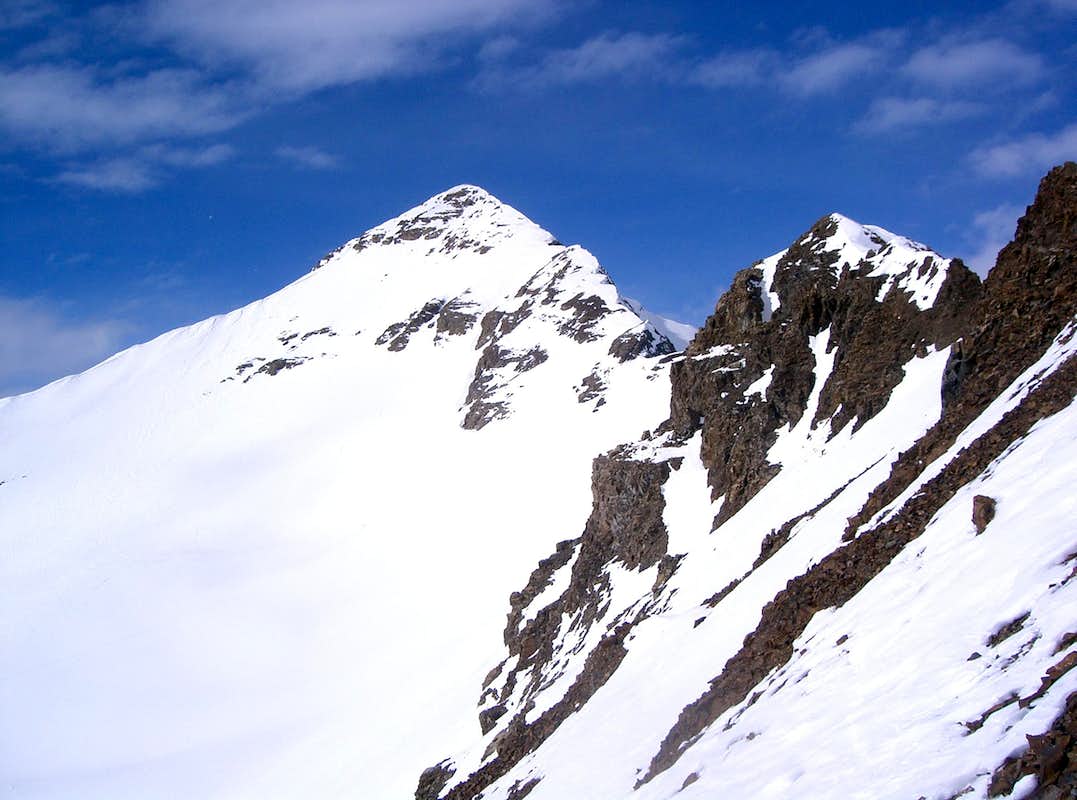 Purple Mountain from its southeast ridge
Purple Mountain is the 662nd highest peak in Colorado, but the 257th most prominent in the state and the 25th highest twelver in Colorado. Gerry Roach classifies Purple Mountain as one of Colorado's Classic Peaks. In addition to providing a fun hike and scramble in the summer, the south face makes a fine ski descent in the fall, winter and spring during times of low avalanche danger. From the summit, Treasure Mountain, Treasury Mountain, Cinnamon Mountain, North Maroon Peak, South Maroon Peak, Pyramid Peak, "Thunder Pyramid" and "Lightning Pyramid" can be seen. 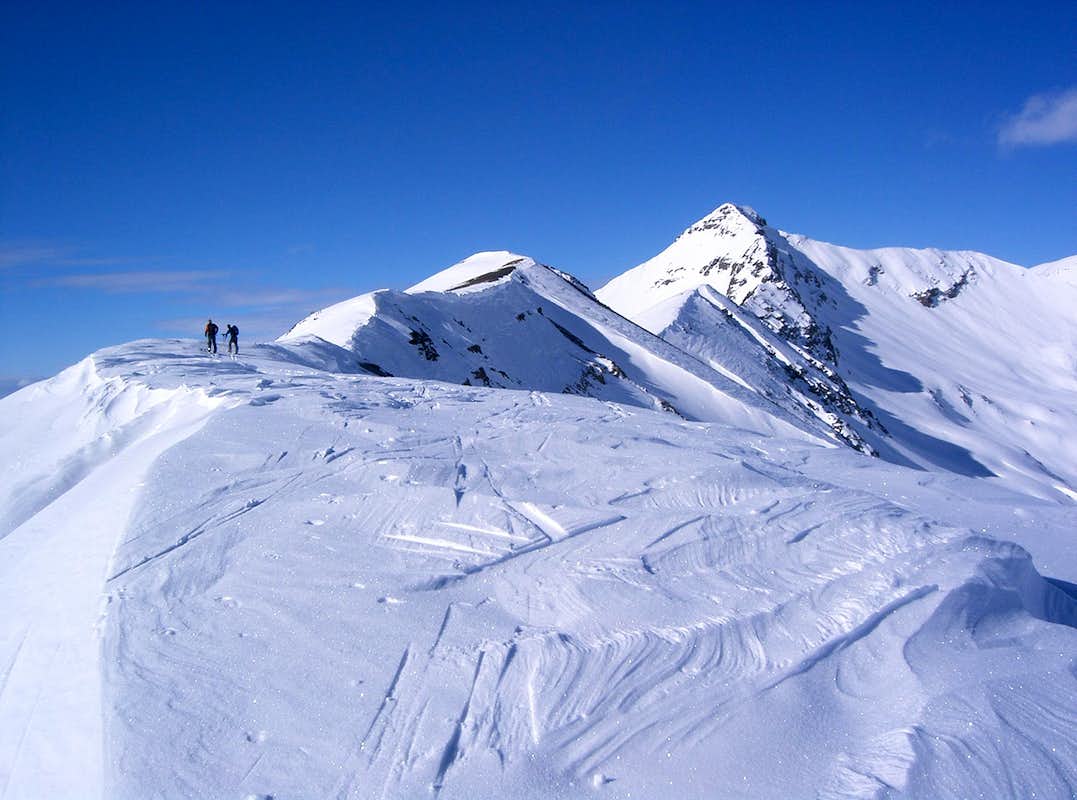 Purple Mountain from its southeast ridge 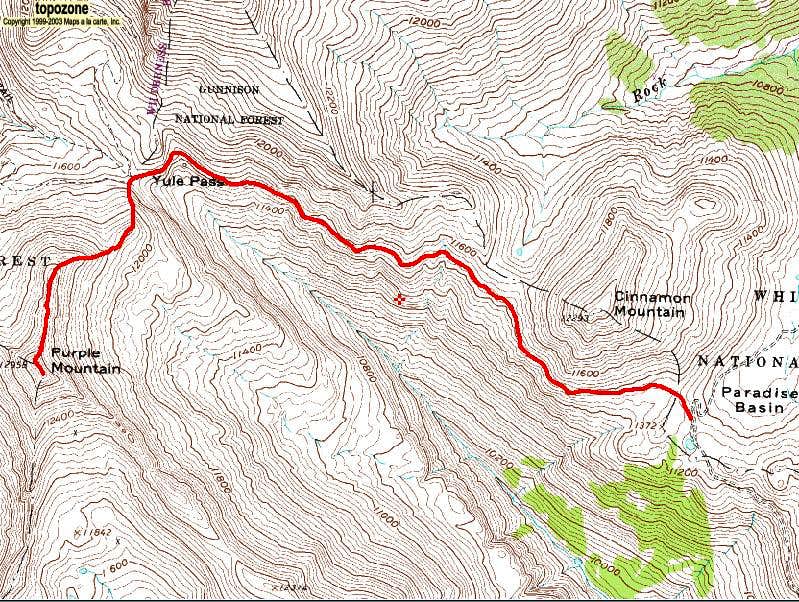 Snow closure is about 3 miles from the CO 135/Slate River Road intersection, adding 18 miles roundtrip to the north ridge route. During times of snow closure, a more direct assault of Purple Mountain by its southeast ridge is more feasible.

Purple Mountain's summit is on the eastern border of Raggeds Wilderness, so motorized travel is permitted from the east.

Valid link to climb.mountain.com for Purple Mountain as of Sept, 2018

The external link to climb.mountain.com is broken. This one appears to work: http://www.climb.mountains.com/Classic_Peaks_files/Colorado_Classics_files/Purple_Mtn.shtml