Mineral Point A is located in the Elk Mountains about two miles south of Yule Pass and close to the towns of Pittsburgh (Pittsburg) and Crested Butte. It is the third most northern peak in the Ruby Range, a subrange of the Elk Mountains. 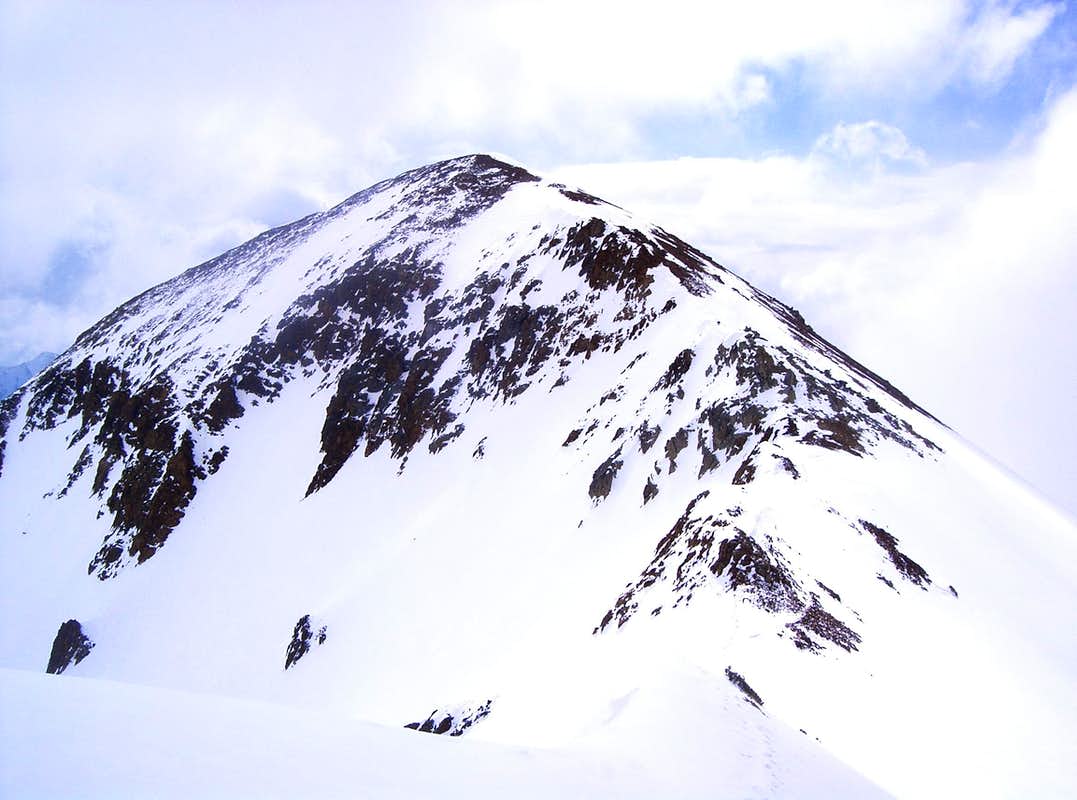 Mineral Point A from Augusta Mountain.

In addition to providing a fun hike in the summer, the east face makes a fine ski descent in the fall, winter and spring during times of low avalanche danger. 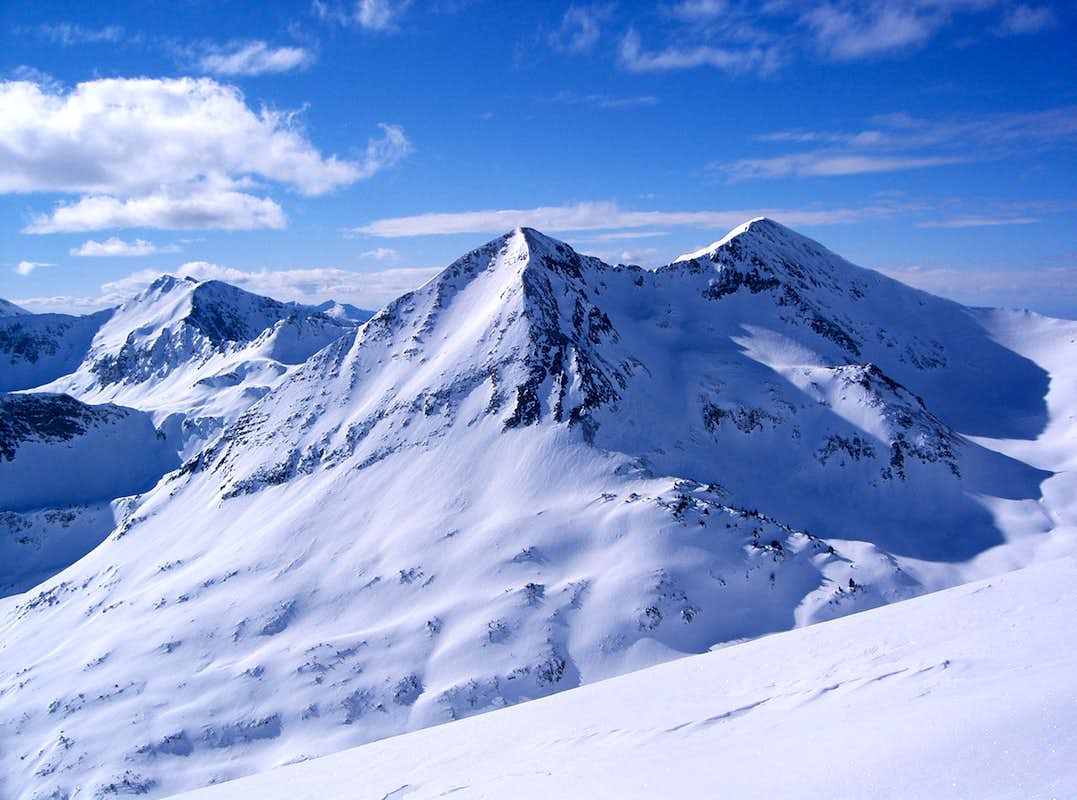 Mineral Point A & Augusta Mountain, from left to right, from Purple Mountain. 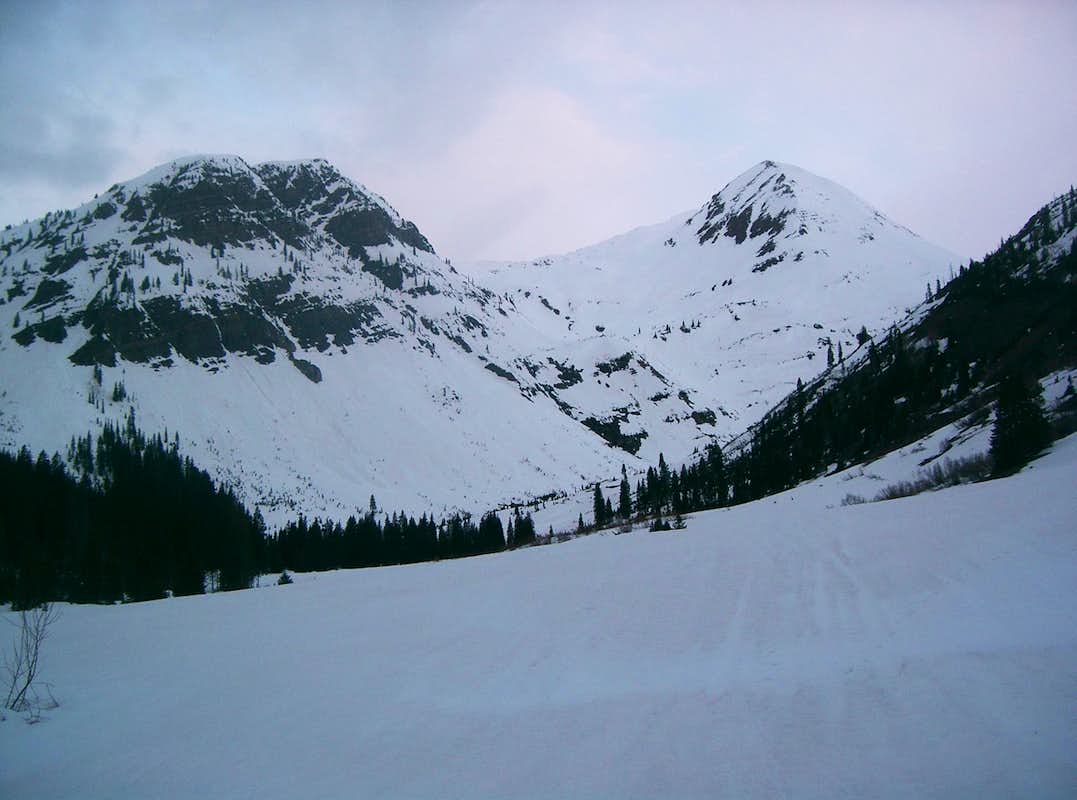 From CO 135 and Main St. in Crested Butte, drive 0.9 mile north to Slate River Road (FSR-734). Follow Slate River Road to Poverty Gulch Road (FSR-734.2A) just before Pittsburgh, Colorado. Follow Poverty Gulch Road up Poverty Gulch, which crosses the creek to the west and switchbacks up to Augusta Mine at 11,000'. This is the summer trailhead. Follow the drainage west up to a bench lake, then climb the southwest face directly or gain the Augusta Mountain-Mineral Point A saddle and follow to the summit. The ridge is no more than class 2, but has a bit of exposure on the north side. 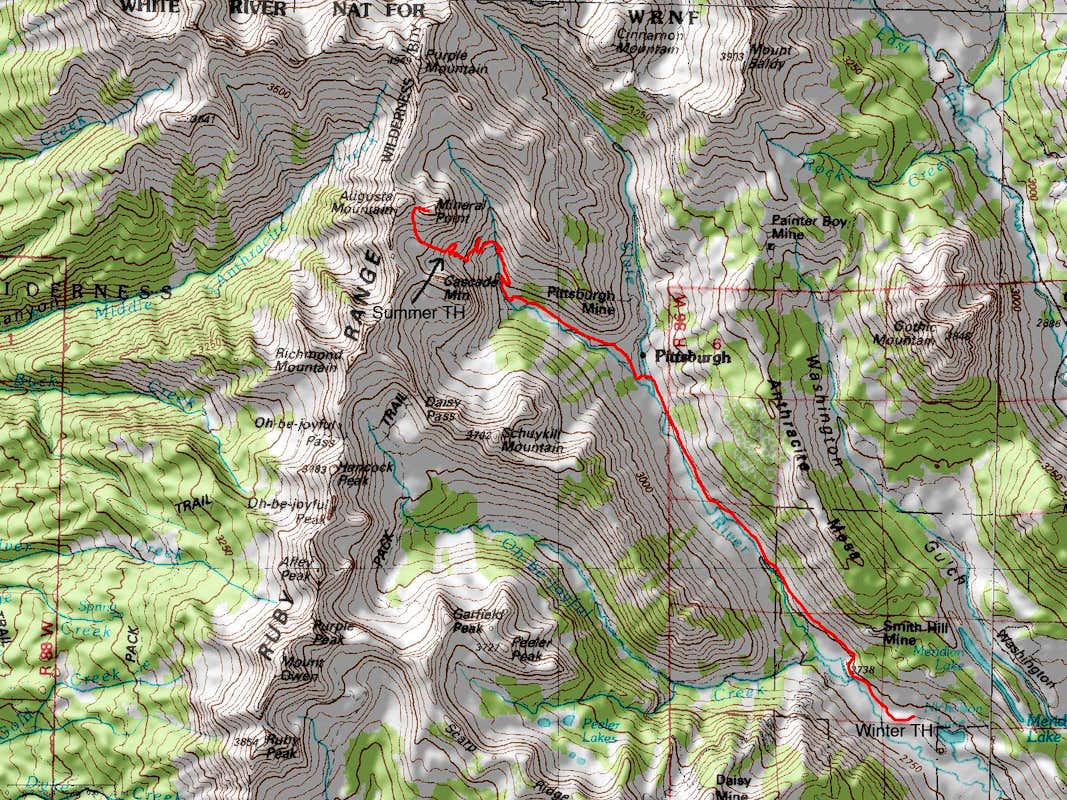 Mineral Point A via Slate River Road. Click to enlarge.

Snow closure is less than 3 miles from the CO 135/Slate River Road intersection, adding ~11 miles roundtrip to the summer route.

Mineral Point A is just outside of the eastern border of the Raggeds Wilderness, so motorized travel is permitted from the east.