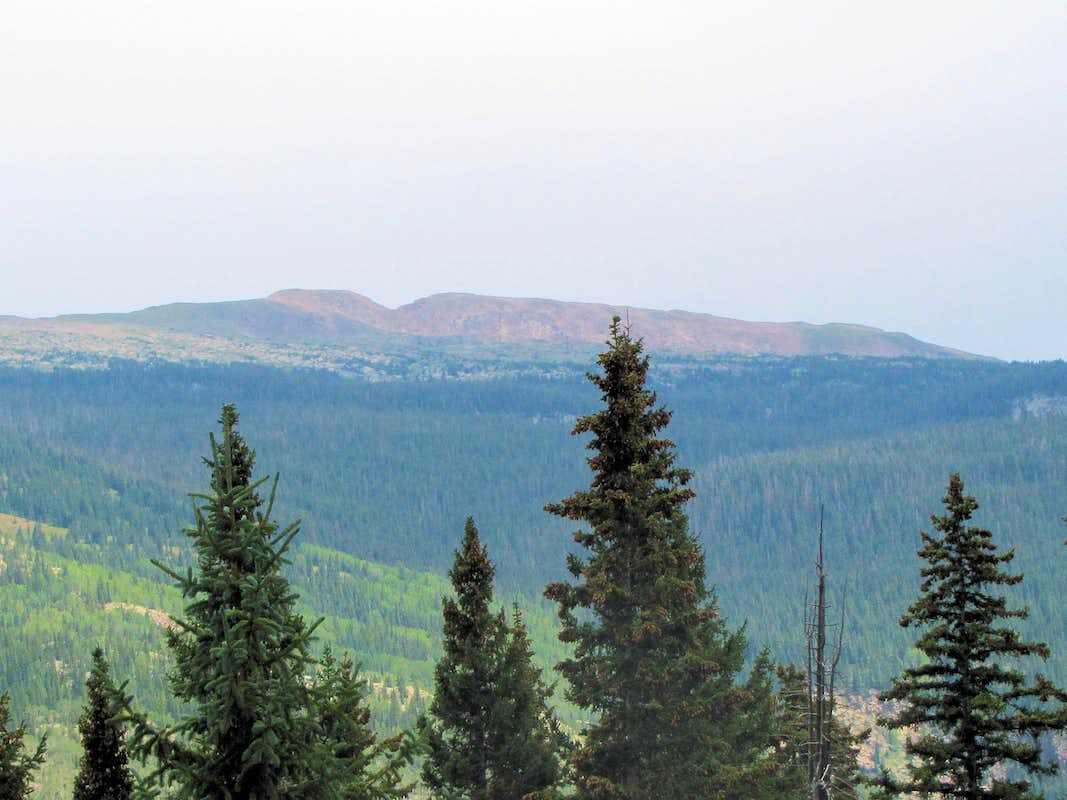 
The summit of Peak 12618 ft provides you with some of the best views of the most impressive peaks in Colorado: The Grenadier and The Needle Mountains.

Peak 12618 ft rises to the east of Crater Lake in the San Juan Mountains of southwestern Colorado between Snowdon and North Twilight Peaks. The facts that it is lower than its surrounding mountains and has gentle western slopes, make Peak 12618 ft appear as an inconspicuous mountain when viewed from Route 550 north of Coal Bank Pass. The eastern slopes of Peak 12618 ft are in contrast very steep dropping 4000 vertical feet down to the bottom of Animas River Canyon where the Durango-Silverton narrow gauge scenic train runs. I suspect that those who view Peak 12618 ft from the bottom of the canyon, see it as a jagged mountain soaring into the sky.

A well-established trail starts at Andrews Lake off of Route 550 and goes to Crater Lake. From the lake, Peak 12618 ft will not be visible but you could hike up the thin forest and then grassy slopes to reach its summit. 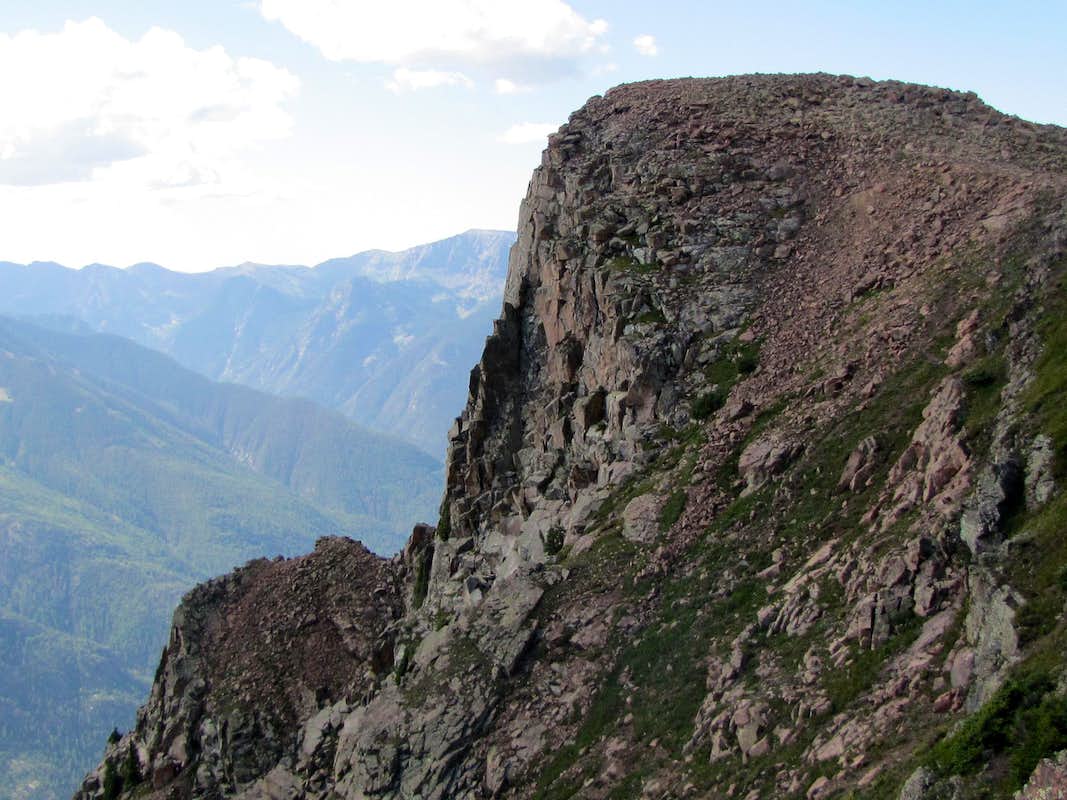 The steep eastern slopes on the left.

From Durango take Route 550 north for about forty miles to just south of Molas Pass, which is the second pass you encounter on the way from Durango to Silverton. Turn off of 550 east on the well-signed road to Andrews Lake. Follow the road for a quarter of a mile or so and park at the paved lot near the lake. Here you will find restroom facilities and a dock for fishing.

The trail starts just south of the lake. The road from 550 to Andrews Lake is impassible in winter but is used as a cross-country ski trail. If you come here during winter, park on the shoulder of 550 and follow the trail to Andrews Lake.


At the Andrews Lake parking area, go on the trail that follows the periphery of the lake. You can go in either direction but going to the right (west/south) side of the lake may be shorter. Leave the peripheral trail and get on the trail to Crater Lake. This trail makes a number of switchbacks going up a pine forest. After around a mile, you will see an unsigned trail on the left going to Snowdon Peak. Continue straight on the Crater Lake Trail.

The trail does a number of ups and downs going south through a pine forest and meadows giving you great views of the peaks to the west and south.

After around 3.75 miles, you will get a view of the western slopes of Peak 12618 ft. The peak will quickly go out of view again as you continue south on Crater Lake Trail.

The trail ends at Crater Lake which sits at the foot of North twilight Peak.

Go to the west side of the lake and find your own way up the gentle slopes through a thin forest. You will see a number of smaller lakes/ponds.

You will soon go above the tree-line. The summit of Peak 12618 ft will come to view.

Hike up the beautiful grassy slopes toward the summit.

When you reach the top of the ridgeline to the north of the summit, the very steep eastern slopes come to view.

No fees or permits.