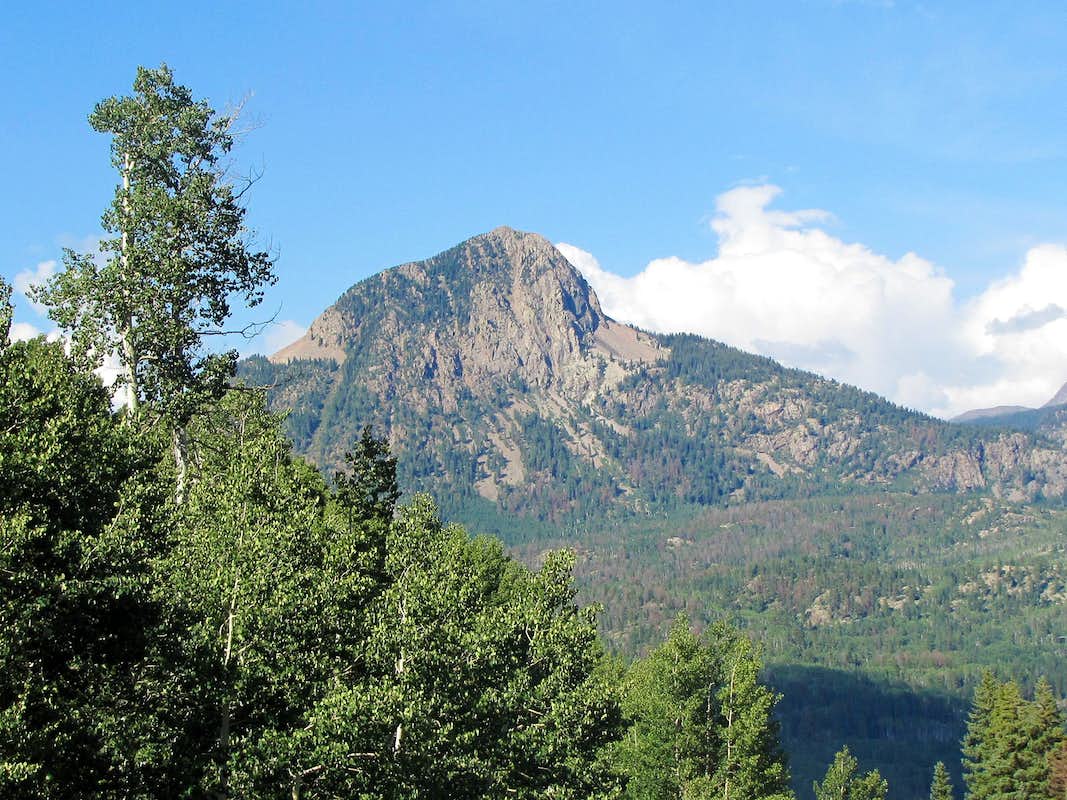 Potato Hill is a prominent peak that rises to the east of Route 550 in the San Juan Mountains of Southwestern Colorado to the north of Durango Mountain Resort (Purgatory Ski Area). To the east and west, Lime Creek and Mill Creek carve canyons that go thousands of feet below the summit of Potato Hill. The south face of Potato Hill creates an impressive wall that is well visible from Purgatory Ski Slopes. The only connection that Potato Hill makes with its nearby mountains happens at the 10620 ft Coal Bank Pass to the north on Route 550.

No trails go to or near the summit of Potato Hill. Reaching its summit requires you to find your own route. This is usually done from the north via Coal Bank Pass or from the west via a nonspecific spot on Route 550. A challenging route from the south via Potato Lake has also been described (reaching Potato Lake requires a four wheel drive vehicle). 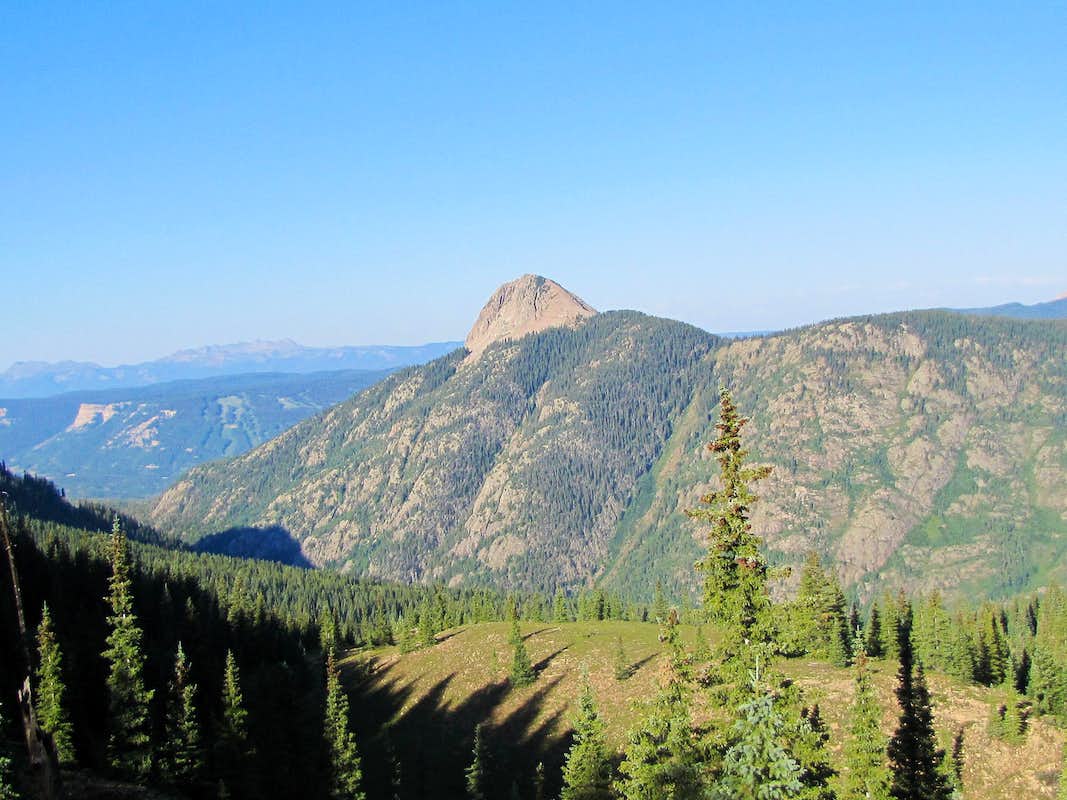 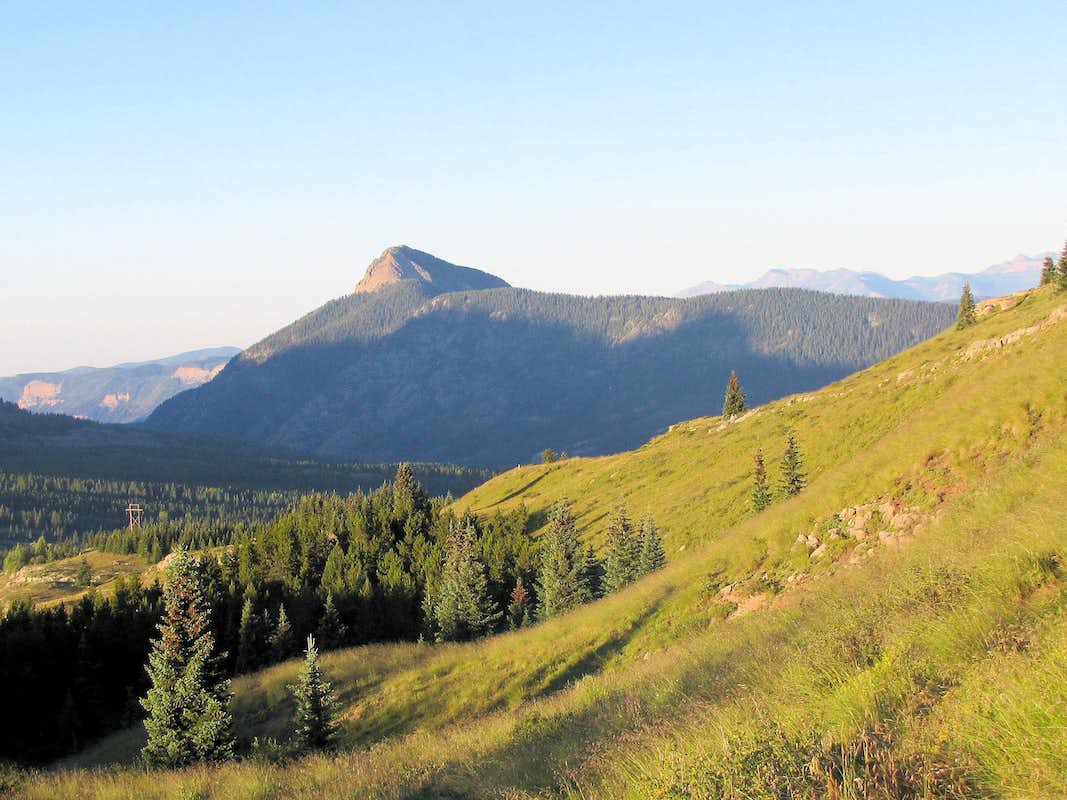 Coal bank pass is 33 miles north of Durango (or 14 miles south of Silverton) on Route 550. Parking is available at the pass. Potato Hill on the left


There are no trails here. The path that I took went into a pine forest with limited views of surrounding mountains. Potato Hill did not even come into view until an hour after the start of my hike. It soon got lost behind the trees again. While on the way up, I had my good sense of direction and was able to reach Potato Hill without getting lost, on the way back, I found myself totally relying on my GPS to show the path that I had earlier taken. Without GPS, I would have probably made it back to Route 550 far from Coal bank Pass (assuming that I would not have run into any obstacles). Carry GPS or otherwise be able to find your way back.

The biggest obstacle in the forest was the endless number of dead fallen pine trees. It took me 3 hours to hike the 2 mile distance.

At Coal Bank Pass, the tip of Potato Hill was visible to the south. I headed south into the forest. As soon as I entered the forest, this view went away and I did not see potato Hill until an hour later.

After an hour, the summit of Potato Hill came to view but as I went further south, it hid behind the trees again.

After a lot of ups and downs, at an elevation of 11150 ft, I reached a steep tree covered slope that I knew was the base of the summit of Potato Hill. Went directly up this slope.

The forest finally ended at around 11450 ft. A big pile of boulders came to view.

Going up the boulder field.

I then reached a high point. What I thought was the summit of Potato Hill appeared. This turned out to be a false summit.


A little more scrambling below a ridge-top took me to the true summit.


Views from the summit of Potato Hill: