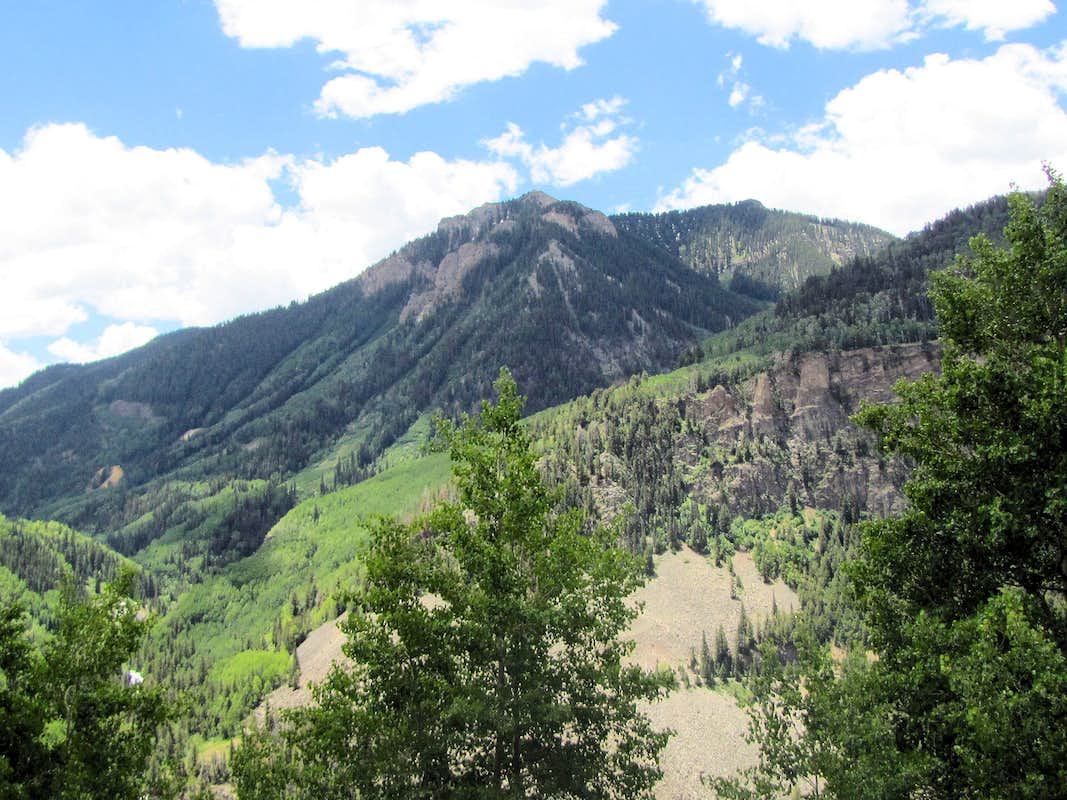 The north face of San Bernardo Mountain from Route 145


San Bernardo Mountain rises near Lizard Head Pass on Route 145 south of Telluride in the San Juan Mountains of southwestern Colorado. Although San Bernardo has 1000 ft of prominence, it appears as an inconspicuous mountain due to the fact that it is surrounded by 12, 13 and 14000 ft peaks.

San Bernardo has two summits: Point 11861 ft to the west and Point 11822 ft to the east. These two points are separated by a roughly U-shaped ridgeline that drops to a minimum of 11740 ft. The northern slopes of San Bernardo are covered by a forest all the way to the summit. Below the summits and the connecting ridgeline on the south side, you will find small walls/steep rocky areas. Despite this, a walk-up access is possible from the south.

Lizard Head Trail starts at Lizard Head Pass and goes up to 10900 ft at the base of the southern ridgeline of San Bernardo Mountain before going down into Wilson Meadows. You can leave trail here and follow the ridgeline to the top. The forest on the ridgeline is fairly thin. 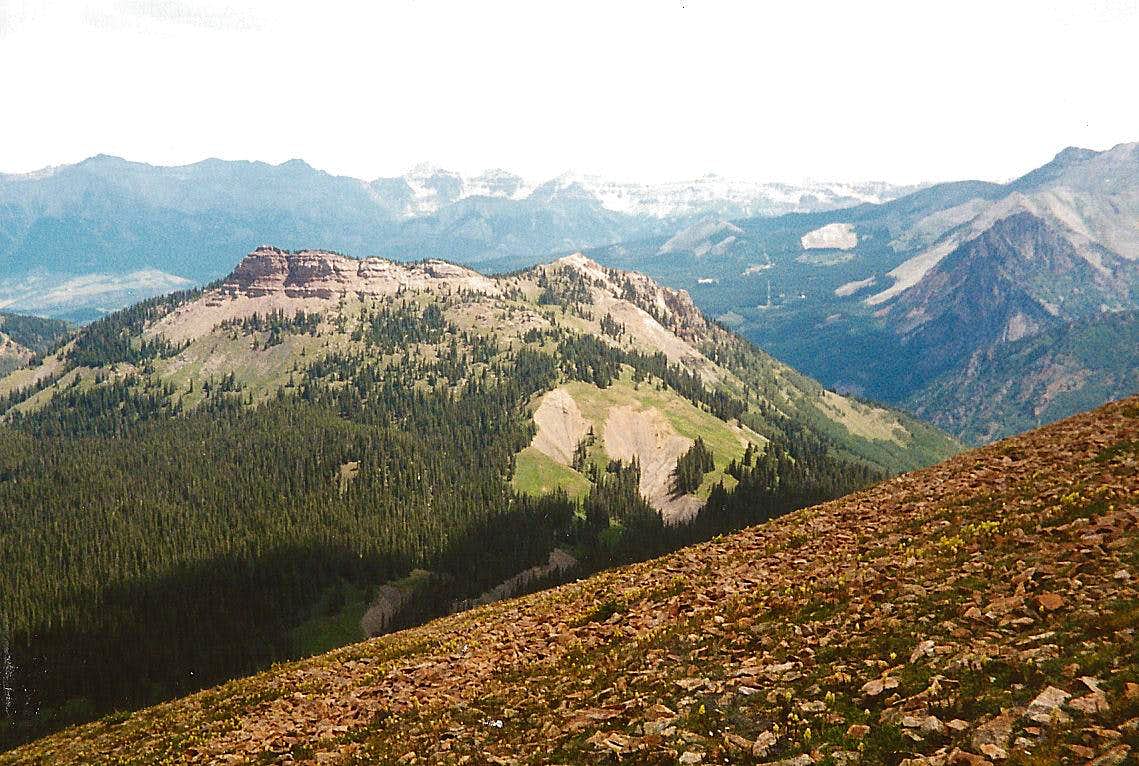 From Telluride, drive south on Route 145 to Lizard Head Pass (16 miles). Parking/picnic area is available at the pass. Please note that you will have no views of San Bernardo Mountain on this route. Follow the trail north parallel to Route 145. The trail goes through a forest of mostly Aspen trees. It goes up and down but overall, does not change much elevation. Some traffic noise may be audible. The trail then starts to make a large number of switchbacks going up in elevation quickly. Where there are breaks in trees, Trout Lake and the peaks around it will be visible. You will then reach a signed junction. Left goes to Black Face Mountain. Continue right (straight). You will be walking in a Pine forest on a relatively flat area. Depending on the season, you will go by a small pond and cross two small creeks until you reach a place where the trail begins to go down. A sign may point straight for Wilson Meadows. This is the start of the southern ridgeline of San Bernardo. Lizard Head Peak will be in good view. Leave trail and begin going up on or near the crest of the ridgeline. For some time you may actually see a trail. You may have to go in and out of patches of forest but the forest is thin. You will get glimpses of the rocky slopes below the summit. Views from the ridgeline: You will then reach a pond. A dirt slope goes up a short distance to reach the 11740 ft saddle on the ridgeline between the two summits of San Bernardo. Turn left (west) and follow the top of the ridgeline to reach the summit. You will see a Pine forest on your right. To the left, steep rocky slopes drop down.
Views near and from the summit of San Bernardo Mountain: