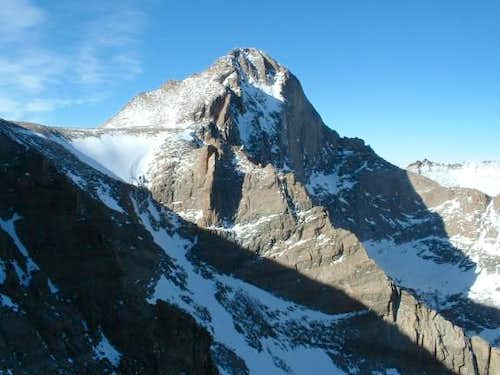 Longs Peak
Colorado is one of the most beautiful states in the United States. This was one of the last major states on Summitpost not to have a page dedicated to its 2,000 foot prominence peaks. In the lower 48 Colorado ranks 7th. Nevada, California, Montana, Idaho, Utah, and Washington have more. Colorado is able to boast 80 P2K peaks and 2 Error Range peaks. Most avid hikers in Colorado are in competition to climb 14ers and 13ers. Only 20 of Colorado's 53 14ers have at least 2,000 feet of Prominence. As far as 13ers there are 18 with at least 2,000 feet of prominence. There is also 26 County High Points on this list as well.

I will be keeping an eye out to make this page stay as updated as possible.


Resources used to help with this page: Peaklist and Peakbagger.

Here is a map of the Colorado P2Ks.

To date there is one known person who has climbed all of Colorado's Prominence Peaks: Bob Packard To see the list of others progress on this list check out Peakbagger.

Nice new page! Summit Peak (#29 on prominence list) is now back on SummitPost, after a long stint in purgatory.

Great catch Larry. This is now fixed! Thanks for catching this.

A page on Mount Mestas is now on SP. Add the link in your page?

I added the link. Thanks for posting this page.

I added the link. Thanks for posting this page.

Thanks for catching this. It's corrected.