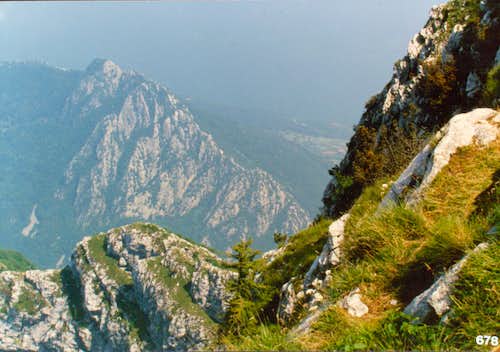 The mountain range along the eastern shore of Lake Garda – Monte Baldo – is better known than the mountains on the western side. But also the mountains on the western shore can offer good mountaineering destinations. The best destination on the northern part of the west Garda lakeside is its excellent climbing area. And the southern part of the west Garda lakeside is dominated by Monte Pizzocolo. It offers an excellent hiking destination. Though it is only 1582 m high, it is the highest peak in a radius of 12 km. It’s prominence is 636 meter, so it offers an excellent panoramic view, especially to the range of Monte Baldo that is on the opposite side of Lake Garda. You can see also the Lake Garda, and in clear weather the Adamello Group, the Appennines, and many other mountains.

According to the classification of Alps by SOIUSA, Monte Pizzocolo belongs to the range Garda Pre-Alps, and within that range it belongs to its southwestern sub-range.

It’s official name is written as Monte Pizzocolo or Monte Pizzòcolo. But in local Brescia dialect it is also called Pisocol, Gu or Serà.

The official name Pizzocolo may derive either from “pizzo” and “zoccolo” (tooth and hoof) or alternatively from “Pinzocol” that means “Protruding rock” in local dialect.

For the origin of the name “Gu” please read the next paragraph.

View of the mountain from Rocca di Garda - Napoleon's face profile?
First some geologic history: During the last glacial periods the eastern side of the mountain was formed by the glacier moving very slowly in souther direction in the valley where now we can see Lake Garda.

And now let’s continue with the Napoleonic times: According to some theories the local name “Gu” of this mountain comes from the era of the Napoleonic wars. The soldiers of the Napoleonic army were impressed by its sharp contour when they noticed this mountain when they occupied the Lake Garda area. The sharp contour of this mountain reminded them to Napoleon’s profile, and they escamated: Aigu, aigu! And this French word was transformed by the local people to “Gu”. For me this story doesn’t sound very realistic (the French soldiers yes, but the etimology not). But I share the story with you.

The famous Italian poet Giosuè Carducci was impressed by the beauty of this mountain. In 1882 he published some of his odes, including one about Sirmione, where he wrote “il Gu sembra un titano per lei caduto in battaglia, supino e minaccevole…”

Like many other mountains in this part of Italy, this mountain was also fortificated by Italy during WWI (1915-1918 in Italy), being prepared for a potential Austrian attack. The present-day Rifugio Pirlo was built in this time, too. Finally there was no battle on this mountain.

Though it is not direclty linked with the mountain itself, I must mention that the headquarters (de facto capital) of the Italian Social Republic – better known as Salò Republic – was in Salò. Saló is the nearest city to Monte Pizzocolo: it is only in 10 km distance. The Salò Republic was the second and last incarnation of a Fascist Italian state (23 September 1943 – 25 April 1945). 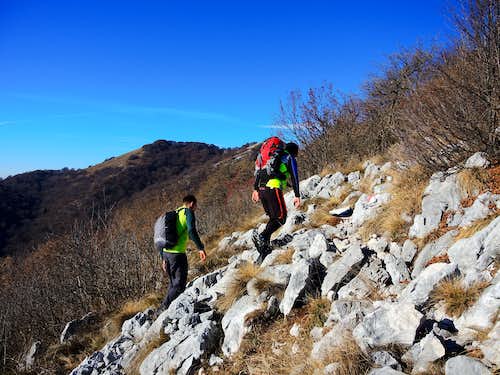 Pizzocolo upper S ridge route
On marked trail the peak itself can be accessed from west. The peak can be ascended also on the south ridge - but it is an unmarked route.

Please see the inserted map detail for the marked trails of the mountain. 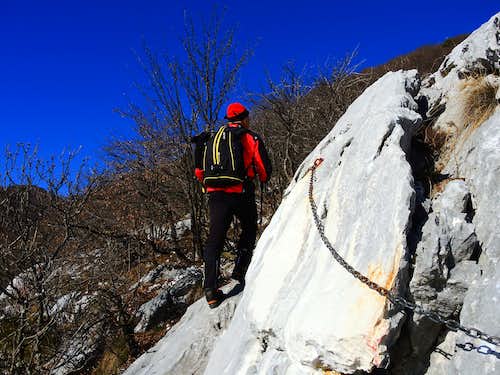 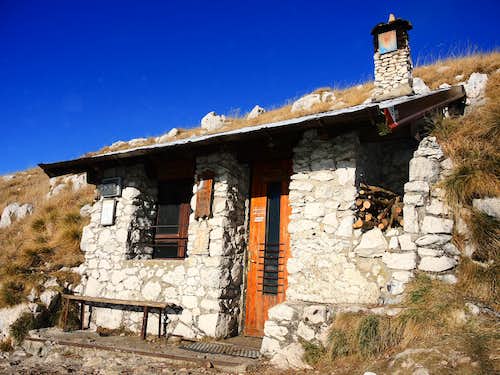 Many campings at Saló and Toscolano, at the Garda lakeside 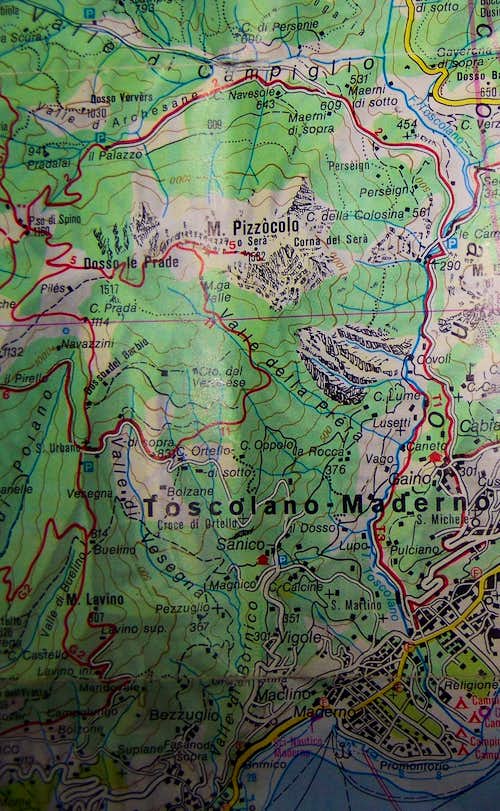