NAME ALERT: The names Takhte Khers, Kahoo, Chapakro…appear in reference to different local peaks on different maps. In this discussion, the names strictly apply to the peaks identified on the above linked map.

Takhte Khers belongs to a local group of 4000 m plus peaks that rise immediately to the west of Mt. Damavand in the Central Alborz Mountains of northern Iran. To the east, Takhte Khers is connected to the 4338 m Dokhaharan Peak, which is the highest peak of the local group and to the west it is connected to the 4150 m Kahoo Peak. To the north, a ridgeline connects Takhte Khers to the 4007 m Haft Saran Peak. This ridgeline separates the upper portions of the Sesang River from the upper portions of the Yalrood River. The northeastern slopes of Takhte Khers are easy to climb and can provide access to the summit via the Sesang River Valley. The northwestern slopes (above the Yalrood River) appear rocky and will probably provide much more challenge to the climber. Seasonal alpine lakes can be found on both sides of the mentioned ridgeline. To the south, the slopes of Takhte Khers drop to the bottom of the Deev Asiyab River.

Takhte Khers and its neighbors are located in a remote part of the Central Alborz Mountains a very long day’s hike away from the nearest village (the village of Nomar to the northeast). Takhte Khers is usually climbed, along with some of its neighbors, in a multi-day hiking program. On day one, you will hike from the Nomar Village (2150 m) to the Lehra Saddle (3650 m) and then descend to the bottom of the Sesang River Valley (3500 m) and follow it upstream to set up a base camp in the upper portions of the valley (3600 m). This will involve a 20 Km (12.5 mile) hike. During the next few days, you can climb some of the local peaks before returning to Nomar (Look under “Route” for details).

The summit of Takhte Khers is very broad and covers a rather large area. The most impressive view from the summit, is obviously that of the 5671 m cone of Mt. Damavand rising far above the local 4000 m peaks 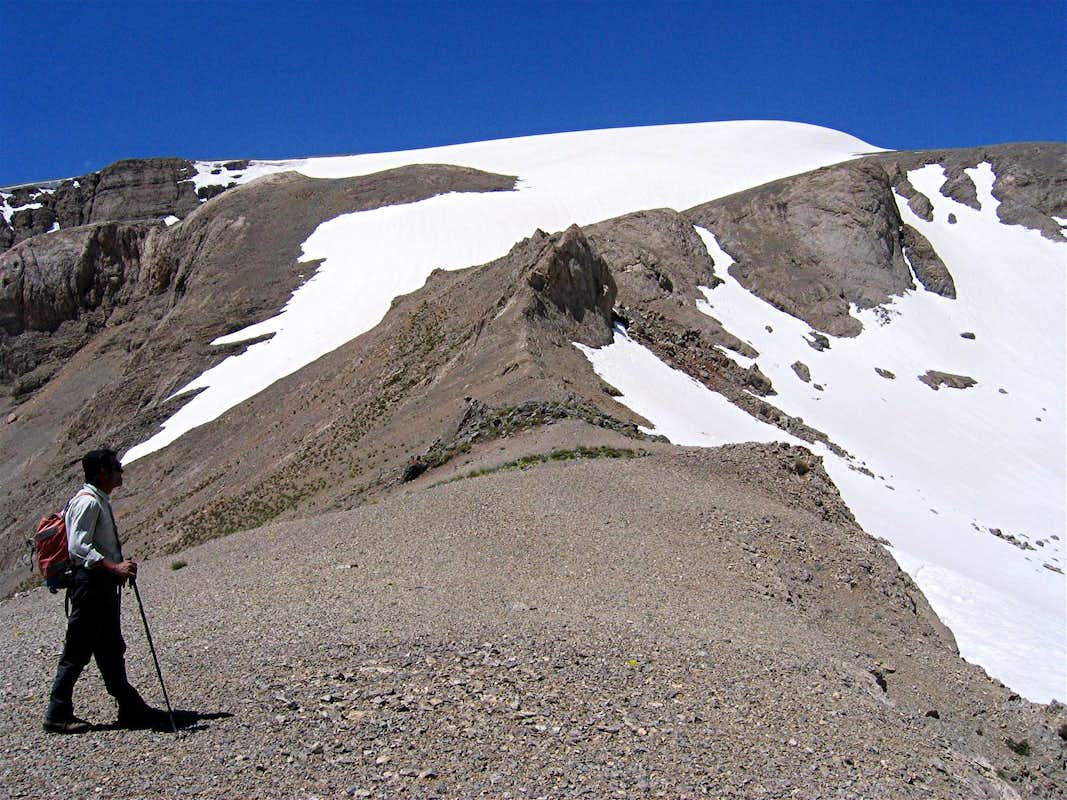 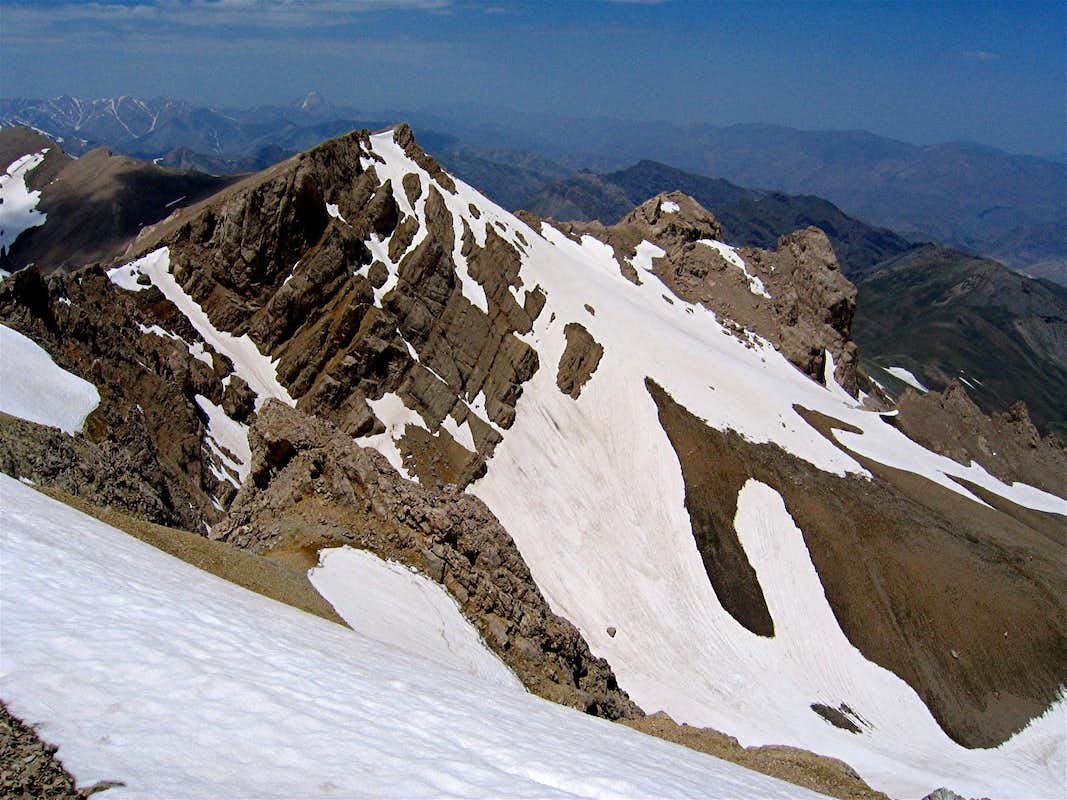