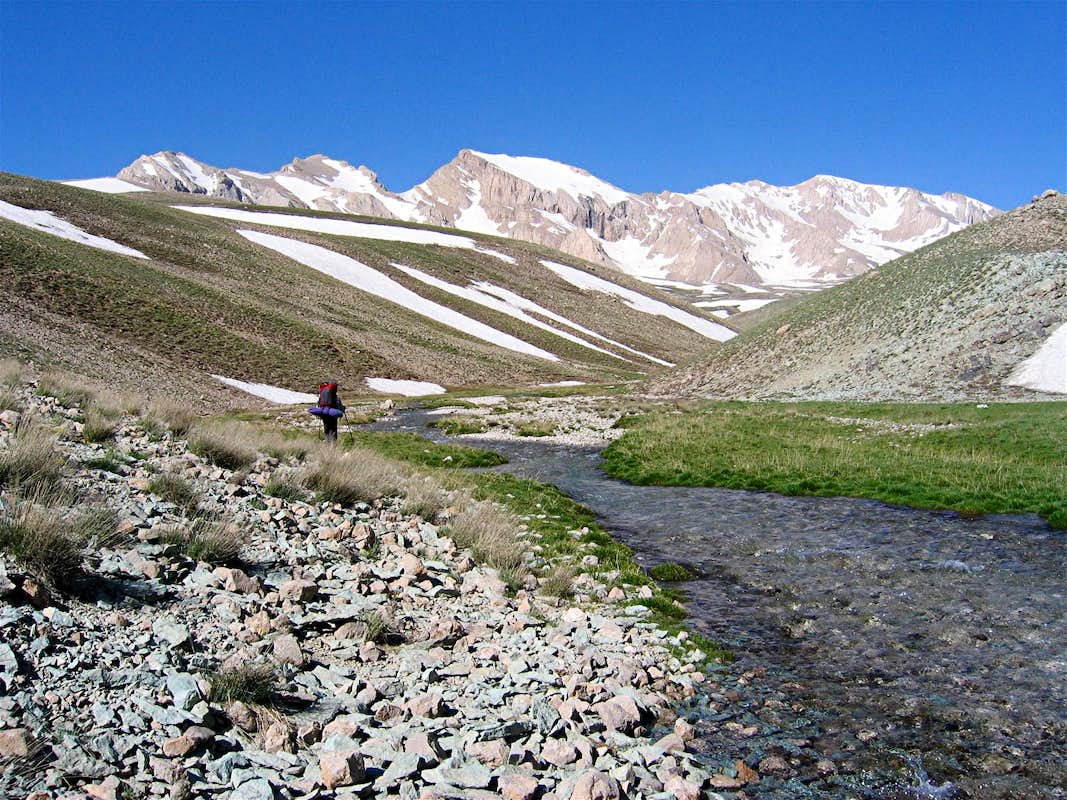 NAME ALERT: Many sources use the name “Chapakro” in reference to the nearby “Dokhaharan” Peak which is the highest mountain in this local group of 4000 m peaks. The reason for this confusion is not apparent to me since the names are pretty self explanatory. “Dokhaharan” means “Two Sisters” and can only refer to the twin summits that rise to the west of the mountain identified on this page while “Chapakro” translates as “Crooked Face” (see below for explanations). Oddly enough some maps call the 4089 m “Darreh Khooni” peak “Chapkro” and give it a mistaken elevation of 4260 m. These maps often use the name “Makhroot Sar” for the mountain discussed here. 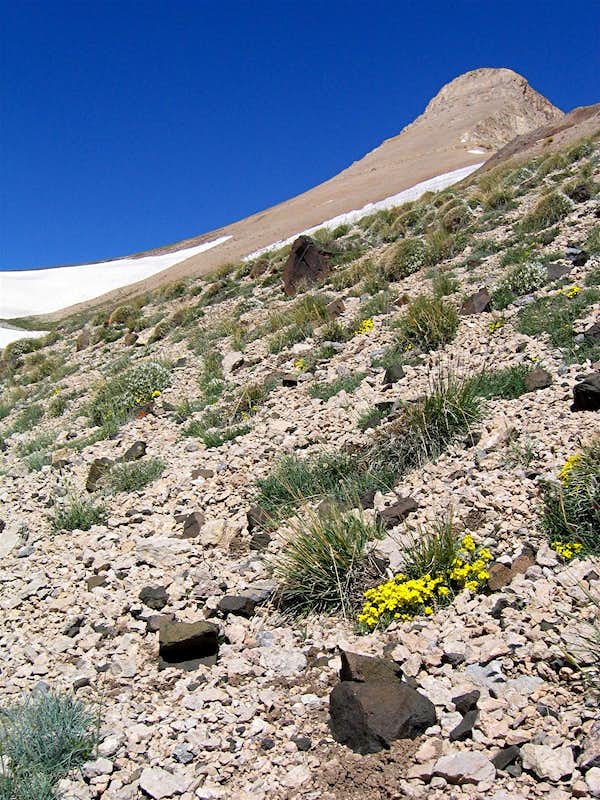 Chapakro is one of the 4000 m plus peaks that rises in the Central Alborz Mountains of northern Iran near the 5671 m Mt. Damavand. To the west, Chapakro is connected to the twin summits of the Dokhaharan Peaks (4338 m) and to the east it connects to the 4160 m Erim Peak. The northern slopes of Chapakro drop down into the upper portions of the Sesang River (3600 m) while the southern slopes go down to the bottom of the Deev Asiyab River (3400 m).

Chapakro is a rugged peak whose summit is surrounded by cliffs on almost all sides. This is most notable to the northwest where an impressive wall can be found (PIC 1). A large trapezoidal shaped snow bank that is surrounded by walls sits on the northwestern slopes below the summit (PIC 1). This makes the mountain look as if it has turned its head to the left, hence the name “Chapakroo” (Crooked or “turned” face). From the southeast the peak appears as a cone with a rounded top (hence the name “Makhroot Sar” meaning “Cone head”) (PIC 1, PIC 2, PIC 3).

Chapakro is usually climbed along with some of its nearby peaks in a multi-day hiking program. The nearest starting point is the village of Nomar to the northeast. On day one, you will hike from Nomar (2150 m) to the 3650 m Lehra Saddle and then descend to set up your base camp somewhere on the banks of the Sesang River at around 3500 m. During the next few days you will climb Chapakro and other nearby peaks before returning to the Nomar Village. The only non-technical route for reaching the summit of Chapakro seems to be via the 4150 m saddle with the Dokhaharan Peak to the west. This saddle should be approached from the south (see route for more details).

From the summit of Chapakro you will have great views of the giant volcanic cone of Mt. Damavand only 15 Km to the southeast. Portions of the Lar Reservoir that provides much of the drinking water for the city of Tehran can be seen to the south. Many of the other nearby peaks will also be in good view. 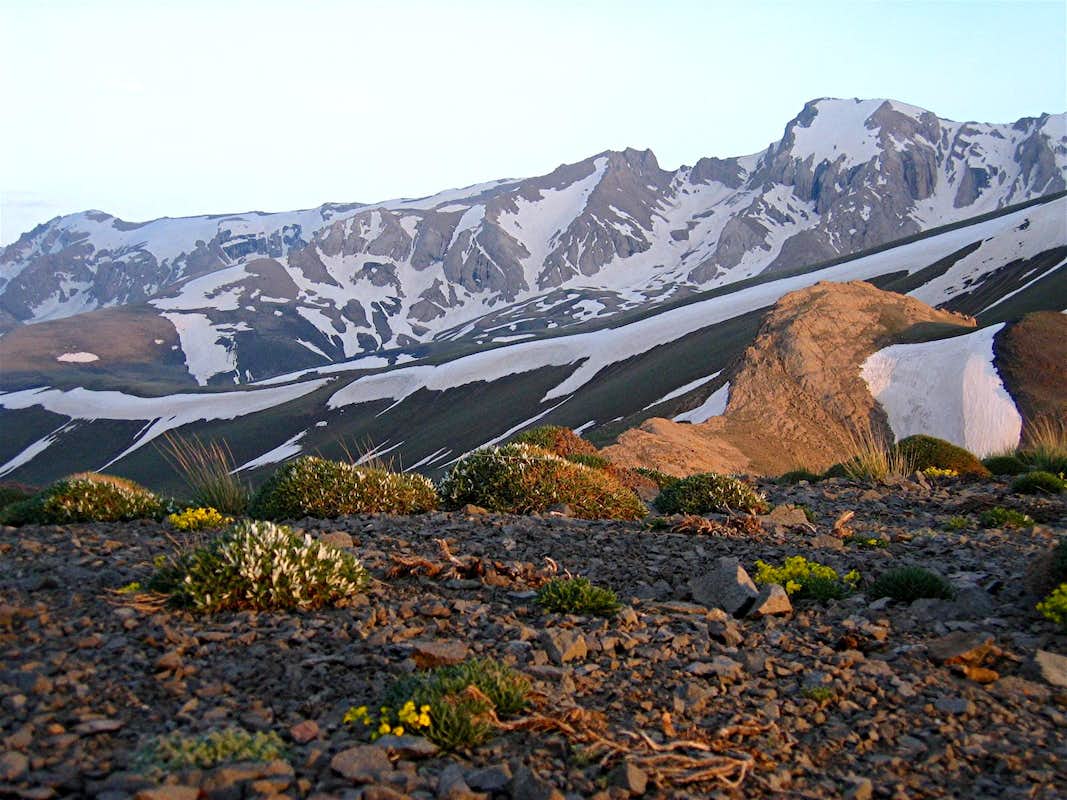