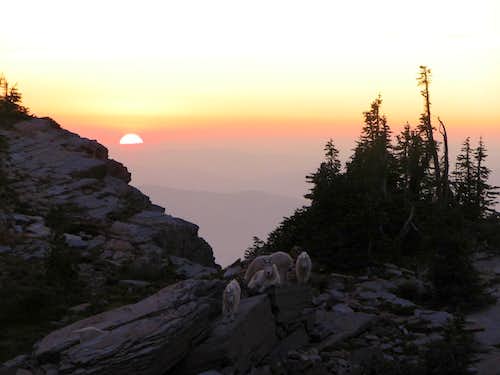 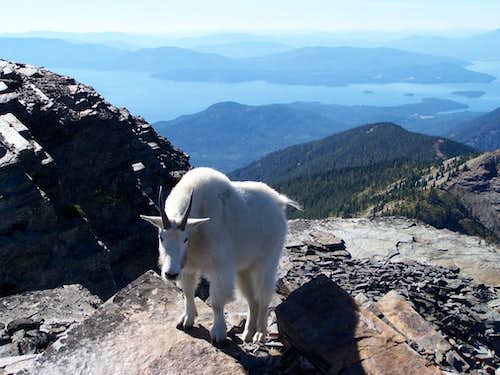 One of the most popular peaks in northern Idaho, Scotchman is well known to the locals and is one of those peaks that the locals like to climb. It is the highest Idaho Cabinet Mountain peak and is the site of a former lookout. In fact, two former lookout staff were struck and killed by lightning strikes here. It is said the name comes from the peaks resemblance to a Scotchman with a ruffled shirt and tam-o'-shanter but like other mountains named for looking like humans in various ways, you probably have to squint and use your imagination to see it. Lopez in "Idaho: A Climbing Guide" calls this the hardest Class 1 peak in Idaho. The trail gains 3700 feet of elevation over 3.5 - 4 miles so it's a genuine workout.

Scotchman Peak is also the high point of Bonner County as well as being the 5th most prominent peak in Idaho with 4649 feet of prominence so a lot of people summit this one to complete lists as well as get some exercise. The real payoff are the pretty spectacular views from the summit ranging from Idaho and Montana up into Canada. The proposed Scotchman Peaks Wilderness encompasses this peak as well as 88,000 surrounding acres. Reports of the occasional grizzly and wolf come up periodically but the wildlife the mountain is known for are the summit area goats. Many people hike this one to see the goats and a few stupid ones interact with them, letting them lick their sweaty legs which has led to them becoming habituated to humans and without fear. Hikers have been gored and goats have been shot because of all this so, for God's sake, pay attention to the signs on the trail about them and respect them from a distance and give them a wide berth so they don't end up dead because of human stupidity.

The best way to describe how to get there is to start at Sandpoint Idaho. Take Highway 200 (east from Sandpoint) to Clark Fork, ID and in downtown Clark Fork turn north (left) at the Chevron Station at Main Street. Go past the school and stay right continuing up Mosquito Creek Road #276 staying left past Lower Mosquito Creek Road to the junction of Road #2295 (unsigned but there is a sign pointing the way for Trail 65 which is the trail you want for Scotchman). Turn right and go a little over a mile. Watch for signs for Trail #65. Turn left on road 2294 (signed for Trail 65). Turn left next on 2294A (also signed). Follow this a little over a mile to where the road ends at the trailhead (you'll have to do either a small stream fording near the parking area or drive through the dry rocky stream bed. Appears passenger cars are able to make it all the way.

No permits required. Not for the trail, the trailhead or for camping.

The trailhead is at 3300 feet so it will depend on snow levels. Normal year access is late June through mid-October. 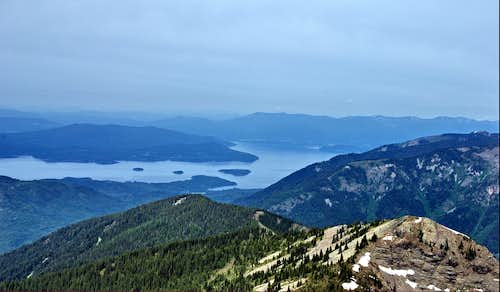 You could road camp right at the TH. There is an area suitable to pitching one tent or one could easily car camp (in their vehicle) nearby.

This is a summary of what is available in the Sandpoint area, click here.

The above mentioned link no longer works.

Some of the directions listed above are out-of-date. The best place to go for updated information about Scotchman Peak is the Friends of Scotchman Peaks Wilderness website - http://www.scotchmanpeaks.org/hiking/self-styled-hikes/scotchman-peaks-trail-65/. It's a wonderful hike!

Thanks, I recently became co-owner of the page and updated it with your info.