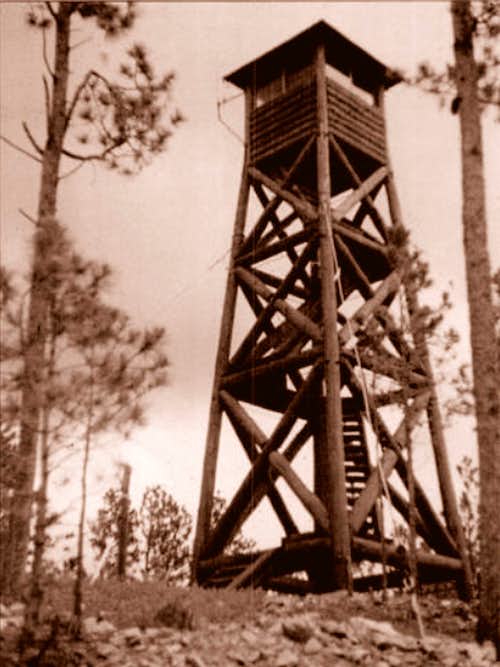 Once the site of a northern Black Hills fire lookout tower, Veterans Peak now serves the area as a site for radio communications. The summit is located about 6 miles southwest of Sturgis in Vanocker Canyon. Lists of John gives Veterans Peak 343 feet of prominence. There is a beautiful shady little road to the summit that runs generally in a northeasterly direction. This is a short, but fun hike that is popular not only with area hikers, but with geocachers as well. ATV’s are seen occasionally on the road during warm weather. So, while it is possible to have the whole mountain to yourself, it is not a sure thing. The view at the top is limited in some directions, due to tree growth encroaching on what was once a more open summit area. However, one can still see major peaks in the distance, including Harney Peak, Terry Peak, Custer Peak and a few others. 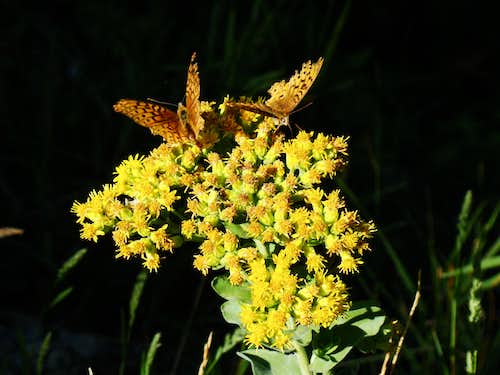 Butterflies at the summit of Veterans Peak

Vanocker Canyon is a local favorite for fall colors drives and for bikers from the Sturgis Motorcycle Rally every August. Normally there is little traffic on the Vanocker Canyon Road, so a trip to Veterans Peak in late September to mid-October can yield many great photo opportunities. The fire lookout tower that used to be at the summit was originally built in 1939 by the Civilian Conservation Corps. Its’ usefulness was cut short sometime in the 1950’s, when it was taken down. One of the radio towers now standing at the summit occupies the same space the old fire lookout tower occupied. Veterans Peak has not been hit as hard by pine beetles as other areas in the Black Hills. Ponderosa pine is the dominant variety of tree here, but there are some aspen in the area too. The forest is managed by the Northern Hills Ranger District in Spearfish. There is quite a bit of poison ivy on the mountain, so when hiking there please be watching for it. Deer are often seen on Veterans Peak. Elk are also seen here, but not nearly as often. Wildflowers are in abundance, along with a large population of bees and butterflies.

The shortest and best route to travel to Veterans Peak is by way of Vanocker Canyon Road. From Sturgis travel southwest 5.5 miles from Interstate 90, on Vanocker Canyon Road, to FSR139. As soon as you turn on to FSR139, there will be a branch in the road. The road on the left is FSR139.1C, which is your route to the summit. 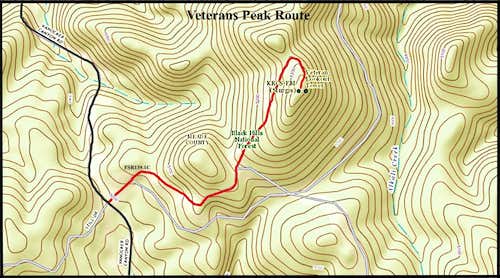 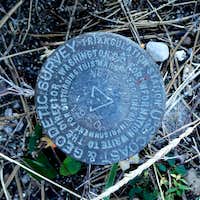 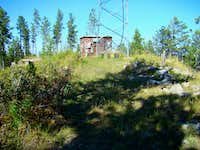 Veterans Peak highpoint is located behind the little building

There is no parking lot at the junction of FSR139 and Vanocker Canyon Road, so you will have to park off the road wherever your vehicle will not be hit if another vehicle comes by. FSR139.1C is the left branch in the road. The grade to the summit is fairly steady, and though rocky it is smooth enough all 4WD vehicles could easily make it up there. It is only about a .8-mile hike to the summit, with about 330 feet of rise. There is little traffic on this road, but there is no guarantee you will have the mountain to yourself. Service vehicles rarely travel to the radio towers at the summit, but ATV traffic in the summer happens almost daily. The highpoint (geodetic marker) at the summit is on the north side of the north radio tower.

There is no red tape to hike Veterans Peak. Campfires will be the greatest concern of most national forest service officials in the area. 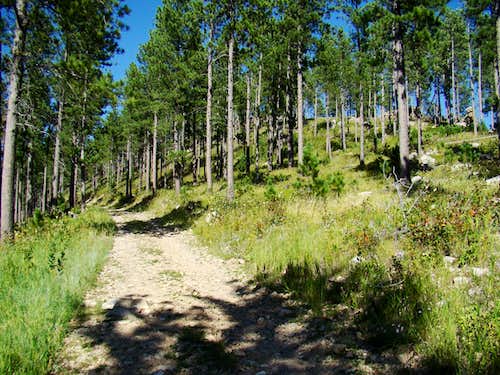 Like most other peaks on national forest service lands in the Black Hills, Veterans Peak can be accessed year-around. You may wish to postpone a hike during big-game hunting seasons. But if you do go, please wear plenty of orange. More information on South Dakota Hunting Season dates can be found at this link: South Dakota Hunting Season Dates Winter storms and summer lightning are also concerns in planning a hike. To access the latest forecast and conditions for the Veterans Peak area, click here: Veterans Peak – Sturgis Area Weather 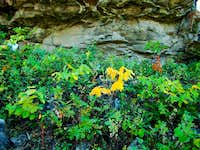 Back country camping is allowed, except where posted, by the National Forest Service. Be sure you know the Black Hills National Forest Camping Regulations, particularly about campfires. If you prefer to stay at a campground, there is an abundance of them in the area. The links below should provide some nearby options for you: