As of October 20, 2016 the gravel portion of the Mountain Loop Highway near Darrington is closed due to multiple washouts. Snohomish County crews will continue working with excavators tomorrow with the intention to open ASAP.

Where to Set the Boundaries?

Many people recognize the Mountain Loop Highway from Granite Falls to the city of Darrington which is where the road is officially labeled the "Mountain Loop Highway". But the highway by itself is not a full loop, but more of a curve. Other folks say the entire loop is from Arlington, to Darrington, to Granite Falls back to Arlington which completes the loop. From a geographic point of view this supports the full loop idea considering that the full loop follows the North and South fork of the Stillaguamish river. So it's up to you to decide, a debate on this can be seen on Nwhikers. For the sake of reducing confusion I've decided to have this page dedicated to the entire loop as seen in the map below. But the main focus will be on the peaks along the labeled part of the highway. 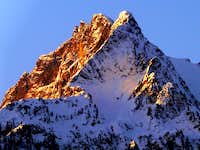 One of the first reasons for the development of the Mountain Loop Highway was the mining town named Monte Cristo. Monte Cristo was founded in 1889 and was completely abandoned, becoming a ghost town in 1907. The land was preserved and protected by Henry M. Jackson, the was governor of the state. Now there is a preserved area called the Henry M. Jackson Wilderness.

A full history of the creation and eventual demise of the Monte Cristo mining town, as well as the development of the railroad, can be found at the following link: 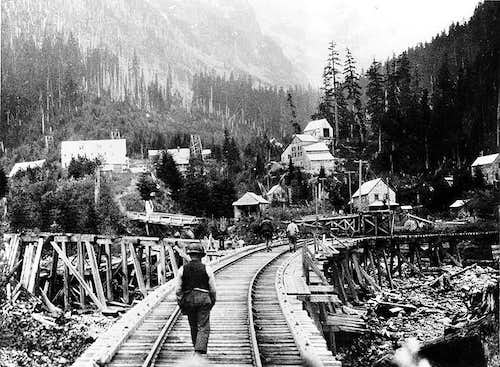 Monte Cristo back in the early 1900's

For up to date information on the Mountain Loop Highway be sure to contact the Darrington Ranger Station. 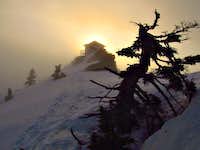 Mount Pilchuck Lookout
There are many places to camp along the Mountain Loop Highway whether you are dirt bagging it or want a nice paid for campground. Most of the "official" camp grounds are right off the road which include the Verlot Campground, the Bedal Campground, Turlo Campground, and Clear Creek Campground. Prices range from 14-16$ per night and are usually open from April until November.

Now for those of us who love a more alpine camping place there are plenty of nice places. I'll name off some good examples of places to camp: "Vesper Lake" , Gothic Basin, Mount Pilchuck Lookout, Lake Metam/Stujack Pass (Mount Pugh), Stillaguamish Ridge, and the Three Fingers Lookout.

We will not name all the wonderful spots here. Go find them yourself. Remember to go during summer or early fall, unless you feel like climbing up steep snow which is not recommended for beginner hikers. If you do not like mosquitoes I might recommend somewhere else, or bring bug spray.

Check in with the National Forest Website for more information on the current road and trail conditions.

For weather information, check in with the Noaa forecast.

Also be sure to check in with the Northwest Avalanche Forecast for an idea of how the snow conditions are. Keep in mind they close during the Spring months which often still has avalanche danger on some of these peaks.

When to Come Here

The Mountain Loop Highway is usually open May though mid October. The snow pack plays a big role with the opening of the highway. Some years they are open to Barlow Pass in February, others they are closed until June. Be sure to check on the road conditions before leaving. During the winter months the highway is closed from Silverton to a gate near Mount Pugh (towards Darrington). The gate on the southern side is about 3 miles from the Big Four trailhead, on the Northern side it's around 9 miles south of Darrington.

Views of the MLH 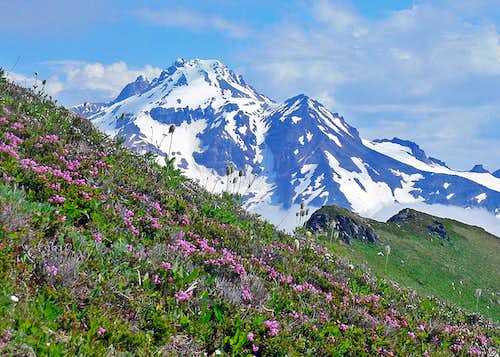