Gorges & Crags of the South-East

Between the middle course of the Maros River and the Aries/Aranyos, its tributary which rises in the heart of the Western Transylvanian Mountains, sits a mountainous land whose main features are limestone gorges and crags in the east and rich deposits of metals, including gold, toward the west.

In the west and north-west, the central massifs are surrounded by several groups of low mountains whose geological composition does not differ much from that of the higher ranges of the Western Transylvanian Mountains: mostly old crystalline rocks and several large areas of Mesozoic limestone; of the latter the Royal Forest stands out, looking like a lower version of the Padis Plateau.

Rock climbing in the Western Transylvanian Mountains is all about limestone. The major climbing areas are located in the South-East, especially in the gorges of the Trascau Mountains, of which the Turda Gorge (excellent SP page by mibu) is a mecca for the Transylvanian rock climbers. In the Ore Mountains, the gorge of Crăciuneşti/Krecsunesd lures most of the climbers. A new climbing topo website (under development) that shows many climbing venues and routes of the area (mostly from its western part) is: www.8climb.ro

To understand the man-made features of Transylvania's landscapes, especially the architecture of its towns and villages sitting at lower elevations, including the outskirts of the Western Transylvanian Mountains, one has to to bear in mind that for about a thousand years - from the 10th century A.D. up to the 1st World War - the country was multinational as well as being either the east part of the kingdom of Hungary or a principality ruled by Hungarian princes. But the people who built Transylvania's greatest towns were the "Saxon" settlers who came from the overpopulated lands which are today western Germany. While the Hungarians, Hungarian-speaking Szeklers and Saxons thrived in the lower lying areas and the towns, most of the mountains and rural areas were populated by Romanian people (then called Vlachs). They assimilated the remainders of the older settlers, such as Slavs. In ethnographic terms, the heart of Munţii Apuseni/Erdélyi-szigethegység is the homeland of a distinct group of highlanders known as the Moţi people. 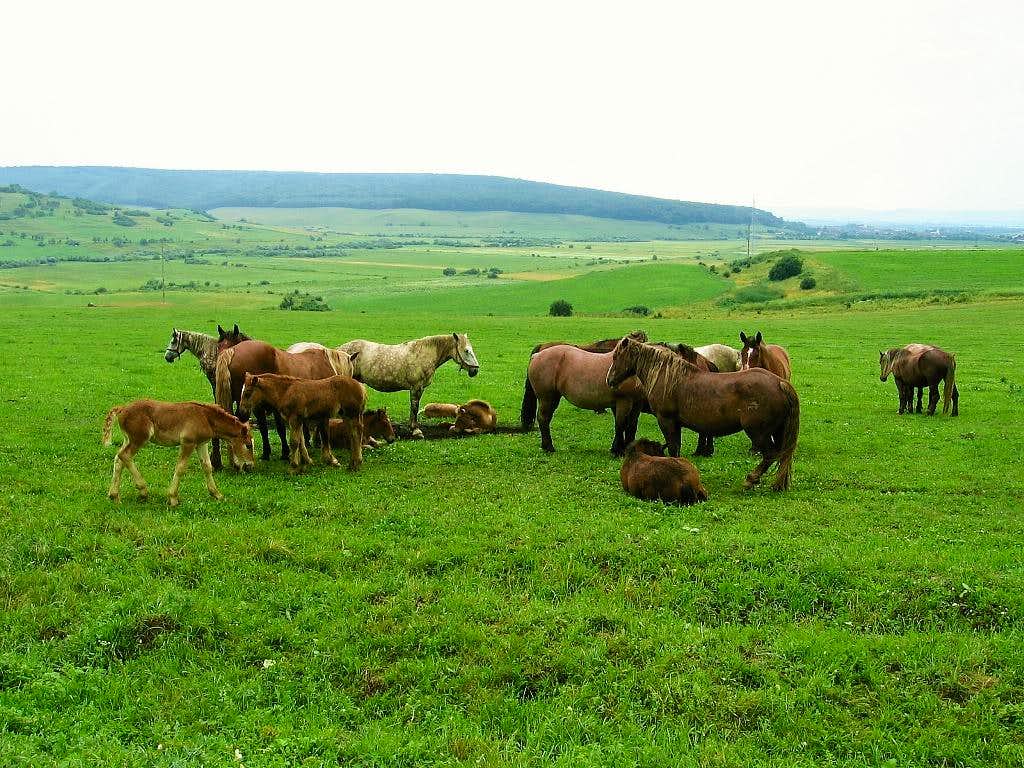 Nearest airports: By rail:
By road:

One of the most convenient ways of getting to as well as getting to know the heart of the Western Transylvanian Mountains - from the city of Cluj or the towns south of it, such as Turda - is a journey by car/bus/bike up the valley of the Aries River

There is virtually no red tape except for the area of the Apuseni Nature Park and the few other nature reserves. One's own tent and sleeping bag is the perfect solution. Also, there will be numerous cozy guesthouses like these as well as an occasional mountain hut in the most popular areas.