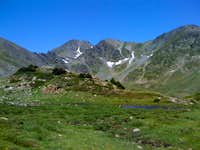 Pic Carlit is the highest mountain in the Pyrenees Orientals. Situated in the eastern part of the French Pyrenees approximately 12km from the border of Andorra. Pic Carlit is a good hike from either chalet refuge des Bouillouses approaching from the southeast or Porte Puymorens approaching from the west. The area enjoys brilliant sunshine for most of the year, so pack plenty of sun cream. The lakes of Carlit are arguably one of the most beautiful areas in the whole of the Pyrenees. 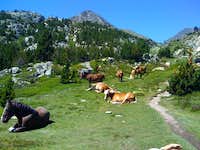 Font Romeu
Font Romeu can be accessed from Perpignan and then a train to Villefranche, where you will change to a smaller sight-seeing train that can take you directly to Font Romeu or from Toulouse and catch a train to La Tour Da Carol, and then the sight-seeing train to Font Romeu. Alternate to a train, the N116 road leads to Font Romeu from Villefranche. It is possible to hike Pic Carlit from Font Romeu, but it is approximately a 15km hike each way. To make the hike more pleasurable, a stop overnight at the Chalet Refuge de Bouillouses can be taken which lies 8km from Pic Carlit. The hike to Carlit from chalet refuge des Bouillouses, goes through the lakes of Carlit, one of the most picturesque parts of the Pyrenees. 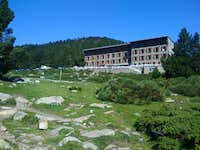 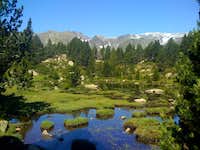 Porte Puymorens
Porte Puymorens can be visited from Toulouse by catching a train to La Tour Da Carol and then a short journey via either train or coach to Porte Puymorens. The hike from Porte Puymorens approaches Carlit from the west and takes in part of the GR7 route to Estany de Lanos before heading southwest to the summit of Pic Carlit. This hike is approximately 10km each way. 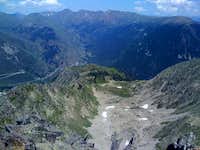 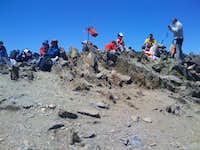 The summit of Pic Carlit is split into 2 sections and the routes from either direction lead to the intersection of the 2 summits. To the North is the slightly lower summit marked with an iron cross. To the South lies the main summit marked with another cross, this time adorned with a red tin. 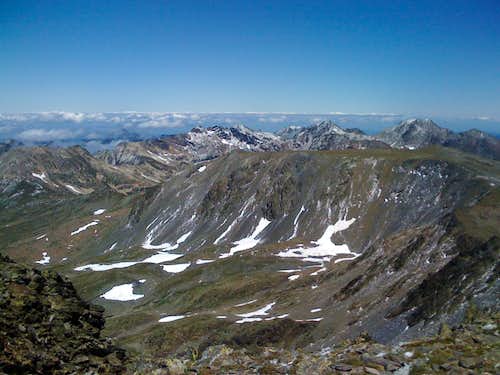 The views from the summit are breathtaking as Carlit towers above neighboring peaks and affords excellent views across its many lakes. 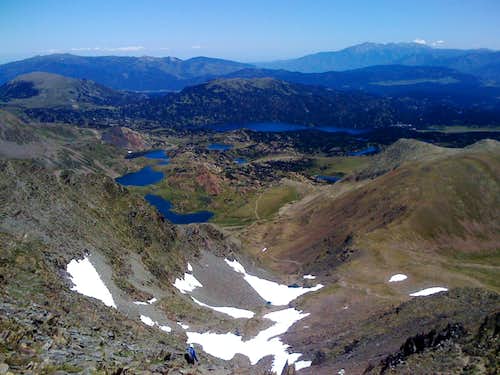 Lakes of Carlit as seen from the summit.

Hi ! Perhaps you could attach to it pictures from others about Pic Carlit. User Andy_Hornung has for example a lot of photos of this mountain. Great page otherwise, but perhaps I already told it ! :)