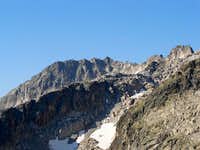 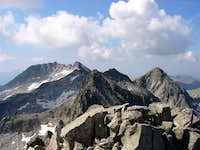 When I written the page of peaks of Besiberri some years ago, I didn’t consider this mountain as relevant to summitpost, but the classification of the summit as one of the most important of the massif of Pyrenees and the Iberian Peninsula and the long route to connect the ascension of both small ranges Besiberris-Comaloforno made me to reconsider it. I think it's necessary to add this peak because the routes have some rock-climbs of II or II+. The peak is difficult for all the routes, and you can climb the nice Besiberri Sud (3.024m) if you don't like the rock-climbings. 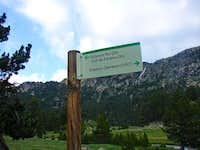 Access to the area of Alta Ribagorça
-From France: in the north across the tunnel of Vielha from the area of Pau-Tarbes to St. Girons.
-From Spain: Huesca and Zaragoza across Barbastro. C-1311 to Grauss and Benabarre. N-230 to Pont de Suert and the villages of Caldes de Boí, Boí or Taüll.

Campings and hotels in Boí, Taüll, Caldes de Boí… in winter the ski resort of Boí-Taüll is working and it's most difficult to find lodge.