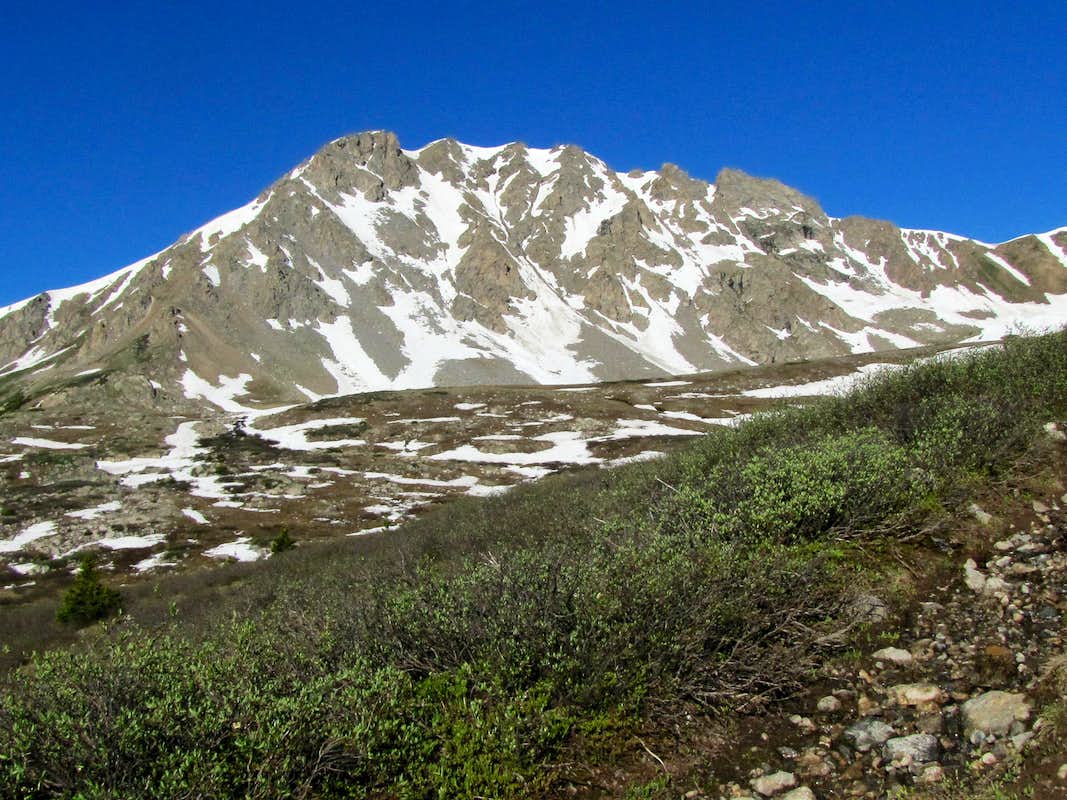 
Note about name: This peak has no official name. Mountain climbers have referred to it by the strange name “Booby Prize”.
Rank: Booby Prize is Colorado’s 382nd highest ranked peak.


Booby Prize sits in the Sawatch Mountains of central Colorado on the continental divide a few miles to the south of Route 82. The eastern slopes of Booby Prize rise steeply above the South Fork of Lake Creek Valley. In contrast, its southern slopes are gentle. The southern and the western slopes go down into the broad valley of Taylor Creek River. A rough dirt road starts on Route 82 and takes you up the South Fork of Lake Creek Valley. From the end of the road, you can follow a trail to reach the eastern slopes of Booby Prize where you will leave trail and find your own way to the summit.

From Independence Pass on Route 82, drive 9.3 miles east (or 14.5 miles west from junction of Routes 82 and 24) to the “South Fork of Lake Creek Road” (FR 391) (the parking area for La Plata Peak Trail is in the same area). This is a dirt road that is rough with many pot holes but is technically a 2WD road (I drove an SUV and did not need to use 4WD but I would not bring a passenger car here).

Turn south onto the South Fork of Lake Creek Road. At 2.8 miles go straight (right). At 3.3 miles you will reach the junction of Mc Nasser Gulch Road (FR 394). Continue left until after 4.6 miles from Route 82 you reach the junction with Peekaboo Gulch Road on the right (FR 393). Continue left on FR 391. After a cabin, you will reach an area where you will have to cross a stream (no bridge). I chose to park here although the road continued another 1.3 miles.

This description starts at the junction of Peekaboo Gulch (FR 393) and South Fork of Lake Creek (FR 391) Roads. Slopes of Red Mountain are visible. 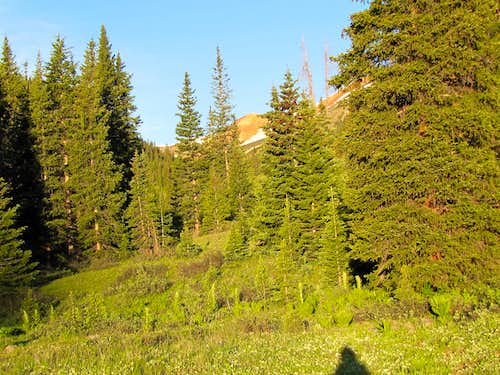 Hike up the road to the end of it where a trail continues up the South Fork of Lake Creek Valley. Peak 12934 ft and Peak 12750 ft can be seen to the left. 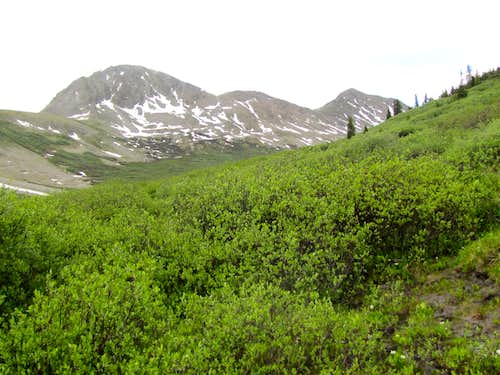 As you continue up the valley, Booby Prize will come to view. 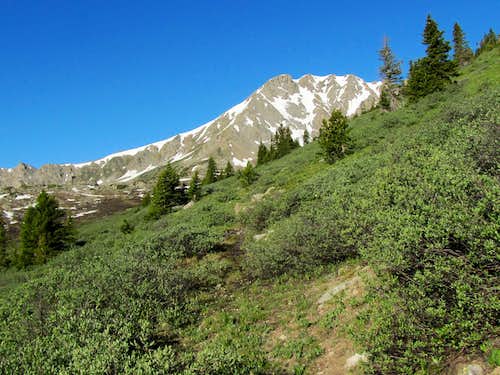 At around 12200 ft, you will reach a fairly flat area at the base of the steep eastern slopes of Booby Prize. The trail fades away.

I continued south beyond the saddle between Booby Prize and Peak 12750 ft. A couple of nameless lakes were below me. 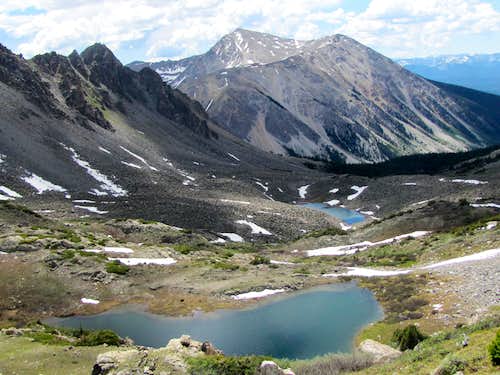 A beaten path/trail appeared. It seemed to go to a place where it could give me access to the gentle southern slopes of Booby Prize but I could see that the end of the trail was blocked by snow cornices. 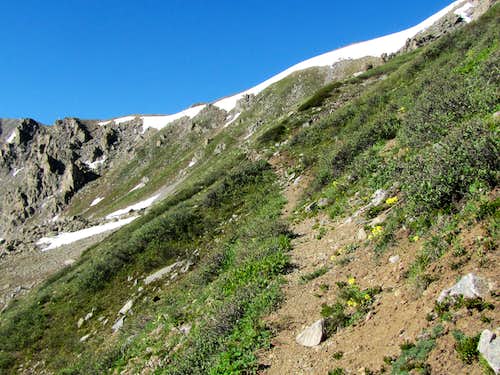 I ended up leaving trail going up the steep eastern slopes of Booby Prize. Climbing was no worse than Class III maximum but the snow fields made it a little more difficult.

Views from the summit of Booby Prize. 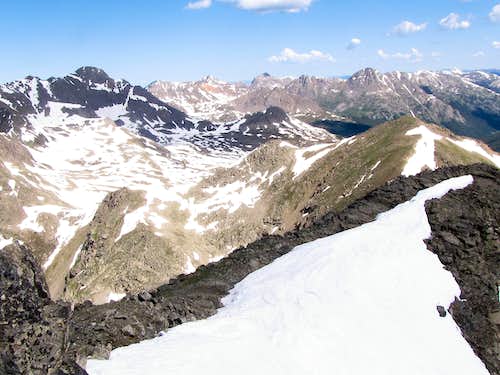