Note About Elevation: The USGS Map gives this peak an elevation of 13447 ft. The list of Colorado 13ers, however, gives it an elevation of 13463 ft. The reason for this discrepancy is not known to me. If you have any information about this, please let me know (see discussion under "Comments" on the left side of this page or here). 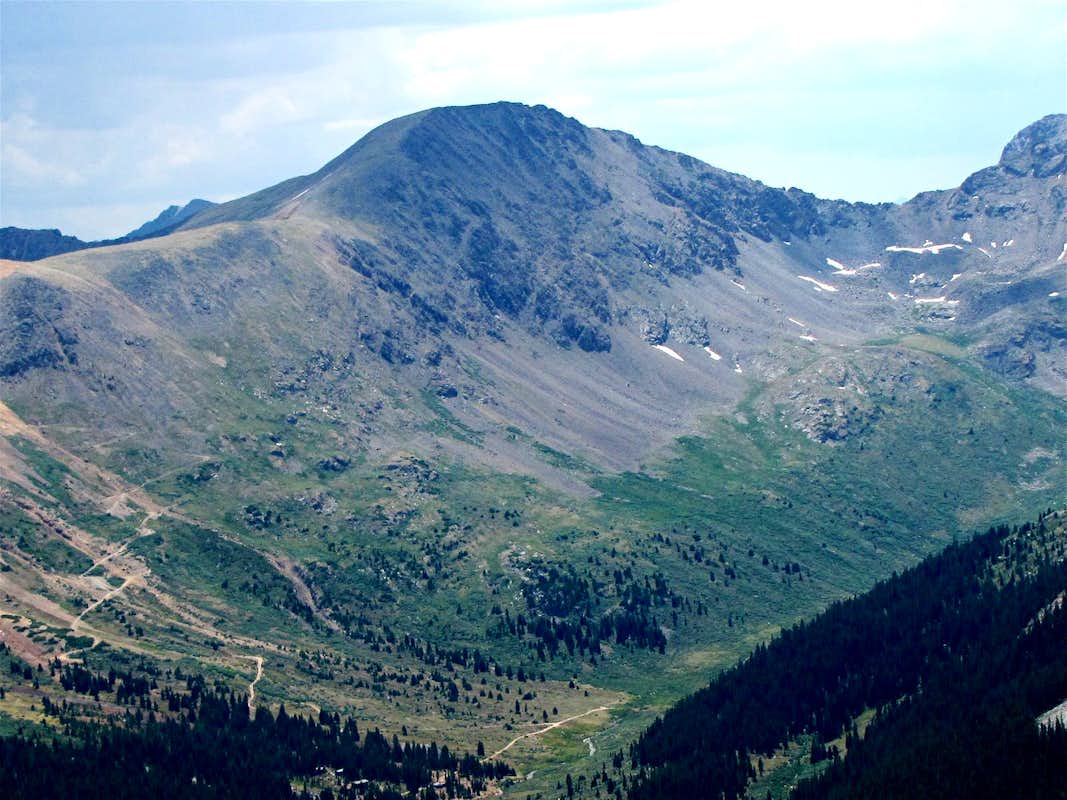 To the northeast, Peak 13447 ft is connected to Middle Mountain (13100 ft) and to the southwest it connects to Prize Benchmark (Unnamed Peak 13384 ft)

Reaching the base of Peak 13447 ft requires much four wheel driving. The western slopes can be reached via Lincoln Creek Valley and the eastern/northeastern slopes via South Fork of Lake Creek Valley/ Peekaboo Gulch. 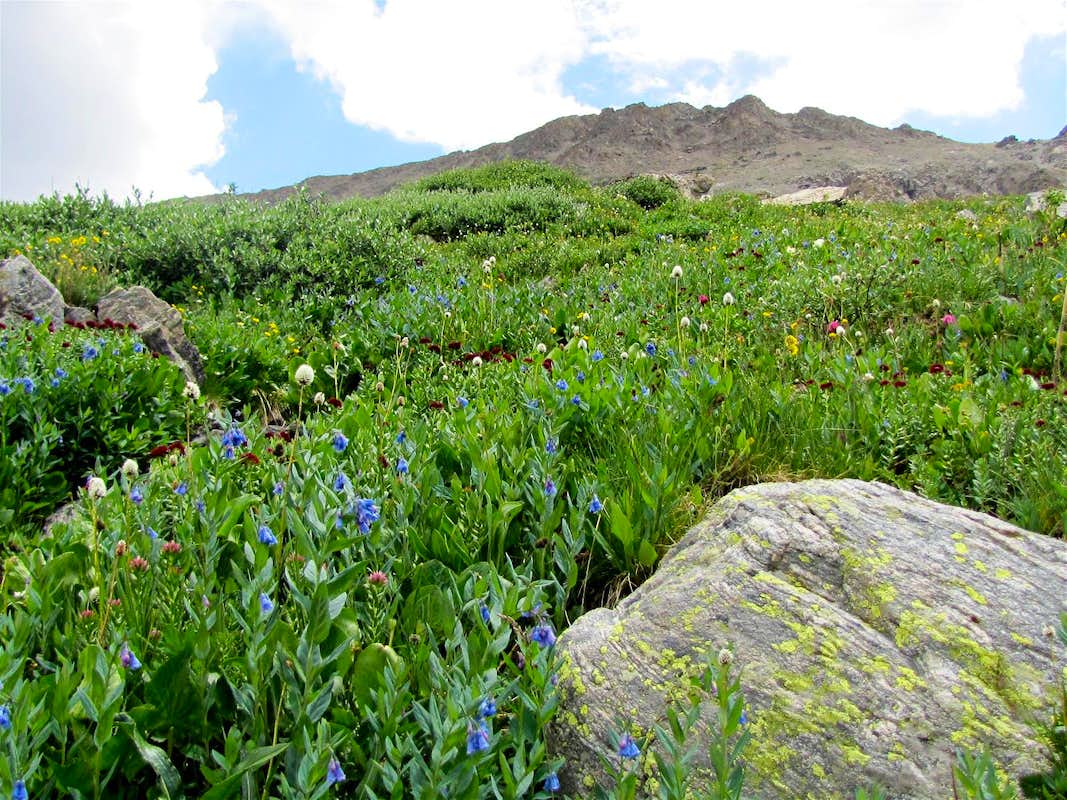 Directions to the ghost town of Ruby in Lincoln Creek Valley:

From the town of Aspen, drive roughly 10 miles east on Route 82 until you see the sign for the Lincoln Gulch Road (Forest Road 106) on the right (south) side of the road.

Lincoln Creek Road is a pot hole ridden dirt road. High clearance and four wheel drive are recommended especially for the last 5.5 miles of the road. 12900 ft saddle
Just before the very end of Lincoln Creek Road, we saw an abandoned Jeep Road to the east that went up toward the red colored saddle. We followed this road until it dead ended at around 12000 ft. We then went up a tedious sandy/scree covered red slope to reach the 12900 ft saddle. From there, we turned south and followed easy ridgetop to the summit of Peak 13447 ft.

For the descent, we continued the ridgetop south of the summit of Peak 13447 ft. Near Point 13090 ft., the ridgetop became rocky and somewhat difficult. We veered east and went down the slopes a short distance into the South Fork of Lake Creek Valley and then came back up to the ridgetop before descending into Lincoln Creek Valley. No fees or permits needed for day hikes.
For other regulations, see the website for White River National Forest.

Click to see the forecast for the nearby town of Aspen.