The Sawatch Range is referred to as the backbone of the continent. It runs 100 miles south from I-70 to Cochetopa Pass. Only three paved roads cross the range: CO 82, US 50 and CO 114. The Sawatch Range is usually divided into three regions: northern, central and southern. The Northern Sawatch is the smallest and receives the greatest amount of snowfall. The Sawatch Range is home to 129 peaks above thirteen thousand feet. 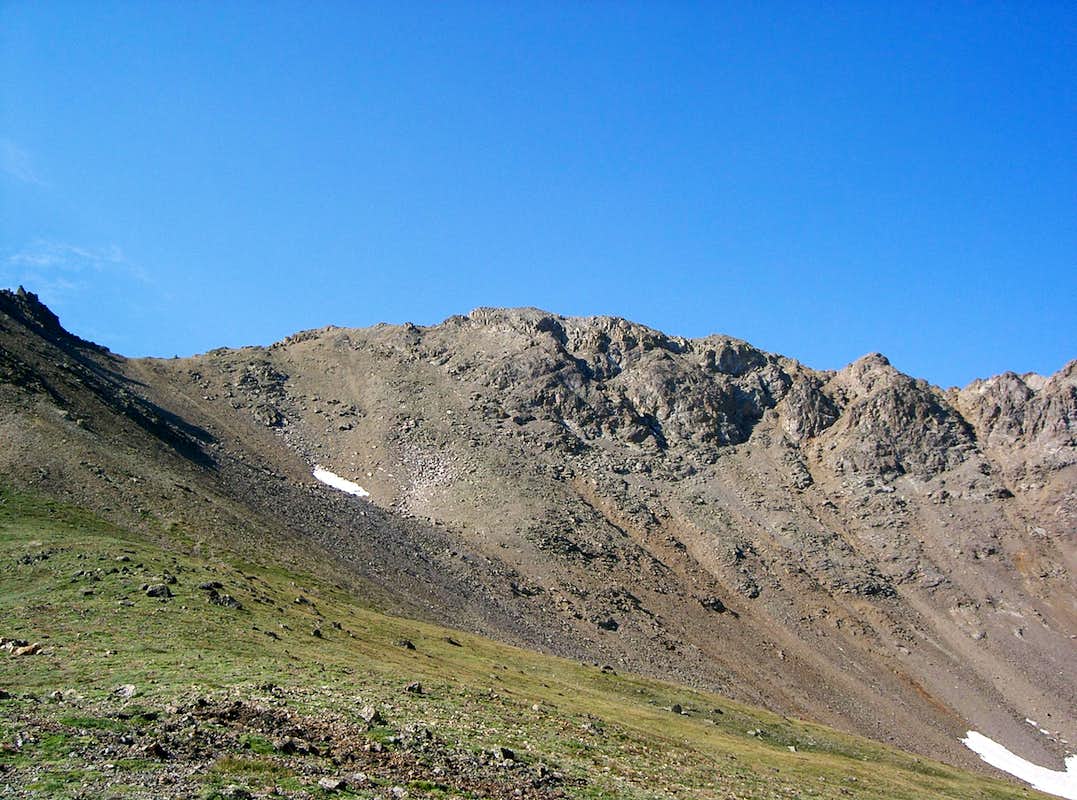 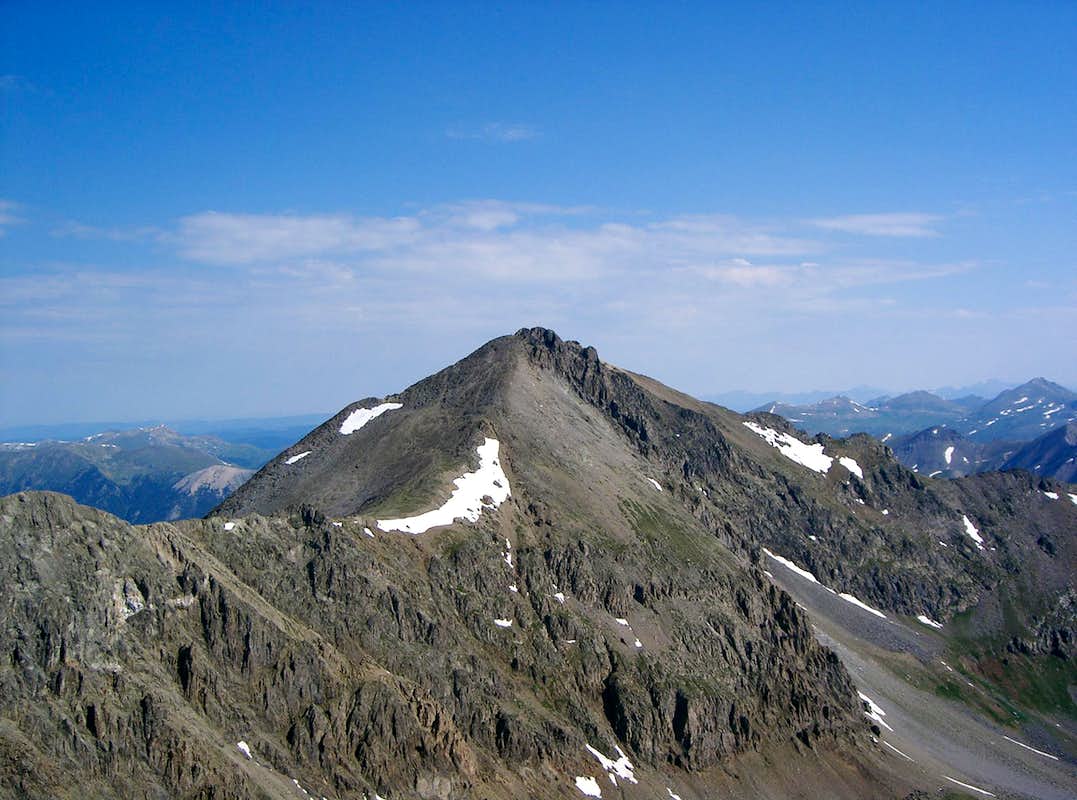 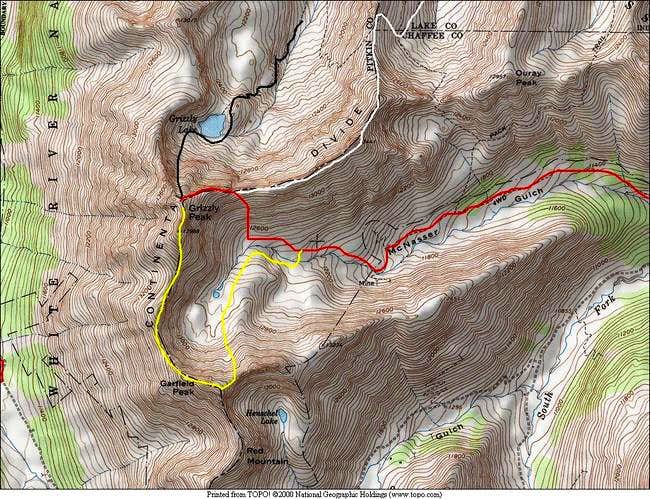 Garfield Peak’s East Ridge and Traverse to Grizzly Peak shown in yellow. Map: Kane
The easiest way to climb Garfield from McNasser Gulch is by its east ridge. The route page also describes the traverse from Garfield Peak to Grizzly Peak. This traverse has been described in the literature both from south to north (1) and north to south (2).

Garfield Peak is in the San Isabel National Forest.

Camp at the trailhead.