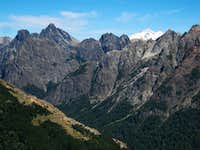 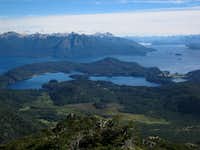 Right above Colonia Suiza, a small popular tourist center near Bariloche, lies Cerro Goye.  The hike is not as well known as some of the popular mountain huts in the area, but the views are just as spectacular.  The peak itself barely has an alpine zone, but it provides excellent views of many of the surroundings peaks, including Cerro Lopez, Cerro Negro, Cerro Catedral, and Cerro Tronador.  Also, because of it's proximity to Colonia Suiza and Bariloche itself, Cerro Goye offers clear views of Lago Nahuel Huapi, Lago Moreno, Isla Victoria, and Peninsula Llao Llao. 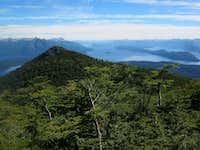 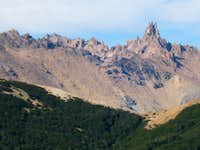 The hike itself is quite easy, but the trail has been abandoned long enough that it is quite difficult to follow in places.  At times, the climb will require scrambling up small, nearly vertical cliffs, but nothing particularly challenging.  Most people will choose to climb Cerro Goye from Colonia Suiza, a hike that should take perhaps two and a half hours up and one and a half hours down.  There is also the recommended option of continuing on to Cerro Bella Vista and descending via the Pikada Jacob trail head, which will roughly double the total time commitment. 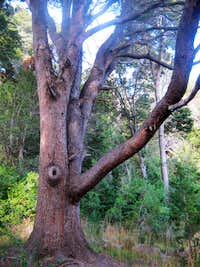 From Bariloche, several buses leave daily for Colonia Suiza.  The trip takes nearly an hour.  It's best to check on the 3 de Mayo website for updated schedules.  Colectivo 10 runs year-round.  During the summer tourist season, Colectivo 11 provides additional service.  When you arrive in Colonia Suiza, walk through town, heading towards Lago Moreno, past the shops and to a main intersection near the end of town.  Turn right, walk uphill for 100m, and turn right again.  Continue 100m to a pullout and shrine to the Virgin and then another 100m to where an unused 4x4 road climbs steeply uphill to your left.  Hike up the road for 10 minutes until it ends at a flat spot with a somewhat obstructed scenic viewpoint.  From here, a faint overgrown trail leads off to the right and the climb begins in earnest. 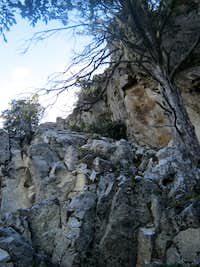 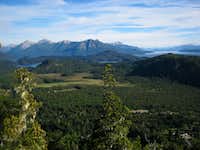 From the informal trail head at the landing described above, take the upper path and follow the overgrown trail for about ten minutes until it starts to traverse around some rocky cliffs.  In theory, the trail continues to traverse up and around to the right, but the path is mostly abandoned and in disuse.  I prefer to look for a path up through the cliffs to the first of many flat, sandy lookouts. 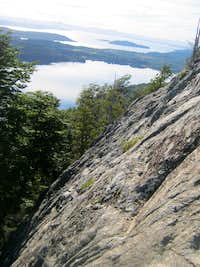 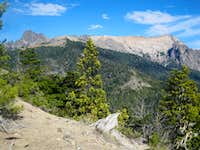 From here, keep heading uphill, at times through the woods, at times up or around steep cliffs, until the path ultimately opens up and becomes more obvious upon reaching a well-defined ridge.  There are many cliffs in this lower part.  Most of them are fun and easy to climb up.  However, if you prefer, you can usually avoid them by traversing off to your right. 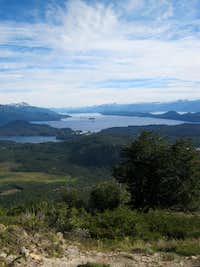 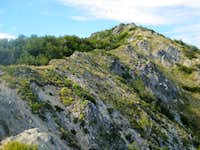 Once you reach the ridge, you are again treated with some excellent views, and some small cairns reunite you with the old abandoned trail.  Keep climbing up the ridge, mostly through scree and around small patches of brush, up and over several false summits, until the secondary summit of Cerro Goye.  Most people probably just stop here, roughly two hours from Colonia Suiza. 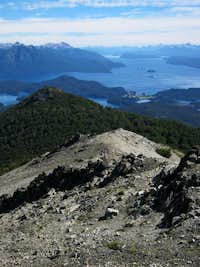 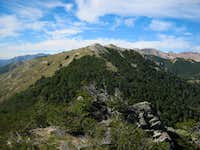 However, to reach the real summit, look for a faint but useful path cut through the brush on the southeast side of the summit.  Descend perhaps 100m on the path through the brush, then through nice woods to a saddle between the two peaks of Cerro Goye.  Climb 150m up through the woods on the other side, ever so briefly through the brush, and finally up stable scree slopes to the true summit, 30 minutes past the first summit. 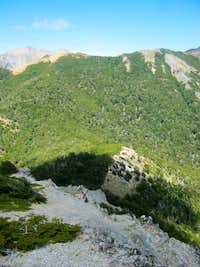 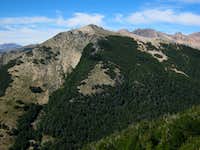 The summer season in northern Patagonia runs from mid-December to mid-March.  The weather is likely to be nicest in the area during that time.  Because of it's relatively low elevation, conditions should be pretty mild on Cerro Goye between November and May.  Due to it's proximity to Colonia Suiza, winter ascents shouldn't be much of a problem, but be prepared for snow. 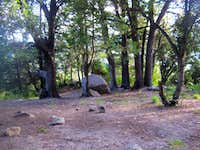 The peak can easily be climbed in a day and there are no recommended campsites on the mountain itself.  The most logical camping options are at one of the developed fee campgrounds in Colonia Suiza: Camping Goye or Camping SER.  Alternatively, spend the night at one of the hotels, hostels, cabins, or campgrounds in and around Bariloche.  If you really want to camp on Cerro Goye, the saddle between the two peaks would be a nice spot to spend the night, but there is no water.  One could also overnight at the trail head at the end of the 4 x 4 road above Colonia Suiza, but again, there is no water and I wouldn't leave anything there during the day.