Osorno is one of the most active volcanoes of the southern Chilean Andes, with 11 historical eruptions recorded between 1575 and 1869. The basalt and andesite lava flow generated during these eruptions reached both Llanquihue and Todos Los Santos Lakes. The upper slopes of the volcano are almost entirely covered in glaciers despite its very modest altitude and latitude, sustained by the substantial snowfall in the very moist maritime climate of the region.  Osorno sits on top of a 250,000-year-old eroded stratovolcano, La Picada, with a 6-km-wide caldera.

Osorno Volcano is a 2.652 m tall conical stratovolcano lying between Osorno Province and Llanquihue Province, in Los Lagos Region of Chile. It stands on the southeastern shore of Llanquihue Lake and also towers over Todos Los Santos Lake. Osorno is known worldwide as a symbol of the local landscape and is noted for its similar appearance to Mount Fuji.

Charles Darwin glimpsed Volcán Osorno from a distance in the course of the second voyage of the Beagle, catching sight of its eruption in January 1835. Volcán Osorno was used as the backdrop for promotional photos and video in Motorola's 2005 global advertising campaign for the PEBL mobile phone.

The volcano was first discovered by Charles Darwin. At that time, Osorno was inactivity. Now, it's dormant.

Arriving in Santiago, You have to take bus to Puerto Varas. It takes a whole day on a bus trip.
In Puerto Varas, find an agency to contract transport and guiding services to get the climb going on, starting at Burbujas refugee, which can be reached by car.
It is 50 Kms of good road to Ensenada, and after that another 16 Kms of dirt road going up the hill to its base.

A Permit is required to climb Osorno, and you can get it with local agencies which by the way can take you all the way up to the summit. The route is a little bit long, around 5 hours up and another 3 down, and the price is fair enough. 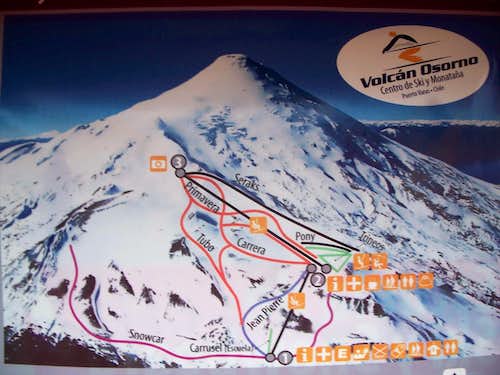 From December to March.
The route is not dificult, only a walk up to the summit with ice in 30º degrees steep slopes. Crampons, ice axes and Plastic boots are required because of the risk of frostbites, after all, this is Patagonia, it is cold year round.

At Las Burbujas refugee.
No fees to camp. 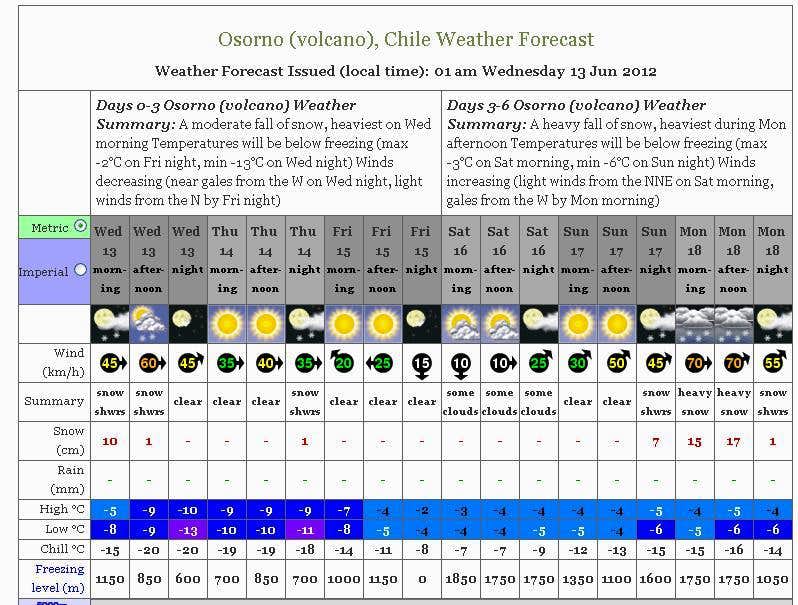