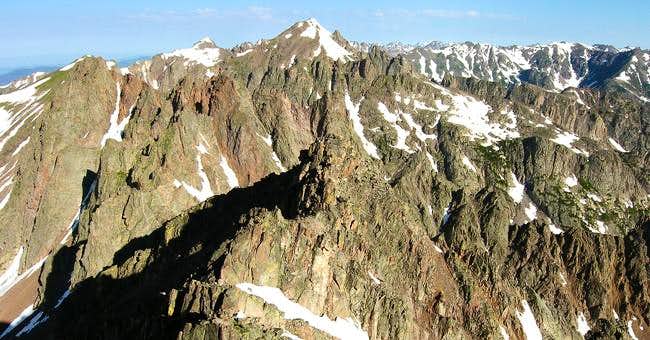 Colorado's Gore Range
”In my opinion, the two most rugged mountain ranges in Colorado are the Gore Range northwest of Dillon Reservoir and the Needles Range in the remote San Juan Mountains.” -John Fielder-famous Colorado Landscape photographer. 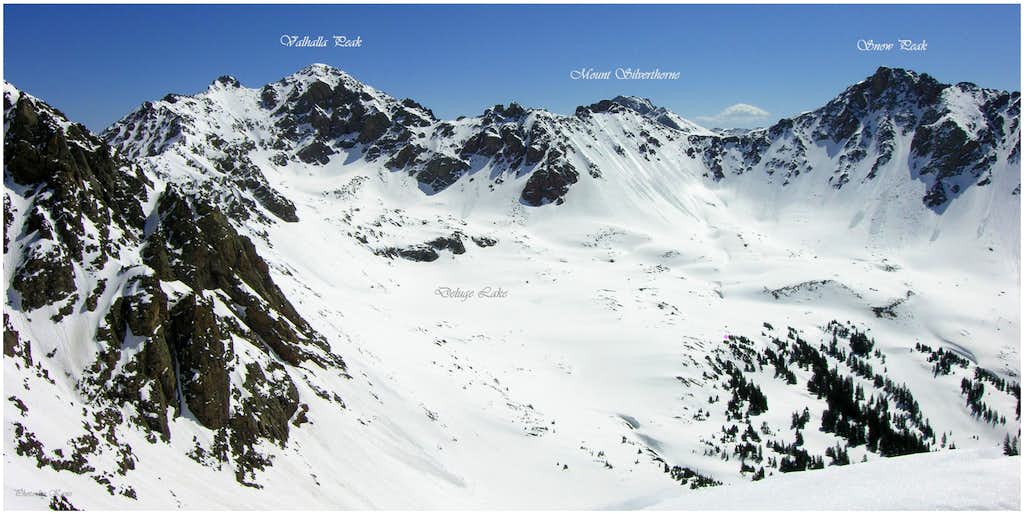 Mount Valhalla (13,180-ft) is the centerpiece of the beautiful Deluge Lake Basin. Flanked by the shapely Grand Traverse Peak (13,041-ft) and the elegant Snow Peak (13,024-ft,) Mount Valhalla stands guard overlooking its pretty neighbors with complexity and ruggedness. In the middle of all of this mountainous symmetry rests the picturesque Deluge Lake, resting comfortably under the huge southwest face of Mount Valhalla.

Mount Valhalla has a rough south, east, and northeast ridges. These typically beautiful Gore-like ridges belong to the Deluge Lake Basin, North Rock Creek Basin and the South Rock Creek Basin. The Deluge Lake Basin approach requires 3,000-ft of elevation gain in 3.54 miles, it is steep. The Rock Creek approaches fall under the “long, tedious, bushwhacking, type” approach that the east side of the Gore Range is known for. In fact, only a two-hour drive from Denver, the Rock Creek Drainages are as remote a place as you can find in Colorado!

In typical Gore, peak-bagging fashion, the high altitude Deluge Lake (11,700-ft) is a perfect place to camp and summit the three 13ers in the immediate area. Mount Valhalla is only 1,350-ft of vertical gain from the lake. The North Slopes Route consists of very steep grassy benches with plenty of loose rock balancing above; the perfect combination for flying rock missiles. Yes, you have heard those rocks go zipping by before, building up speed on those steep grassy slopes; please wear a helmet! Not really sure how much a helmet would actually protect your noggin on this dangerous slope but I’m sure something is better than nothing. Once on the northwest ridge the route to the summit is fun class 3 with some minor exposure. 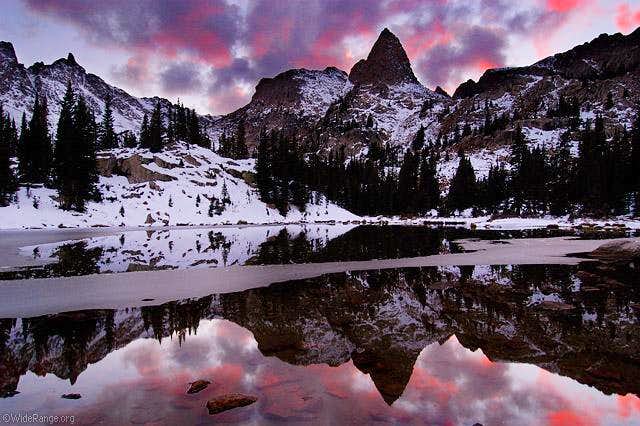 Photo by Jack B -Mount Valhalla 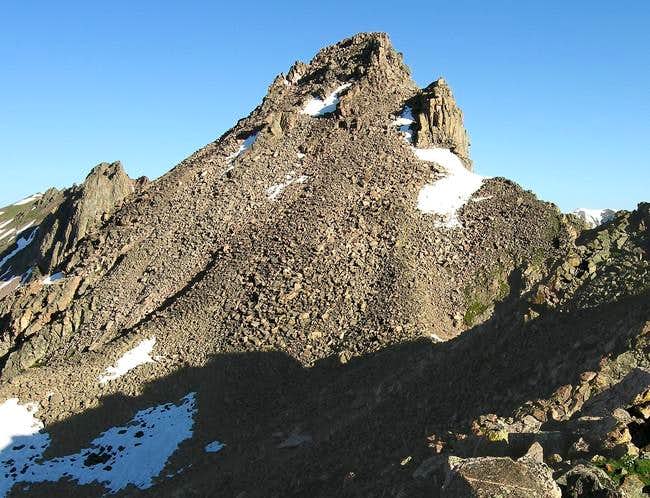 Hail Peak topo
The officially ranked UN12,904 or “Hail Peak” resides about a half mile west of the Mount Silverthorne massif in the southern Gores. It is the highpoint of a long, and extremely rugged ridge that runs west to Mount Valhalla. The cone-shaped “Hail Peak” views well from other peaks that reside south, peaks like Demming Mountain, Red Peak.and Uneva Peak.

Unfortunately, many of the climbs in southern Gores consist of a lot loose and fractured rock, leading to more talus climbs than normal. “Hail Peak’s” standard Southeast Face Route certainly falls into the climbing category-dangerously loose, and tedious talus. Below the fine summit of “Hail Peak” the upper face consists of teetering car sized boulders, ready to move with just the weight of your hand. The last 300-ft requires your undivided attention to the details of scrambling in this loose environment.

“Hail Peak” easily redeems itself with its great approach (via the Gore Lake Trail) and excellent summit views. Also, “Hail Peak” can easily be combined with another nice unranked peak called Point 12,605 or “Zodiac View.” Named obviously for its unabated view of “Zodiac Ridge,” which connects the Silverthorne massif with beautiful Red Peak.

From Vail Pass, descend down to the city of Vail, Colorado and take exit 180, your first Vail exit on the right. Turn left and go under I-70 and take an immediate left (southeast) onto a feeder road. Take this road past numerous condominiums 2.10 mile southeast where it will bend to the north and go back under I-70. From here it is only .19 mile to the Deluge Lake Trailhead; there is plenty of parking. This is also the Gore Creek Trailhead, another great trail that provides access to many scintillating hikes and climbs

Expect snow up in the Deluge Basin until early June. I wouldn't recommend the southwest slope for a snow or winter ascent. The slope has very poor run-out, often cliffed out. Plus there is too much loose rock balancing above that really doesn't need the melting snow around to help set it in motion towards your head.