The Aletschhorn is a beautiful 4.000m peak located directly in the center of the Berner Oberlands, on the border with the Walliser alplen. It is pyramid shaped and it has enormous flanks on every sides. The most prominents are the south side, with 1.700 meters of rocks and ice above the "Oberaletschgletscher", and the north complitely covered of ice, very steep and high more or less 1.200 meters, part of the "Grosser Aletschfirn". It can be considered a "north wall". Very interesting is also the east side, that hosts the "Mittelaletschgletscher" and the omonimous bivouac. Characteristic of this massif is, the "Himalayan" dimensions and shapes. Different than other important mountains. The glacier basins very flat and long and the very long approaches remind (in small) the Karakorum valleys. Huts and bivouacs are placed far and very isolated from the summit and villages.

Here are some facts about it: 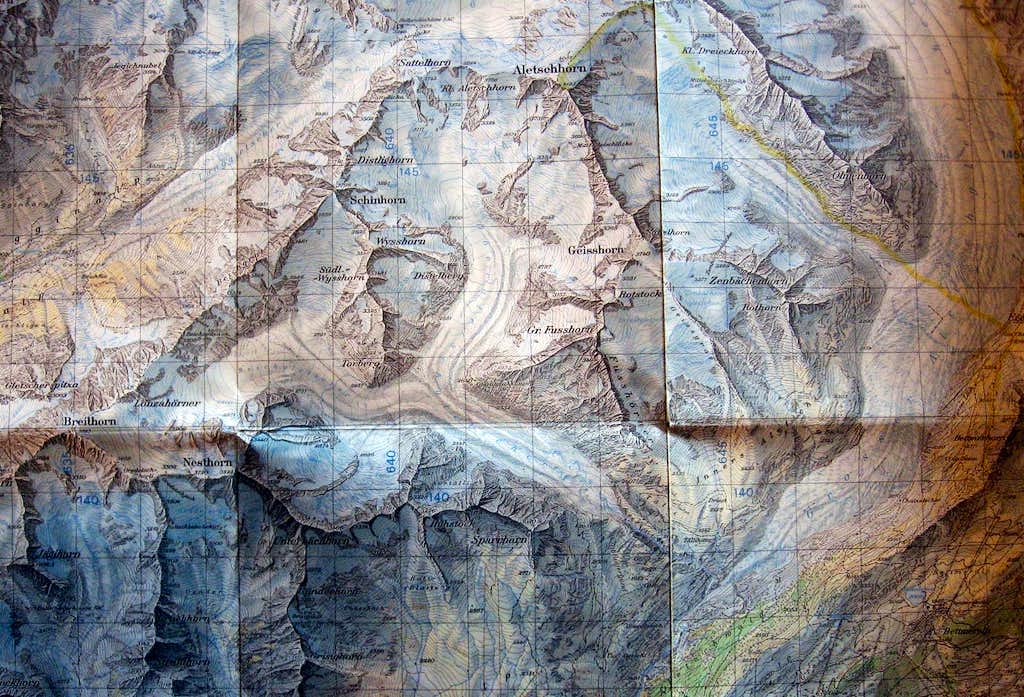 The map of Oberland

Huts   99% of the mountaineers in this area spend the night in one of the many  huts that are very conveniently located. For example: Camping  is usually not the way to go here. You can certainly do it, and nobody will  get into trouble, if you pitch your tent anywhere on the glacier at dusk and  pack it away by dawn, even in the more crowded areas. In the more remote  areas, you could probably also leave it for one day.

Here are some photos from the longest glacier in the Alps.