Howard Peak is located in the Pioneer Mountains of central Idaho and is by all means, an inspirational peak. 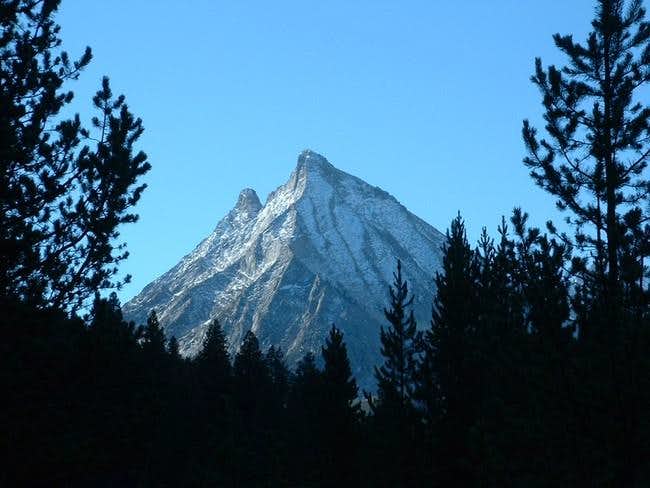 Mustang Peak is quite impressive, though relatively unheard of, and well deserving of receiving some recognition. The mountain is a series of small peaks, all above 10,800' along a ridgeline that deviates impressively from the main crust of the Pioneers. The highest elevation is found on the the second northern most point along the ridgeline standing at more than 11,000'.

Mustang Peak forms an incredible backdrop to Wildhorse Canyon with its large, bright white north face that rises dramatically from the valley below. Its location in the center of a large loop the main Pioneer Crest creates, makes for views from the summit that incomparable to any other peak.

Mustang Peak is rarely climbed for many reasons. It is not officially named and just barely meets the 300' of prominence rule to be considered a bona fide mountain. There is no rock cairn at the summit, let alone summit register, and at minimum requires difficult class 3 climb to reach the summit.

The unofficial name Mustang Peak comes from an unknown motivation by Ketchum locals. The secondary title, Howard Peak, is named for Mike Howard of south central Idaho, a very accomplished climber in the state.