Kent Peak is the second highest peak in the aptly named Boulder Mountains of central Idaho. 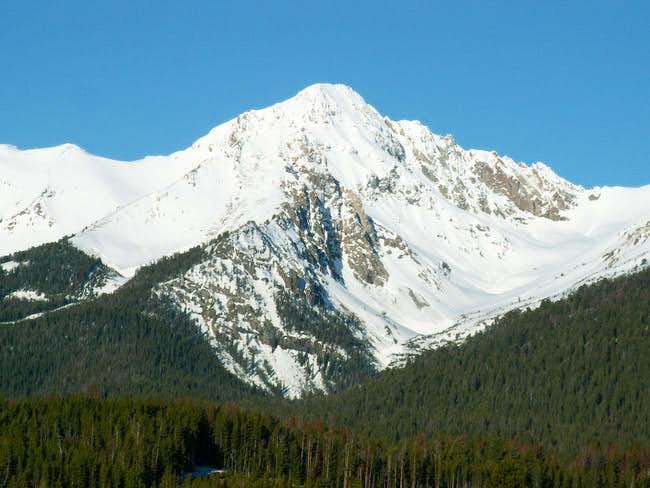 Kent peak is a beautiful rock peak located in the Boulders just to the north of Sun Valley/Ketchum. Kent is often mistaken by many when approaching as being the Boulder Mountain's high point, Ryan Peak, for its distinction as a rugged mountain with impressive south bowl exceeds Ryan Peak's somewhat dull appearance in beauty.

It would be seldom to encounter another hiker on Kent, as it is usually bypassed by those looking to bag the highest peak in the Boulders, Ryan.

Kent Peak is an extremely rugged mountain by all accounts, the primary route that leads to the summit, involves a lengthy approach as well as sustained class 3 climbing up its notorious South Ridge. Kent's thin, noodly summit, is distinct from any other mountain in the area. Standing on the summit will rattle the nerves as the impressive north face drops over 1500 feet immediately to the valley below which possesses a permanent snow field and bergschrund. Kent's massive south bowl 1,300' in less than four tenths of a mile, surely making a fall of the summit deadly in either direction.

Kent Peak is named for Kent Easton Lake, a 1950s mountaineering enthusiast who died in the 50s from diabetes. Although not as prominent as another of the Boulder giants, Glassford Peak, this mountain won't be overlooked by those with wondering eyes in the Sun Valley area, as Kent looms highly visible on the horizon around the area.