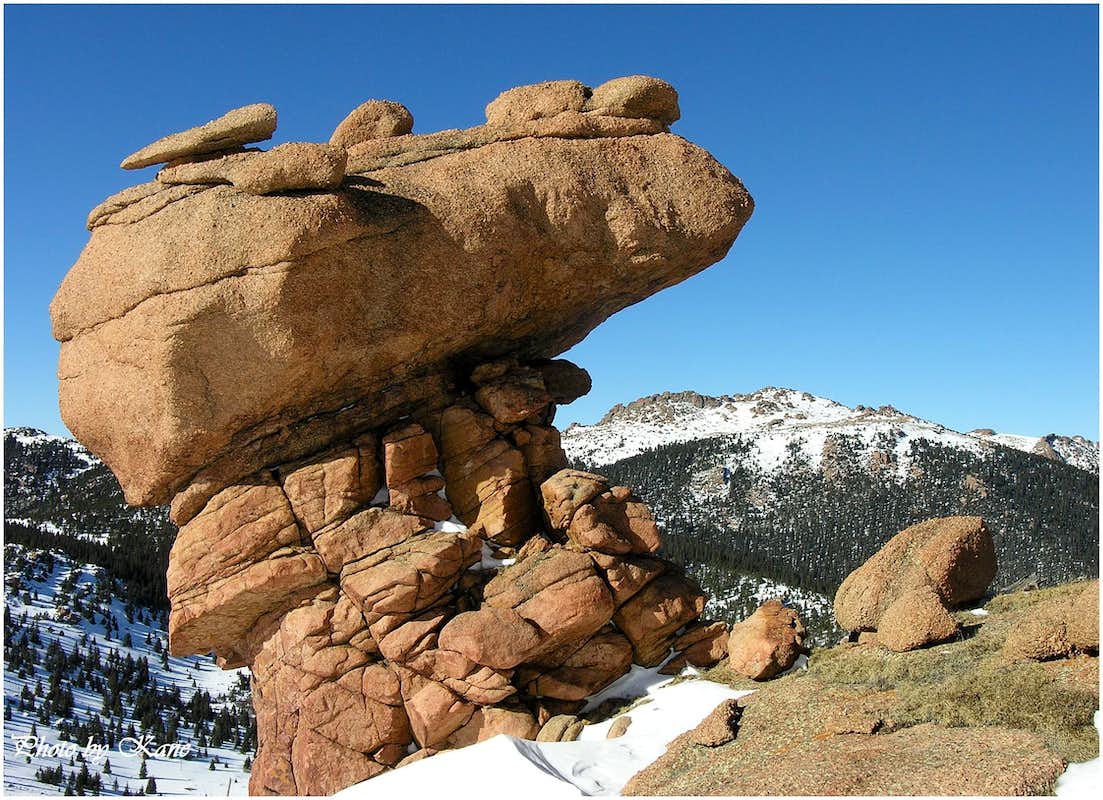 Anchoring the Tarryall Mountains to the north is North Tarryall Peak at 11,902-ft, and anchoring the southern end of this range is the lonely South Tarryall Peak at 11,206-ft. This small, 16-mile Colorado mountain range resides within the Lost Creek Wilderness boundary. For viewing purposes the Tarryall Mountains can easily be split into two distinctive sub-ranges; the north and the south.

These complex mountains offer an arid climate for Colorado, as well as excellent hiking and climbing during winter and spring. When the mighty Colorado Fourteeners are draped in snow, conditions in the Lost Creek Wilderness usually permit easier hiking and climbing. Because of the lower altitude and the arid climate, summers in the LCW have a reputation for staying hot.

This area also presents some worthy technical climbing in Colorado, you just have to go and find it. The LCW is known for long approaches, which reserves this area for those that can handle a 2,000-ft, 4-6 mile approach to get to the goods. I would be careful not to underestimate the low elevations of the Tarryall Range, for these mountains are remote; plus once you're off trail the tree-laden landscape can present a navigational nightmare.

Having hiked in the nearby Platte River Mountains and the Kenosha Mountains, nothing beats the Southern Tarryall's when it comes to the bizarre and beautiful rock formations that provide the visual blueprint of the Lost Creek Wilderness.

Bison Peak represents the Lost Creek Wilderness "twisted granite" theme with all out passion. Bison Peak (12,431 ft.) and McCurdy Peak (12,168 ft.) reign supreme within the Tarryall Range. Bison Peak has an expansive summit plateau allowing you an endless opportunity to roam the rock gardens at will.

Just remember to bring a lot of camera film to capture Bison's unique landscape. If Bison Peak was a 14er perhaps it would be Colorado's most popular mountains, but the reality is Bison is not popular. It is for this reason that this peak will deliver huge solitude and 12.2 miles of easy class 1 hiking and 3,800 ft. of vertical gain. Mountaineering icons Gerry and Jennifer Roach sum it up best "You can hike hours through trees, then burst upon a private universe far above roads and cities. These summits let you taste freedom and touch the sky. They will draw you back."

Bison Peak's standard Southwest Ridge Route is a class 1 hike on a good trail for almost the entire 12.2 mile RT. Also, the trailhead is at 8,760 ft. and the route gets southern sun exposure making this an ideal hike for early Spring. When I hiked Bison on April 12, the snow level was 9,500 ft. At 10,500 ft. snowshoes were a must, without them I would have never made it. If your thinking about an early Spring ascent of Bison, be sure to start as early as possible, take advantage of the hard snow pack for when it heats up later in the day it makes for a postholing nightmare. There is no avalanche danger along this entire route.

From Denver Colorado travel Hwy 285 past Aspen Park, Conifer, Pine Junction and Bailey. Continue to Kenosha Pass where you will find the Kenosha Pass campground. This is a very popular campground on the weekends, arrive early with $7.00 to reserve a spot. It is only one hour from Denver to Kenosha Pass. Continue to the tiny town of Jefferson and turn left on Park County 77 (Tarryall Road). This road is located directly before Jefferson's only convenient store. Continue 16.9 miles on the rough paved road to Tarryall Reservoir, it may have water it might not. The Ute Creek Trailhead (8,760 ft.) is 3.3 miles beyond Tarryall Reservoir on PCR-77 to the left. There is plenty of parking. It shouldn't take more than two hours to get to this TH. I made it in an hour and a half.

This trail provides access for climbing Bison Peak and McCurdy Mountain. Several extended loops can be done from this point.