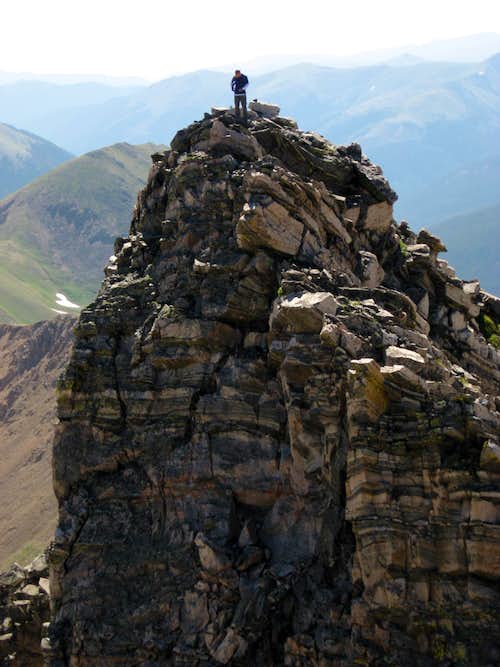 A climber atop the Citadel's East Summit

The Citadel is a dramatic, yet somewhat obscure, mountain located on the Continental Divide, north of the Eisenhower Tunnel. The peak is crowned by twin summits which from some vantages look not unlike two fortress-like towers. Known as "The Citadel" among climbers, this ranked 13er is not officially named, and is denoted as point 13,294 on the Loveland Pass quad. The mountain is also known as "Snoopy", due to it's striking resemblance to the beloved Peanuts comic strip character reclining on the top of his doghouse, when viewed from the Loveland Pass area. Despite the Citadel’s proximity to I-70, the mountain is tucked just far enough out of the way to give its environs a feeling of being immersed in the natural alpine world. Not known so as much as a mountain, as it is a climbing objective, The Citadel is overlooked by many.

The upper reaches of the mountain are guarded by towering cliffs, yet enough weaknesses exist allowing for more than one non-technical scrambling route to the guarded summits. The elevation difference between the two summits is negligible, and difficult to determine. As such, “summiting” the Citadel has always been a two summit affair. While the standard route to the summits is class 3, the Citadel also offers the potential for technical, as well as snow climbing routes. The adventurous sometimes climb the mountain in combination with its higher neighbor, Pettingell Peak via a fun and slightly technical ridge traverse. 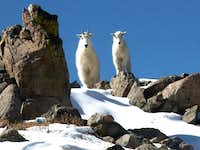 Herman Gulch is the most common approach used for climbing the Citadel. Access is simple, as the trailhead is at the parking area just off of the I-70, 218 exit. The Herman Gulch Trail takes you up the valley through forest and meadows before leading you to the upper reaches of the gulch and timberline. This is not a designated wilderness area, and therefore lacks those protections, yet it for the most part gives you an experience similar to those found in Colorado’s wildernesses. However, don’t expect be alone in this area, as it is rather popular among more casual hikers.

Dry Gulch is located to the south of the Citadel. Accessed further to the west along I-70, Dry Gulch also offers an approach to the Citadel, and is less visited than Herman Gulch.

The Citadel has long been considered a great mountain on which climbers can gain new experience. 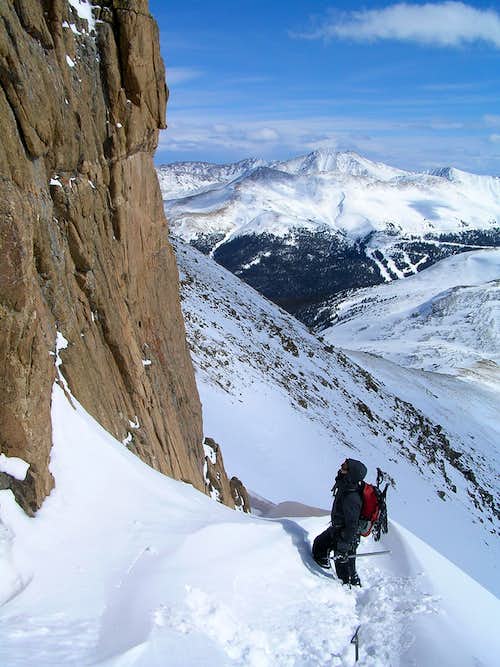 It offers climbs with some exposure, in some areas on fairly loose rock, and in some months, parts of its standard route cross areas of snow. Yet these challenging factors are all somewhat limited enough so as to serve as a great teaching experiences. The Citadel is indeed a good choice for someone looking to expand their climbing repertoire. However, the most experienced and seasoned mountaineer will certainly find the Citadel a fun and worthy objective. This is even more the case with the wide range of routes and combinations on this peak. 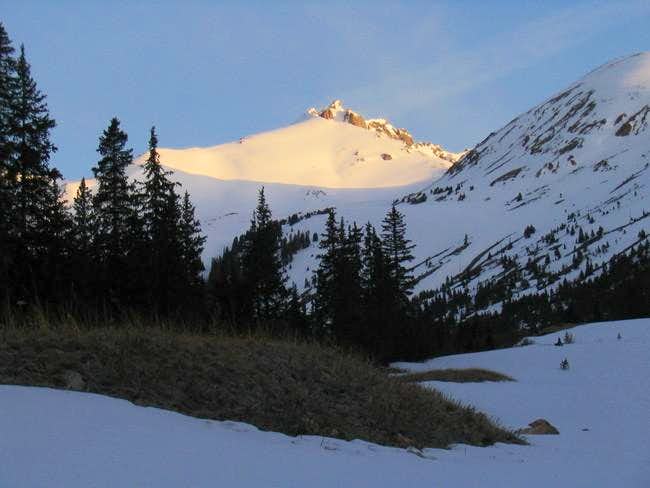 Herman Gulch
Driving from the Denver Metro direction (east): Drive west on I-70. At the Georgetown exit (Exit 228), continue on I-70 for 9.5 more miles and exit at Exit 218. This is the next westbound exit after the Bakerville exit. After exiting, turn right, and immediately make another right. The trailhead parking area is 200 ft. ahead.

Driving from Silverthorne (west): Drive east on I-70 going through the Eisenhower Tunnel. From the east end of the tunnel, continue 2.9 miles and take Exit 228. Turn left, and drive under the Interstate. Take the first available right turn. The trailhead parking area is 200 ft. ahead.

Dry Gulch
From I-70, take Exit 216 (US 6, Loveland Pass) which is approximately 2 miles to the west of the Herman Gulch exit (Exit 228). On the northwest side of this complicated interchange, north of I-70, just to the right of the westbound exit ramp, is a gravel frontage road that parallels the westbound lanes of the Interstate. Drive northeast up this road for 0.6 miles to a gate. Park on the side of the road. Continue on foot up the gravel road. The road will begin to curve in a northerly direction and enter trees. Eventually the road will bring you to some sort of cleared construction yard. Dry gulch is the drainage before you to the northwest.

Due to this area's popularity, plan on arriving at the trailhead early, as the parking can fill to capacity. There have been vehicle break-ins at this trailhead in the past, so be sure to take the proper precautions. 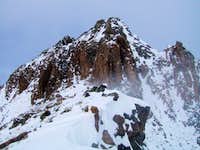 The Citadel is most often climbed in the summer and fall. Extreme caution should be exercised when visiting the mountain during the winter, and months of snow cover. The mountain lies within an area which has proven dangerous for avalanches.

In the past, climbers and skiers have triggered and been buried in avalanches, both on the Citadel, and also along the approach to the mountain. There has been at least one fatality.

The Citadel is located within the Arapaho National Forest. Dogs must be kept on a leash. Please observe any additional posted regulations, and practice leave no trace ethics. The area is not within a designated Wilderness Area, and therefore does not benefit from those protections.

To report an Emergency
Dial 911

Due to its great accessibility, the Citadel is most often climbed as a day trip from the comforts of civilization. However, camping is allowed in the National Forest which surrounds the area. Good camping spots can be found in Herman and Dry Gulches. In the case of Herman Gulch, you probably would want to venture a ways off trail due to the traffic that the area's trails see. Be sure to follow any fire regulations and leave no trace of your visit. 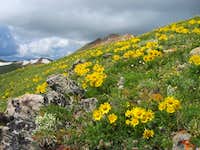 Keep in mind that some of these forecasts are for locations several miles away, and several hundred feet lower in elevation than the mountain.

9 News Webcam at the Eisenhower Tunnel