There are different stages to the Peakbagger Compulsive Disorder. Early onset can be characterized by the desire to summit peaks, frequent thoughts of mountains, or elevation seeking behavior. Middle stages of the disorder are diagnosed when the individual; A) can name every peak visible from a given summit B) keeps concise lists of all summits attained C) spends hours looking at topographic maps D) has memorized specific summit elevations E) can explain in detail just exactly what prominence or isolation is. Late stage PCD is degenerative and separates the sufferer from the things in life which they used to enjoy. Peakbagging and climbing comes first before relationships and healthy societal attachment. Chronic cases are willing to make sacrifices to continue the behavior. They become obsessed with mountain lists.  The compulsion is funneled into working the lists, completing lists or creating new lists. These hard cases are often referred to as "peakbaggers", "listbaggers", or "list-chasers", depending on the level of decline. 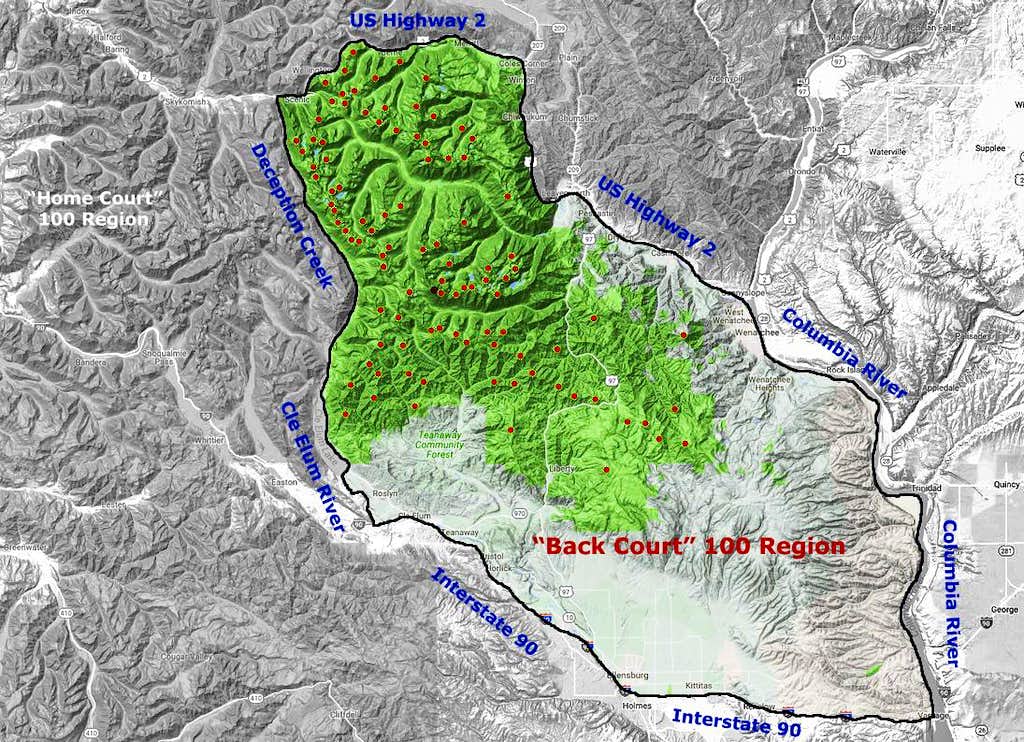 The Back Court 100 List was created by Jeff Howbert in 2000, 5 years after he created the Home Court 100. He describes it as "roughly the eastern half of the Alpine Lakes area in the central Washington Cascades. Lies north of Interstate 90, south of US Highway 2, and east of Deception Pass (i.e. Deception Creek and Cle Elum River), extending to the Columbia River." Unlike the Home court list which has a prominence cutoff of 500 feet, the Back Court only requires peaks to have 400 feet of prominence to qualify. Mr. Howbert is a University of Washington professor who is best known in the peakbagging world for his creation of these two important lists. What's special about these lists is that they are less elevation focused and more strictly regional. The borders for these lists confine a smaller area. Located between Seattle and Wenatchee, the major hubs of society, these peaks are highly accessible, making them some of the most convenient lists to work in Washington State. 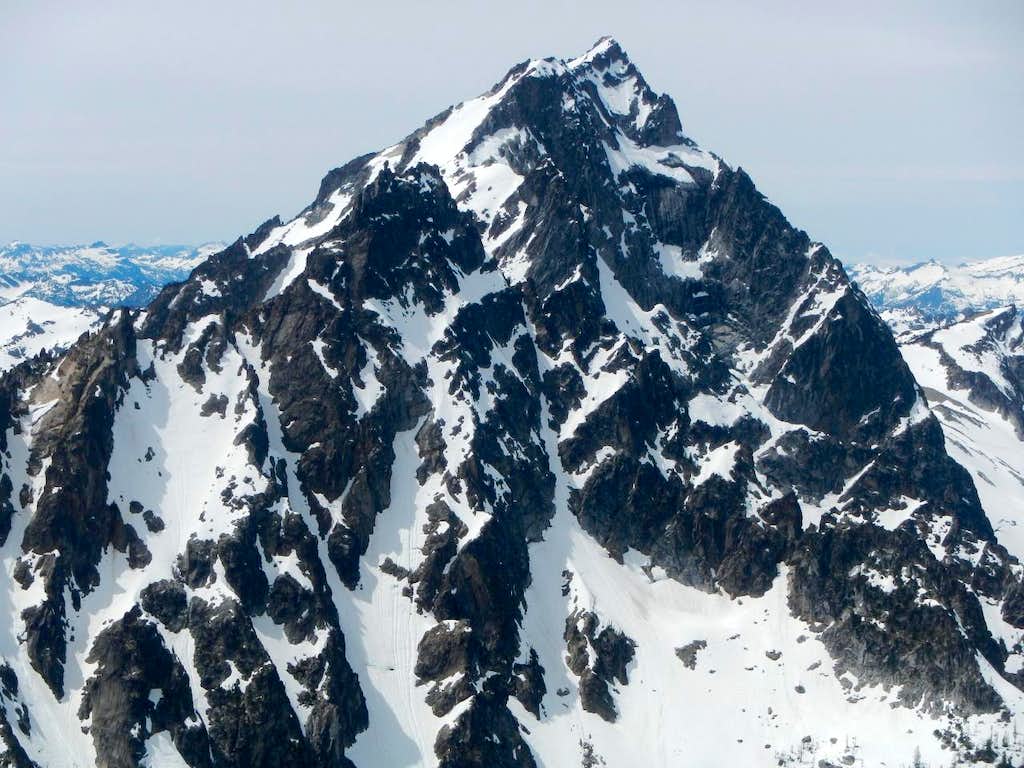 Mount Stuart is the highest peak on the list

The Back Court 100 encompasses several very popular hiking areas, including but not limited to the Enchantment Lakes Basin, the Stuart Range, the Alpine Lakes Wilderness, and the Teanaway. The first 9 peaks on the list are also WA Top 100 peaks. Generally speaking, the Back Court contains easier peaks than the Home Court because mountains east of the crest have thinner tree cover and less vegetation as well as better trail access. The Home Court contains a number of very rarely climbed peaks while the Back Court has only a few. The Back Court also has fewer technical climbs requiring the use of rope on standard routes and all of them are located in the Stuart Range.

Many thanks to Jeff Howbert for creating this list for us acolytes. See his original article.  Also please contact me if you have created a new mountain page to add to this list.

It takes an incredible amount of determination to finish a list of 100 mountains. The "courtiers" are are an elite group of peakbaggers, the very first people to complete this list. Bold indicates the "courtiers" who have finished both the Home Court and Back Court lists. 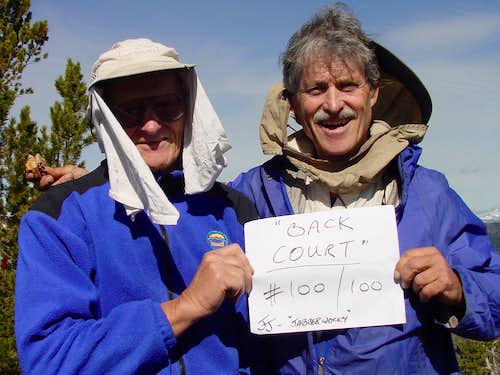 Home court and Back court finisher

I finished the Home court 100 on Venus Mons, aka Venus-Spade, aka Ares Peak on 18 July 2014. I believe that makes me the 5th finisher. I finished the Backcourt peaks about a year later: Horselake Mountain on 18 July, 2015. Chris Robertson

Re: Home court and Back court finisher

Hi Chris, As you can see your name and date is already displayed in the rankings. I believe you are the 6th finisher. Is there anything that needs to be corrected? -Adam