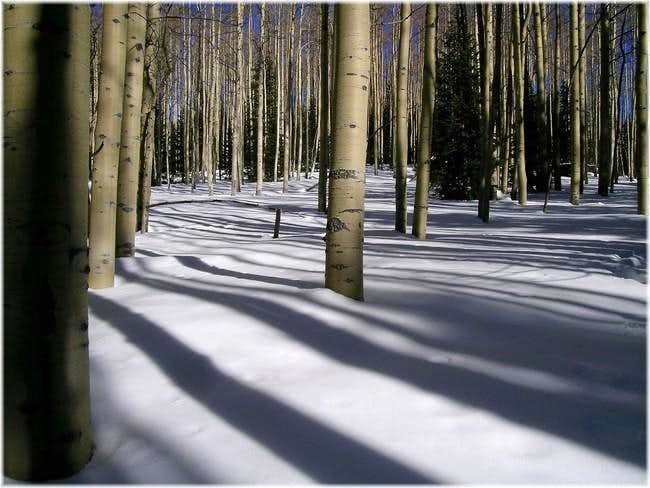 The Gores are more of a range consisting of 12-13,000-ft ridges, rather than separated peaks. A few of the more prominent ridges actually have names like, Zodiac Spires, Rockinghorse Ridge, Ripsaw Ridge and the Grand Traverse. With 50 peaks over 12,000-ft, none attain the magic 14,000-ft mark, which is the primary reason for the Gores obscurity. This is one of Colorado’s most rugged mountain ranges and the rock quality is generally good.

Only 60 miles from Denver, Colorado the Gore Range as a whole is relatively inaccessible due to the lack of mining roads that normally criss-cross other Colorado mountain ranges. The Gores also have a rep for a lot of trailhead access red tape, due in large part to private property. Hikers and climbers not interested in long approaches and heavy vertical might want to look elsewhere for their adventure.

Overall, the west side of the Gore Range is more accessible than the east. Approaches that start from the east are few because of private property, in return, expect even longer approaches and expect a poor network of trail systems. Precise planning and execution are of paramount importance when selecting routes in this range. Armed with a loaded backpack and good maps, many of these quiet summits can be climbed without a rope. Major faces and long jagged ridges provide unlimited technical climbing opportunities as well. An ice axe is highly recommended on any early season climbs.

Officially named peaks in the Gore Range are hard to come by, only a few of the Gore highpoints have official names. Differentiating the highpoints on a map or while hiking has challenged all of us at some point. Thankfully we have the CMC to make sense of all of that rugged terrain. In 1932, CMC members Carl Erickson and Edmund Cooper used letters to assign summits in the obscure Black Creek Basin and the CMC subsequently tended and expanded the system (Jacobs & Ormes- Guide to Colorado Mountains.) The lettering system for naming peaks has frustrated many casual visitors over the years, however Gore Range enthusiasts seem to embrace the system. It won’t be going away anytime soon. 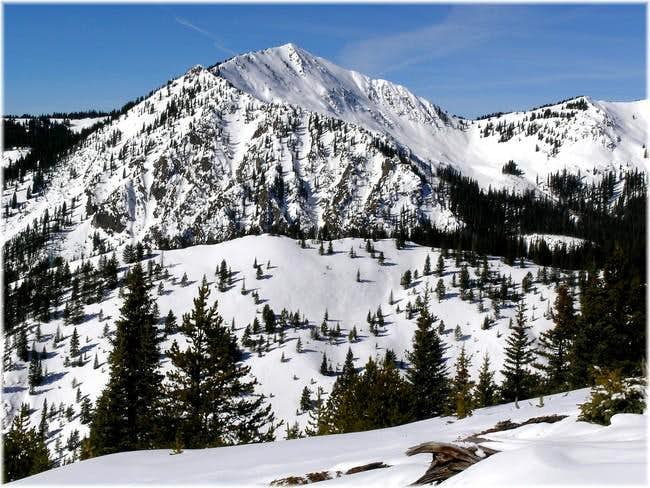 Overshadowed by a 13,000-ft, dancing skyline of rugged and shapely peaks, the officially named Bald Mountain (12,136-ft) just kicks back and enjoys the view of its bigger brothers and sisters. Throughout the years Bald Mountain has chosen to erode in the perfect place just 3 miles south/southeast of the main 13,000-ft backbone of the Gore Range or the Central Gore’s. Mountainous terrain like The Partners (East and West), and the rugged Ripsaw Ridge (Peaks C, D, E, F, G) all reside here and the perfect place to view them may be from Bald Mountain’s suspended and isolated summit. I made the decision not to submit an awesome panorama of the immediate Gore Range from Bald's summit in the spirit of the unknown; wishing that you go check it out on your own. Believe me, the view very well might make you pee down your leg!

The quiet Middle Creek Drainage and the popular Booth Lake Drainage are separated by Bald Mountain’s gentle southwest ridge, which eventually terminates at I-70 across from the mega ski resort of Vail Colorado. Thus, year-around trailhead access can’t be better. Thus, Bald Mountain can and should be climbed in the winter. Because of Bald Mountain’s proximity to Vail, one might expect a lot of local winter traffic. Thank goodness most people would rather drop $70 to ski Vail than climb 4,000-ft in 5 miles to a cold summit.

Bald’s southwest ridge is a really nice place to be in the winter, complete with picturesque, leafless stands of aspen trees and beautiful open glades for either snowshoeing or teleskiing. The entire route is class 1 but don’t underestimate the level of commitment it will take to summit Bald Mountain, expect 10 miles round trip and about 4,000-ft. There are many standard routes on our popular 14ers that can’t match those statistics. A winter excursion will take up your entire day.  The ridge also receives southern exposure.

Locating the Bald Mountain TH is easy. From Denver, take I-70 west, past the Eisenhower Tunnel and on to the popular ski towns of Dillon and Silverthorne. Continue past Copper Mountain Ski Resort and on to Vail Pass. From Vail Pass, descend down to the city of Vail, Colorado and take exit 176 and make a quick right onto a hwy feeder road and look for the parking area on the left.