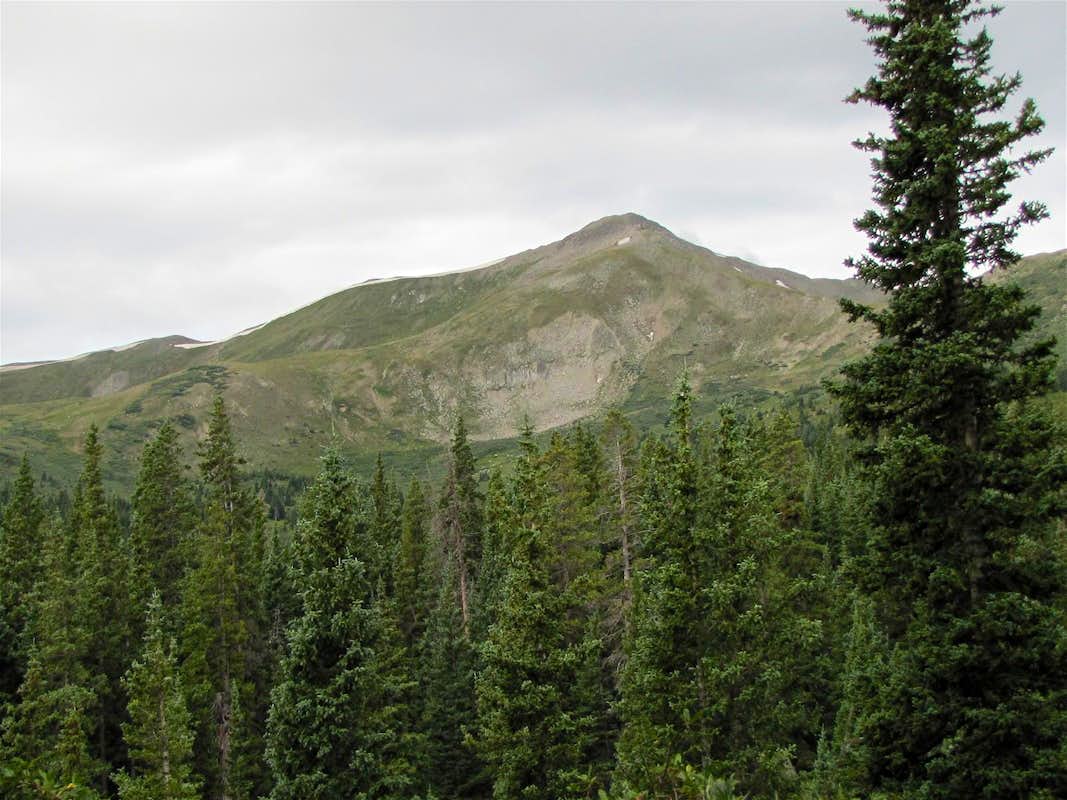 The northeastern face of Peak 12885 ft Peak 12885 ft sits on the Continental Divide in the Sawatch Mountains of central Colorado near the town of Buena Vista. It belongs to a group of nameless 12ers that rise at the western end of Chalk Creek Valley. Like most of its neighbors, Peak 12885 ft has gentle slopes that allow easy access to its summit.

A four wheel drive road known as Tincup Pass Road starts in the ghost town of St. Elmo in Chalk Creek Valley and heads west going through the 12154 ft Tincup Pass. Alpine Tunnel Trail (see Mt. Helmers Page) branches off of the eastern parts of Tincup Pass Road and goes through the 11940 ft saddle at the base of the summit of Peak 12885 ft. From the saddle, you could hike up the grassy eastern slopes of Peak 12885 ft to reach its summit (Alpine Tunnel Trail continues south beyond the saddle to reach the ghost town of Hancock). 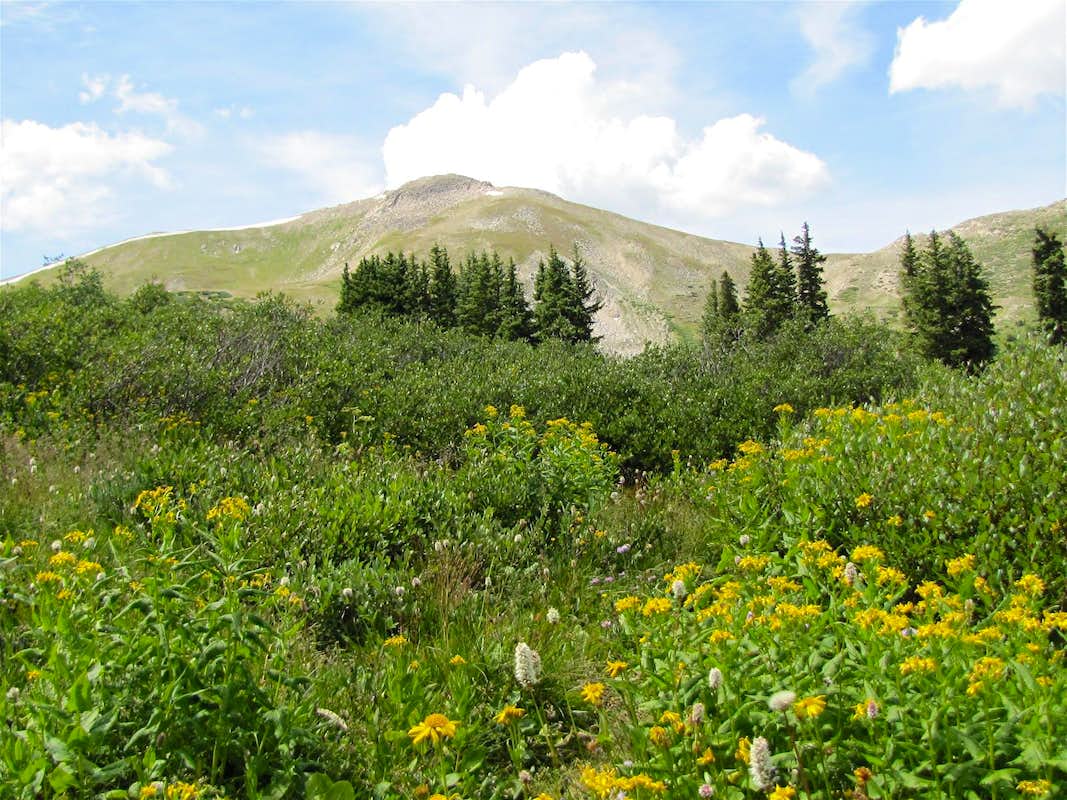 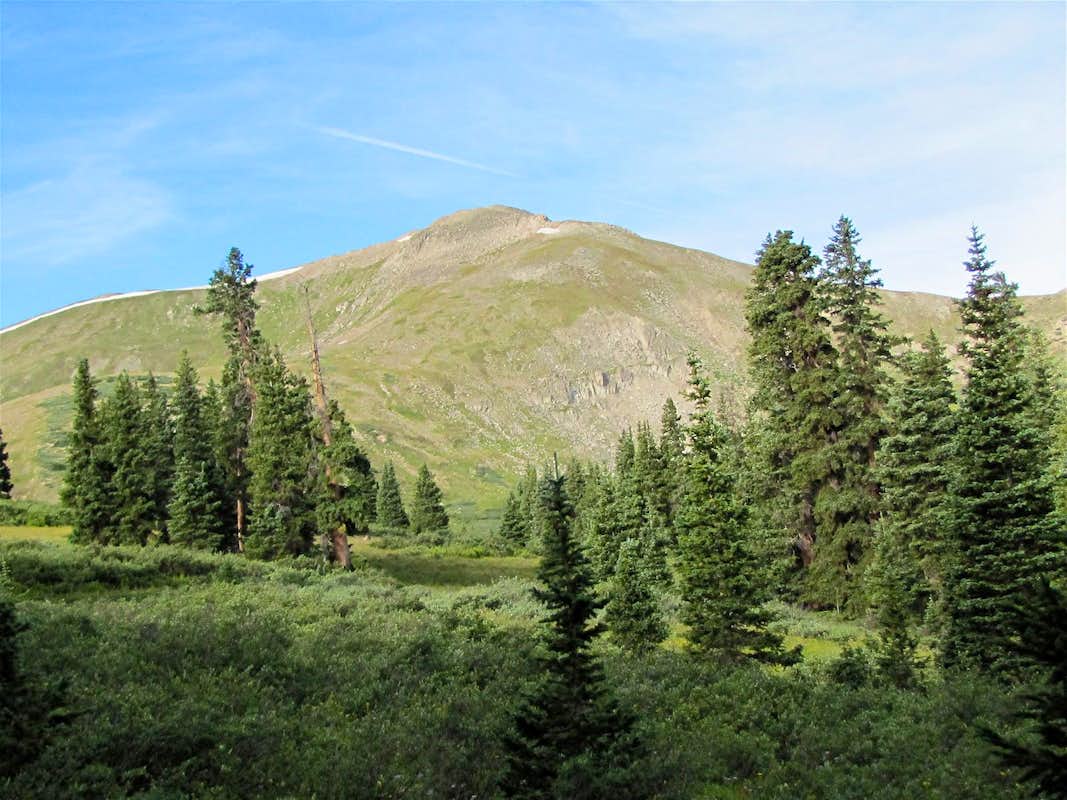 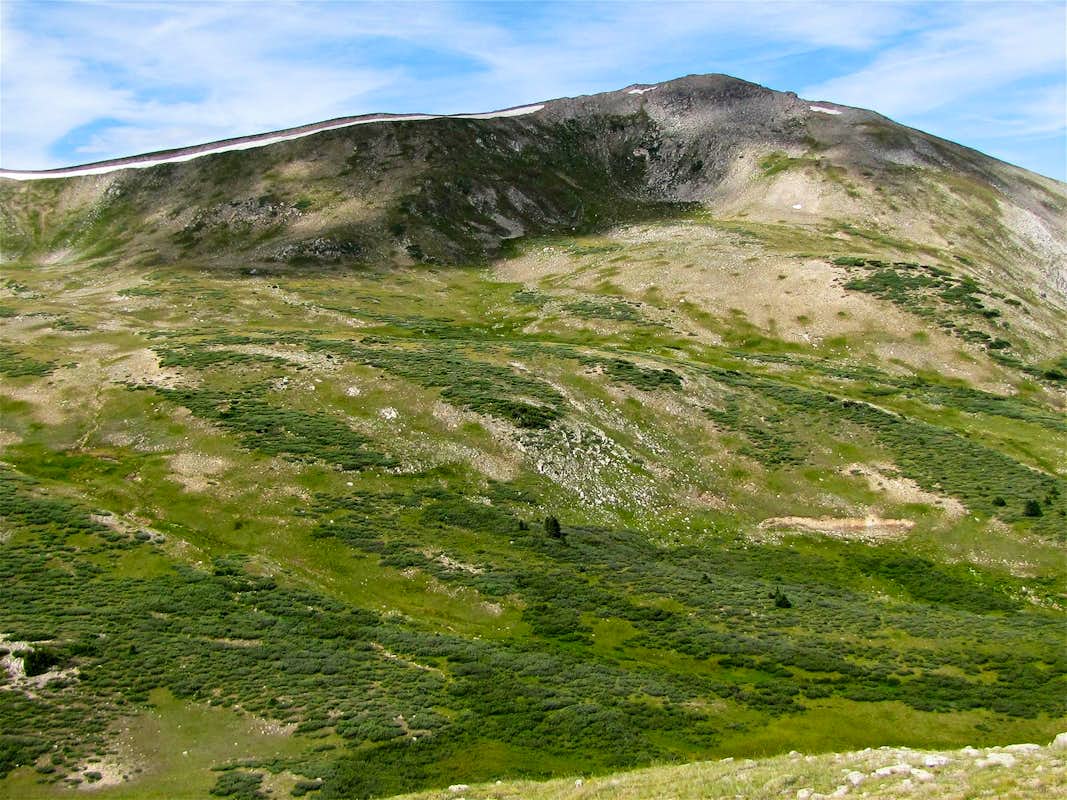 Meadow at the beginning of Alpine Tunnel Trail

Directions to the beginning of Tincup Pass Rd in St. Elmo:

From the town of Buena Vista drive 8 miles south on Route 285 to a place known as Nathrop and then turn west onto Route 162. Drive this road 16 miles to the ghost town of St. Elmo (the first 10 miles are paved and the rest is a well graded dirt road). In St. Elmo, go thru “Main Street”, turn right and cross the bridge to the north side of Chalk Creek. Then make an immediate left and continue to the west end of town.

See the forecast for the nearby town of Buena Vista.